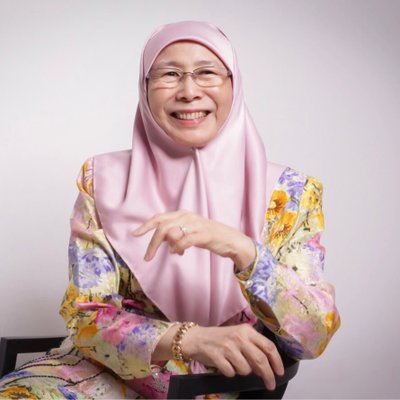 It was on 10th May 2018 that Malaysians everywhere celebrated the rebirth of their nation. The fourteenth general election was highly anticipated and the results were shocking. The government of over 60 years had finally lost, and this was the mark of change. This event shed light not only on the power of the youth but also the influence of women and the role they play. For the first time since independence, Malaysia’s Deputy Prime Minister was going to be a woman. Dr. Wan Azizah beat the odds and the bigotry of low expectations around her. Throughout the campaign and even to this day, many doubt her capabilities as a politician.

“She’s too soft, she won’t be able to handle her position well”

“We need a better deputy prime minister, someone brave and confident”

This is what women in politics are subjected to, people use the stereotypical characteristics of men as a sort of necessity for women. Politicians need qualities, to be able to represent their people and lead a peaceful country. Who is to say that Dr. Wan Azizah has not been brace and confident all this while, just because she is soft-spoken and wears a hijab does not make her any less capable than the prime minister himself. She campaigned fearlessly even after the incarceration of her husband. She fought for justice and her hard work paid off.

Society needs to recognize that there is no default setting, not everybody is going to fit the same mold and regardless of the field, women have proved the patriarchy wrong. We should not be doubted because of our gender alone, that would be the oldest form of sexism.

It is these little things that float around in our daily conversations that actually do have an impact. When you belittle someone for just because you’re not used to such change, it only reflects on how unprepared you are to face the future.

Wake up, the future is female.

Loshanna Lakshmishree Ravi
I'm a 17 year old Malaysian passionate about feminism and nasi lemak. I like cats and doggo memes. I throw shade at ignorant boys and eat curry on a daily basis. I was a national debater and public speaker, I also used to write articles for a local newspaper.