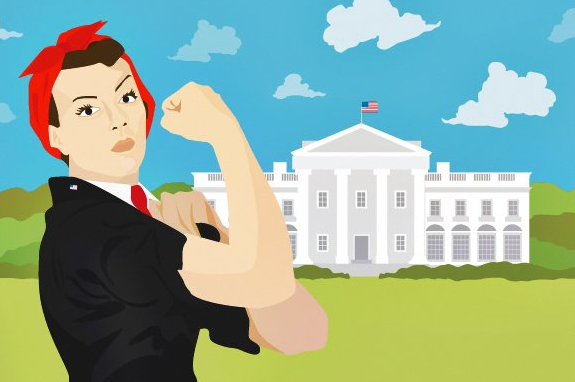 Who is Pennsylvania boy? He was nothing.

Pennsylvania boy was a cute boy in my math class who didn’t matter. He was the person who wore bright colors. He talked a lot. He was friends with the pretty Hawaiian girl who I had English with. And that was that. He didn’t matter.

Going into journalism, I thought that I would be surrounded by people who knew what they were talking about. I thought that I would be surrounded by people like me… people who want to change the world. I quickly learned that entertainment and sports media dominated the majority of journalism majors. People don’t care about politics. People don’t care about world news or the next country to get bombed, or even the next mass shooting. The Holocaust was sad, the 9/11 happened, and Bin Laden was dead. And that was that. Everyone knows pieces of history but don’t care enough to see it replicating in modern day to want to fix it.

In the sense of bringing change into the world, or even having knowledge of the world, I’ve felt nothing but alone.

But as I said before, having one conversation with a person and listening, really hearing them, can change a whole perspective that you thought could never be swayed.

He didn’t do anything too exciting, Benjamin. Ben, for short.

I was sitting in my math class on my computer, probably wasting some time on social media, when he walked in.

“Hey, what’s up guys?” He said. It was standard, and I didn’t make anything of it. Frankly because he always walked in and said hello to the few people that were sitting in the room. His voice is loud, and I liked to compare it to something like a rumbling boulder.

Ben didn’t even wait for anyone to reply because he looked at me directly and said, “I’m actually considering going into radio now and it’s all because of you. Radio or broadcast.”

“I’m hoping to go into Broadcast, but you really have the voice for radio. You should try UNLV radio!”

He looked puzzled for a second because he wasn’t aware that UNLV had that, but responded with, “Good looks.” Because what is a conversation between millennials without some type of new slang?

He was quick to avoid letting the conversation die, and for once, I was happy that he didn’t. The next words that came out of his mouth sparked my interest more than ever before.

Obviously, my liberal ass almost jumped out of my seat. A boy? Wanting to talk politics? With me? It was a fucking Christmas miracle in the middle of April.

But here’s the thing. People, (I hate to say it, but mainly guys) usually want to talk politics to talk about how much more knowledgeable they are than you. I’ve had dozens of conversations  where I want to pull my hair out because it’s hardly ever a conversation. It’s always, “I know more than you and I’m going to prove it.” (Even if they don’t.)

Surprisingly, that didn’t happen with him. Four of us just sat in that room and talked for a good 15 minutes. Even as people walked in, we continued the discussion with no shame.

We spoke about Donald Trump, the parties that we define as, our backgrounds, and what we stand for. The conversation was carried between Ben and I because we were the two who were the most interested in political affairs. I told him that I was a political science minor and that I would like to become a political commentator. He told me he was a business minor that also loved politics. It was fair game for both of us.

We got along through one common love for wanting one thing: to have a discussion. To hear someone’s opinion and tell your own with certainty that it would be heard and thought about to the greatest extent.

We talked until our professor came into class and told us to “cool it.” So we did.

After class, he asked my friend and I to wait for him so that he could talk to us more about what was going on in the world.

The three of us walked to our next classes while talking about our ties to Russia, the situation in the Middle East, and the Syrian Refugee Crisis.

It was another 15 minutes of just taking, and I learned many new things that I probably would have never known before. I got an entire history lesson in about 5 minutes. It was wonderful—and honestly refreshing to have someone know what they were talking about and actively share it.

I was already late to class so I said my goodbyes and almost walked away when I heard a rocky voice say, “Wait.” I turned around to see what he wanted to say and what he said next made me cry as I walked to my next class.

“You’re smart Marlyn. You know what you’re talking about. I believe you when you say that you’re going to make a difference.” With that, he turned on his heels and walked away.

When was the last time that I spoke with someone and felt inspired? It was at the 2016 Third Presidential Debate. I won a ticket to go see Hillary Clinton and Donald Trump battle it out. I was charging my phone by the bathroom when I ran into a lady and somehow got into a conversation with her over politics. We talked about women in politics and she told me about the unfair numbers and how women are very unequally represented in the government. Her name was Amy Pearl, and she is the woman that made me the person that I am today.

I credit her entirely for sparking the flame and helping me find my new love for politics, and making sure that women become equally represented.

Ben is the next person that I am crediting for keeping me inspired to be a woman in politics. He said himself that it should be entirely 50/50. He told me that “running the government isn’t a mans job. It is a persons job.”

He’s obviously right. And guess what? I’m a person.

Lastly, here’s the thing about Ben. I knew he wasn’t from Las Vegas because people here don’t just start conversations with each other. We aren’t like that. We aren’t friendly.

On our way to class, he was talking about issues in the Middle East when I stopped him and said, “Wait, Ben. Where are you from?”

5 Reasons Why You SHOULD Date Indian Girls 14740