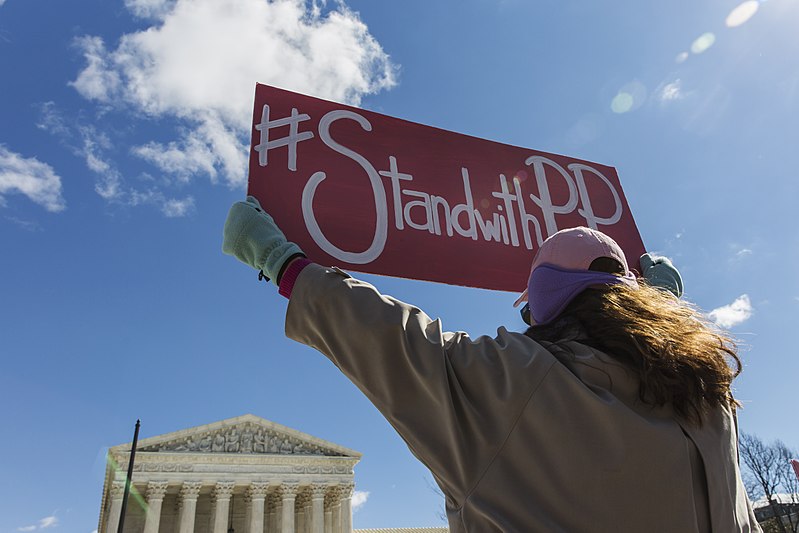 Planned Parenthood has faced scrutiny and opposition for longer than I’ve been alive. Right now, Donald Trump and his administration are working hard to block people’s access to Planned Parenthood. This is because they are anti-choice and don’t want people with uteruses to have access to abortion services. However, they are also blocking people’s access to services like preventative care, birth control, primary care, and sex education. Additionally, they are disproportionately impacting those with low incomes, which includes groups like LGBTQ+ people, people of color, disabled people, and women. In fact, their actions will potentially prevent those that Planned Parenthood serves, roughly 2.4 million people, from accessing basic healthcare services.

What services does Planned Parenthood offer?

When most people hear the name Planned Parenthood, they think of abortion. I used to make this assumption as well until I worked at Planned Parenthood and realized that they offer so much more. Don’t get me wrong, abortions are essential healthcare services, and anyone with a uterus should have access to safe, affordable abortions. However, Planned Parenthood primarily focuses on primary care, birth control, and preventative care, consisting of pap smears, breast exams, and STI testing. Additionally, they provide necessary information on sex education, healthy relationships, and pregnancy. In fact, on their website, they state that only 3% of their health services are abortion services.

Who does Planned Parenthood serve?

How is the Trump-Pence administration threatening Planned Parenthood?

1: Title X is a federal family planning program that provides low-income patients with access to family planning and preventative health services. In 2019 Trump issued a “gag rule,” which makes it illegal for providers in the Title X program to give people information about where they can access abortion services. It also adds restrictions that block Title X patients from accessing healthcare and birth control from Planned Parenthood.

2: Since his inauguration, Trump has been busy appointing federal judges that have histories of narrowing reproductive rights. Additionally, Trump has been nominating Supreme Court justices, like Neil Gorsuch and Brett Kavanaugh, who have openly opposed abortion in the past. This is particularly frightening because these judges’ decisions could have severe consequences on reproductive rights.

3: Medicaid is a program that provides insurance for those that cannot afford it on their own. There are many people, roughly 70 million, that rely on Medicaid for coverage. The Trump-Pence administration is recommending that states switch their Medicaid programs into block grants. These block grants would cap federal funding for the program and give states the power to cut benefits. Groups that would be directly affected by these decisions are low-income earners, which often consists of people with disabilities, people of color, and LGBTQ people. Furthermore, 62% of people that rely on Medicaid identify as women.

What does all of this mean?

Trump and his administration have proven, by attacking reproductive rights and basic health care, that they do not care for marginalized Americans. Without Medicaid, many low-income patients will not be able to afford health care. With Trump’s Title X gag rule, patients are less likely to get information and access to safe and legal abortions. Moreover, without Planned Parenthood, millions of people will no longer be able to obtain essential health services. These actions only exacerbate the vast inequalities in the medical system and will leave our most vulnerable populations without safe, accessible care.

How you can help

There are many ways you can help Planned Parenthood fight back. These are the four main ways they recommend you get involved:

Planned Parenthood collects their patients’ stories so that they can share them with members of Congress. You can go online at Planned Parenthood and share your own story. On this website, you can also look into volunteering at your local Planned Parenthood. Likewise, if you are able, they are always accepting donations. These donations ensure that they are able to continue offering essential services to those in need. Lastly, don’t forget to vote! Voting is how we, as a collective, can enact change and defend our rights and democracy. Go check your voter status to make sure that you are registered to vote!

Read also:
Ruth Bater Ginsberg And How She Revolutionized Gender Equality Efforts In The Courtroom
Keep Your Hands Off My Underage Uterus
What The Alabama Anti-Abortion Law Means For The Future Of Roe V. Wade

Savita is a creative writer and journalist from Santa Cruz, CA. She is passionate about reproductive health, sex education, self empowerment, and the outdoors. In her free time she enjoys getting outside to hike, backpack, and find inspiration for her writing.