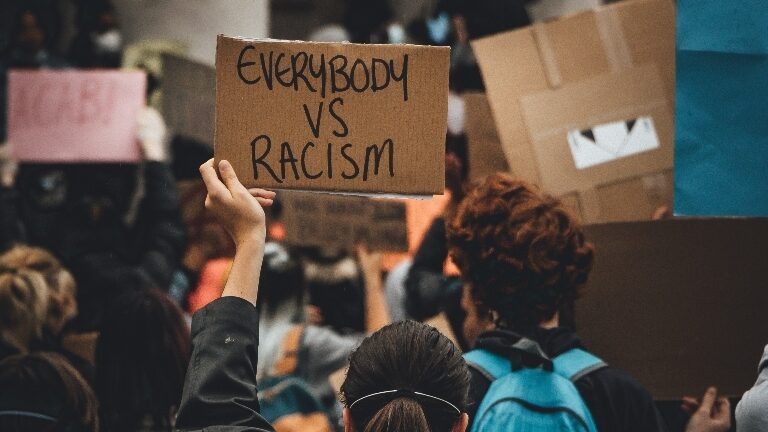 The recent Black Lives Matter protests, occurring in the wake of several instances of police brutality resulting in the death of Black Americans, have been a unifying force in many ways. People of all demographics are coming together in support of and solidarity with the Black community. Many white Americans are seriously evaluating their privilege and educating themselves about racism for the first time. As a result, reading lists, online lectures, and article recommendations abound on every social media site. Many of these educational resources seek to illuminate the lies and gaps in the story of race in America, as told by the American education system.

For what may be the first time ever, Angela Davis and Malcolm X are household names regardless of the race of the people in those households. Of these new recruits to the fight for equality, many of the most newly vocal are white women. Women in America are no strangers to systemic oppression and inequality. However, as female voices across the nation begin to coalesce into a powerful anti-racist force, it is now more than ever deeply important that white women, in particular, are aware of their historic role in anti-blackness in America.

Following the Emancipation Proclamation and the freeing of the slaves in most southern states, many white people were concerned about the disrupted racial power balance. White plantation owners and common men alike sought a way to re-establish dominance over the newly freed Black population. Widespread murdering of Black people occurred, and perpetrators claimed they were simply responding to race riots or that the violence was necessary to prevent Black people from voting. But once these rationalizations were no longer enough, the third and most deadly justification arose: Black men must be killed to protect the purity of white women. This was the ultimate, bulletproof excuse because the purity and chastity of white women were held in extremely high importance in America at this time.

The foundation for this phenomenon was set in the 19th century when the expectations for women were very different from those of today. Indeed, there existed a set of virtues which all women —white women specifically—were expected to embody. These four virtues were piety, purity, submissiveness, and domesticity. Essentially, these virtues carried with them implicit rules for women’s behavior, specifically related to their moral character and sexuality. This framework was known as the Cult of True Womanhood, which dictated that women were, above all else, to be chaste and pure. What was important, in order to be a true woman, was one’s existence in relation to men: one’s ability to be a good and appropriate mother, sister, and daughter.

Furthermore, women were expected to participate in sex exclusively for reproduction, while the perceived moral inferiority of men permitted male promiscuity. Because white women were essentially stripped of all sexual autonomy, no sexual decisions that they made were acknowledged. Any deviation from the expectation of purity was indicative of insanity, satanic interference, or other external forces.

These conventional ideas about the chastity and purity of white women contributed directly to the exacerbation of racial divisions in the post-Civil War South. White women’s purity and lack of sexual autonomy were weaponized to sustain the lynchings of Black men. Any interactions between a Black man and a white woman were seen as threats to her purity, and because she could not possibly desire such interactions, they were inherently non-consensual and entirely his fault. Even if a woman publicly proclaimed her love for a Black man and defended their relationship, her words would be interpreted as insanity, or simply ignored altogether. Therefore, white men began claiming that Black men were raping white women and killed them on behalf of white female purity.

While the lynchings of thousands of Black men on the basis of white women’s purity is an abominable fact of American history, it is not the only way that the Cult of True Womanhood perpetuated racial violence and racism. The requirements for “true womanhood” limited the ability to be a true woman to white women, completely removing Black women from the narrative. Furthermore, slavery both dehumanized Black women and assured that they would have no chance of embodying the four virtues necessary for “true womanhood.” This set the stage for the ways that popular feminism and societal conventions regarding what it means to be a woman almost always excludes Black women.

In many cases, popular feminism does not only exclude Black women but may also perpetuate harm against them. For instance, Margaret Sanger’s advocacy for access to contraception came at the expense of Black women when she sided with eugenicists to further her agenda. Examples such as this are horrifically common even today, and they illuminate how establishing “true womanhood” as not achievable for Black women has had implications carrying over through centuries.

America’s past is entrenched and built upon anti-blackness, and it is the responsibility of anyone who wishes to be an ally to be aware of this history. White women exist at the intersection of sexism and white privilege, and many of these women feel threatened when they are reminded of the latter. However, it must be remembered that, as stated by the Combahee River Collective, “if Black women were free, it would mean that everyone else would have to be free since [their] freedom would necessitate the destruction of all systems of oppression.”  Unity is essential to an effective revolution against corruption, but it comes at a price. White women cannot expect to be welcomed with open arms into a fight against racism until they come to terms with the racism that they themselves have perpetuated

Read also:
The White Savior Narrative: Why Movies Like “The Help” Are Problematic
Trump Puts Trans Lives At Risk
Three Black Ballerinas You Might Not Have Heard Of

It’s Not Your Job To Forgive Jenna Marbles

An Evolution Of The Predator In The Year Of Progress