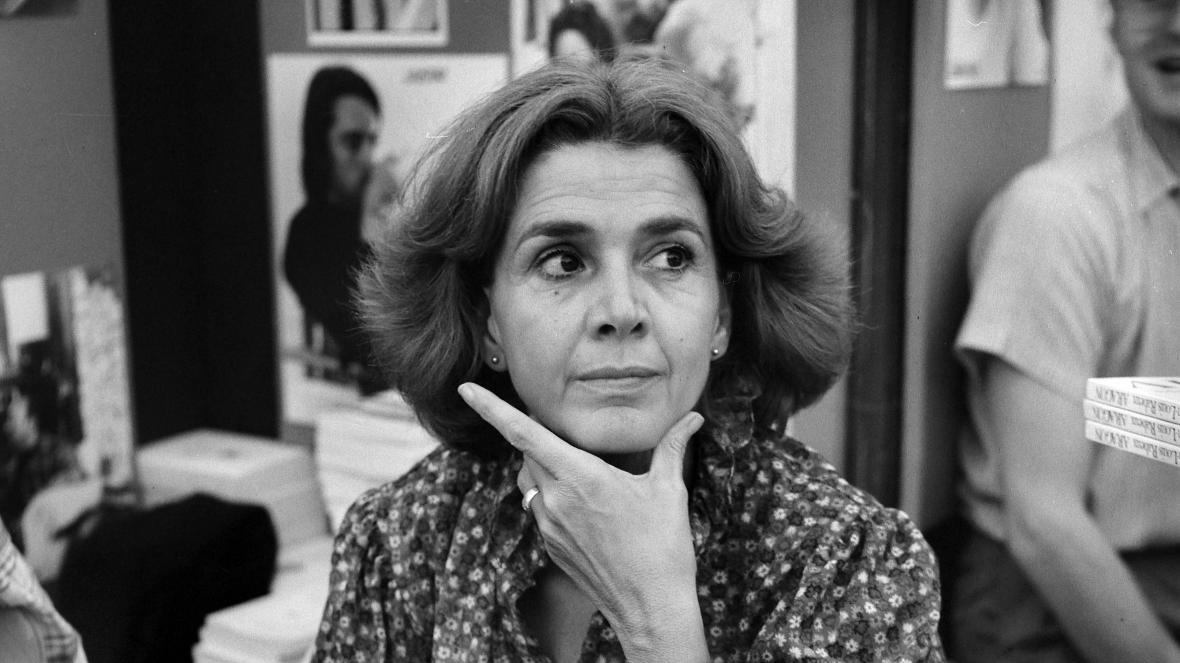 Photograph of Gisèle Halimi by The Times

On July 28, 2020, the renowned Franco-Tunisian lawyer and feminist, Gisèle Halimi, died just a day after her 93rd birthday.

Born in 1927 in Tunisia to a conservative family, Halimi described her childhood as “full of sun, sea, and soccer.” Despite the blissful memories she recounted in interviews, Halimi grew up in a society that placed women and daughters in a subordinate position. From a young age, Halimi felt herself living in the shadows of her two brothers. It was very clear to her that life as a woman would be far more difficult than living in the twentieth-century Maghreb as a man.

She was continuously described as a rebellious child, perhaps stemming from her refusal to go through with an arranged marriage at the age of 16. But Halimi explained her behavior as a desire to defend herself. At the age of ten, Gisèle Halimi was already certain that she wanted to become a lawyer.

Her dream came true when she left Tunisia at the age of 18 to study law in Paris. Halimi felt very strongly about erasing oppression and advocating for equality and change. As a young feminist, her determination and passion for women’s rights solidified greatly when she became pregnant during her studies.

Certain that she did not want to keep the baby, Halimi had an abortion – an illegal abortion.

In case you aren’t familiar with the French legal system, abortions were legalized in 1975. This was long after Halimi made her decision to terminate her pregnancy. And while we’re at it, in case you aren’t familiar with French colonial history, Tunisia was a French colony until 1956. As a colonized woman studying in France, Halimi experienced a great amount of racism and discrimination.

After obtaining her law degree, Halimi dedicated her work to defending Tunisian and Algerian activists. Both Tunisia and Algeria were waging wars of independence against French colonial powers at the time. Halimi committed to achieving justice no matter the cost, was involved in several highly controversial, yet revolutionary cases. The issues of these cases were not solely limited to matters concerning colonial independence: Halimi also spent her career fighting for women’s rights and issues such as the abolition of the death penalty, the decriminalization of homosexuality, and the right to legal and safe abortion.

The Case of Djamila Boupacha

In 1960, an activist for the Algerian National Liberation Front (FLN) named Djamila Boupacha was arrested for attempting to set off a bomb in Algiers. After being taken away by French colonial soldiers, Boupacha was tortured and raped by the soldiers. As her defendant, Gisèle Halimi’s objective was to garner the support of the public opinion. When the French general public became aware of the horrific acts of violence and sexual abuse being carried out against the colonized citizens, there was a great uproar. Thankfully, Boupacha was pardoned and freed in 1962 after Algerian independence.

The Case of Marie-Claire

“We believe that the act of procreation is an act of liberty and no law in the world can force a woman to have a child if she does not feel capable of taking on this responsibility.” – Gisèle Halimi, 1972

One cannot discuss Halimi’s legacy without mentioning her enormous role in the decriminalization of abortion in France. She was considered a revolutionary for her time by demanding that women have the right to choose. Halimi continuously asserted pro-choice beliefs and utilized her law degree to make real change in society.

The case of Marie-Claire, a young 17-year-old girl who got an illegal abortion after being raped, sparked great debate. Halimi’s handling of the case ensured that public support would be on Marie-Claire’s side. The issue was not simply that the young girl had an abortion. While society was largely adamantly against abortions at the time, this wasn’t the only element of the case that Halimi shifted her attention to. It’s vital to keep in mind that in 1972, rape was not recognized as a crime before the law in France.

Yes, that’s correct. Rape was not a crime. That is why we also cannot forget to talk about Halimi’s role in the criminalization of rape in addition to her fight for legal abortions.

For the Franco-Tunisian lawyer, the right to an abortion, and the criminalization of rape went hand in hand. Because the act of rape was not recognized as a crime before the law, Halimi frequently spoke about the ridiculousness of this reality. While she had many enemies in the political and legal spheres, Gisèle Halimi never slowed her fight against injustice. She expertly combined her legal knowledge and dedication to gender equality to lead the feminist battle of the second half of the twentieth century.

In the later years of her career, Halimi went on to write numerous books and became more involved in politics. She was even elected to the National Assembly as a deputy from 1981 to 1984.

Gisèle Halimi was a true revolutionary. Her intelligence and determination paved the way for greater equality. This was specifically in the French legal system and in the former French colonies of Tunisia and Algeria. Her role in the legalization of abortion and criminalization of rape are among her many remarkable achievements. She was an amazing mother, friend, lawyer, feminist, writer, and woman.

I, for one, am thankful for the hard work and kindness that this woman has brought to the world. We were truly blessed with an amazing soul. Thank you, Gisèle Halimi.

Read also:
8 Reasons Why We Are Tired Of Fighting For Women’s Rights
Body Neutrality In The Age Of TikTok And Quarantine
The Choice Of Being A Feminist

Difficult Decisions: Concerns For Students And Teachers Amid The Pandemic