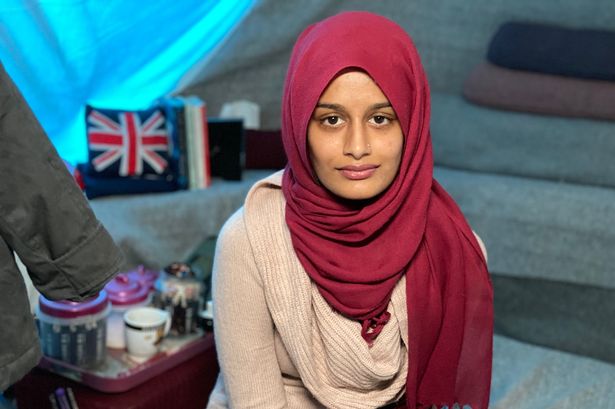 The Court of Appeal has ruled that Shamima Begum should be allowed to return to the UK to contest the Home Office’s decision to remove her British citizenship. The Court of Appeal states that Begum has been denied a fair hearing as she cannot make her case from the Syrian camp she is residing in.

The ruling leaves the government obliged to facilitate Begum’s appearance in UK court, despite their previous stance stating they would not assist her with this.

The response to the Court of Appeal’s decision has been overly mixed. Many believe that they made the right decision. Shamima is a British citizen and was also groomed and radicalized when she was a vulnerable teenager. No, this didn’t happen in Syria; it happened in Britain. No matter what her crimes are, she is Britain’s responsibility and must be brought to justice here.

Sajid Javid, the former Home Secretary, decided to strip Begum of her British Citizenship in 2019, which has been seen as widely controversial. Begum was born in the UK. The decision to strip her citizenship is clearly based on the fact that her parents are Bangladeshi immigrants. If the Court of Appeal were to ban her return, this would set a dangerous precedent for other second-generation children.

Sajid Javid has also been criticized as his revocation of Begum’s citizenship also impacted her now-deceased child. His decision left Begum with nowhere to turn, and her child died in a Syrian refugee camp. Many child welfare advocates have also spoken up on the matter. It’s a widely held consensus that children of foreign nationals remain exposed to life-threatening conditions while in refugee camps.

Despite all this, many have taken to social media to explain their viewpoint. Some say it is not Begum’s move to Syria or her radicalization that leaves them lacking sympathy, instead, it is her lack of remorse as a now 19-year old woman. Begum has previously stated that she saw the Manchester bombing attacks as retribution for attacks on ISIS in Syria. Begum also seemed rather remorseless in a television interview from 2019.

Regardless, Begum is likely a highly traumatized individual after being radicalized and groomed at just 15 years-old. Begum was also a child bride and has seen her children die. Begum also witnessed many atrocities in such a short period. She has likely become desensitized in response to the trauma she has suffered.

“Ms Begum has never had a fair opportunity to give her side of the story. She is not afraid of facing British justice, she welcomes it. But the stripping of her citizenship without a chance to clear her name is not justice, it is the opposite.”

Begum’s solicitor speaking to the BBC

The Court of Appeal has been clear. Shamima Begum’s case is a matter of justice. The rule of law must apply to everyone equally. If Shamima Begum cannot return to the UK and face justice, it threatens the British legal system’s legitimacy.

Read also:
Asma Nawab: Delayed Justice After 20 Years
The Other Side To Running Away From Home
India’s Very Own Muslim Ban

Belly Mujinga: Death On The Frontline

‘The Most Beautiful Girl In The World’: Sexual Objectification And The Ziegfeld Girls