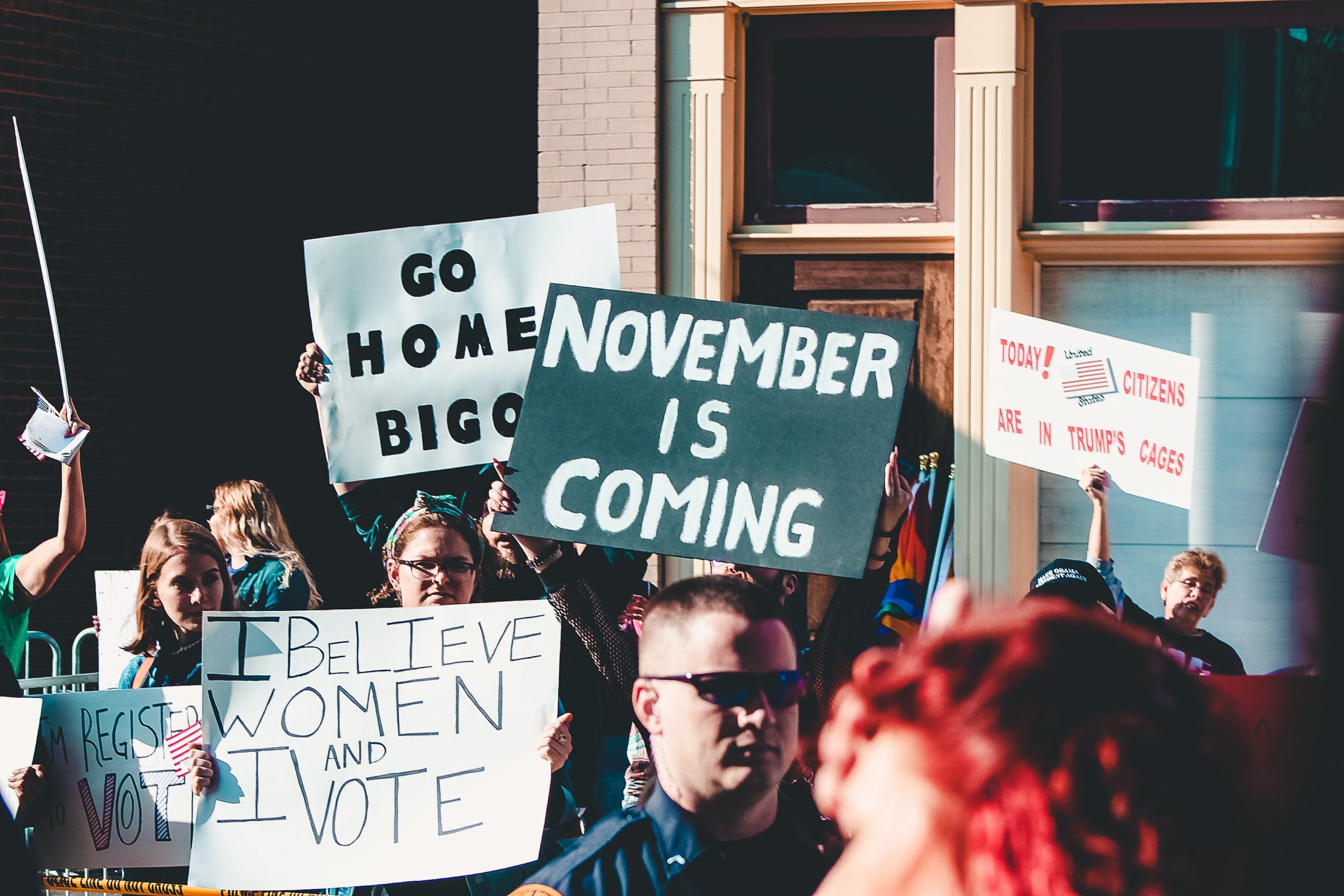 The Basics of Voter Suppression

When we talk about voter suppression we think mostly of Black and Brown Americans who struggle to vote. Either because of voter ID laws, gerrymandering, felony disenfranchisements, BIPOC people are suppressed at the polls. It is essential to listen to Black and brown voices in this discussion. However, intersectionality asks us to look deeper and understand who the most vulnerable and oppressed are at every site of discrimination. In this case, it means talking about transgender voter suppression.

What’s going on with voting rights for trans people?

Several states in the US have implemented strict voter-ID laws. This means voters have to present a photo ID at their polling place. In general, this suppression tactic targets low-income people who don’t have passports or a driver’s license. Cars and travel are expensive luxuries! However, poll workers also use voter ID laws to turn trans people away from the voting booth if they do not present the same gender identity as the marker on their ID. Poll workers may accuse them of committing voter fraud or having a fake ID when they present their IDs at the voting booth. In addition, they may be stuck using an ID that reflects a name they no longer use or identify with.

Voter ID laws present legal obstacles for trans people, but also make voting a painful experience. To avoid discrimination at the polls, some may choose to present their gender in a way that doesn’t align with their identity. Having to alienate oneself from one’s identity in order to vote is unnecessarily cruel. They shouldn’t have to face this additional hurdle to voting.

Why is this happening?

It’s difficult for transgender people to obtain identification that reflects their true gender name and identity. Legal name changes in the US are costly and time consuming. This is why transgender people who are people of color, disabled, young, or have low incomes often face the most difficulties with their IDs. As always, those with the most intersectional identities face the most challenges. They are the least likely to have the money and time to go through the name-change process. Additionally, voting districts with a history of racial discrimination are more likely to have voter suppression laws. This means that these spaces are even more unsafe for trans BIPOC voters.

How widespread is this problem?

The UCLA School of Law Williams Institute estimates that 965,350 transgender adults will be over 18 and eligible to vote in the November 2020 election. Of those who have to vote in person, 81,000 live in states with the most strict voter ID laws. Many of them do not have IDs that accurately reflect their name or gender identity. Tens of thousands of people will then face discrimination when they try to exercise their most basic civil rights.

The numbers above are so big they can feel abstract, and it’s hard to know how those translate to real-life-experiences. The U.S. Transgender Survey reported that 32% of their respondents had negative experiences when they presented an ID that didn’t match their gender identity or name, at a polling place. Poll workers verbally harassed, insulted, or even turned them away from the polling place. This means a huge number of people couldn’t vote for candidates that might help protect their voting rights. These incidents lead to a spiraling cycle of voter suppression for trans people. How can trans people expect to be protected in elections if they can’t even vote in their own best interests?

What can trans people do to protect themselves?

An organization called TRANSform The Vote, which is a branch of the National Center for Transgender Equality Action Fund, has an initiative called #VotingWhileTrans. This initiative seeks to inform all trans people of their rights so that they are prepared to defend their right to vote when they show up to vote. They have put together a guide for transgender people to prepare themselves for the voting booth.

This guide tells trans-voters to bring their registration card, a utility bill, and their IDs to the polling place. They tell voters that if they are questioned, they should use their utility bill as the first proof of their identity. They also encourage voters to look for a volunteer attorney at the polling station or to call the National Voter Protection hotline (866-OUR-VOTE) if they are still not permitted to vote. Finally, they should request a provisional ballot with follow-up instructions to make sure that their provisional ballots are counted.

Mostly, it is important that transgender people know their rights when they go to vote. Voting can be intimidating, especially for first-time voters. Understanding your rights is a helpful way to protect yourself against discriminatory, transphobic poll-workers.

What can cisgendered people do to help?

First of all, it’s up to cisgender people to pay attention to these issues too! Since cis-gendered people don’t face voter suppression as often, they must vote for elected officials that will protect transgender people’s rights. Cis-people can demand that their elected officials center trans voices and issues. We know that when we center the most vulnerable, we all benefit. Accessible, open, free elections are a good thing for everyone!

Secondly, education! Cis-people should educate themselves about trans issues and voter suppression. This isn’t only important so that transgender people can vote, but so that they can access all the services they need as human beings and be safe to move around the world while presenting their true gender identity.

Lastly, if you see a poll worker discriminating against someone at the polls, stand up for them. Those of us with white, male, straight, class privilege should inform ourselves about voting rights and use our knowledge to protect others who are being oppressed by poll workers. It isn’t just up to transgender people to know their rights for their own safety. Cisgendered white people can do this too, and make sure that everyone is able to get out the vote this November!

Read also:
Bollywood And Pride: How The Story Needs To Continue
Trump Puts Trans Lives At Risk
Finding A Community From Within The Closet

Amalia is pursuing a BA in Gender and Sexuality Studies at Bates College and hoping to go into law sometime after college. She's a dual-citizen of Spain and the US and grew up bilingual. Her favorite Spanish word is "cariño," because it is a homey, term of endearment meaning "affection." She wants to learn about wine from her sommelier father, but unfortunately has a terrible sense of smell and has to stick to faking her way through sophistication.