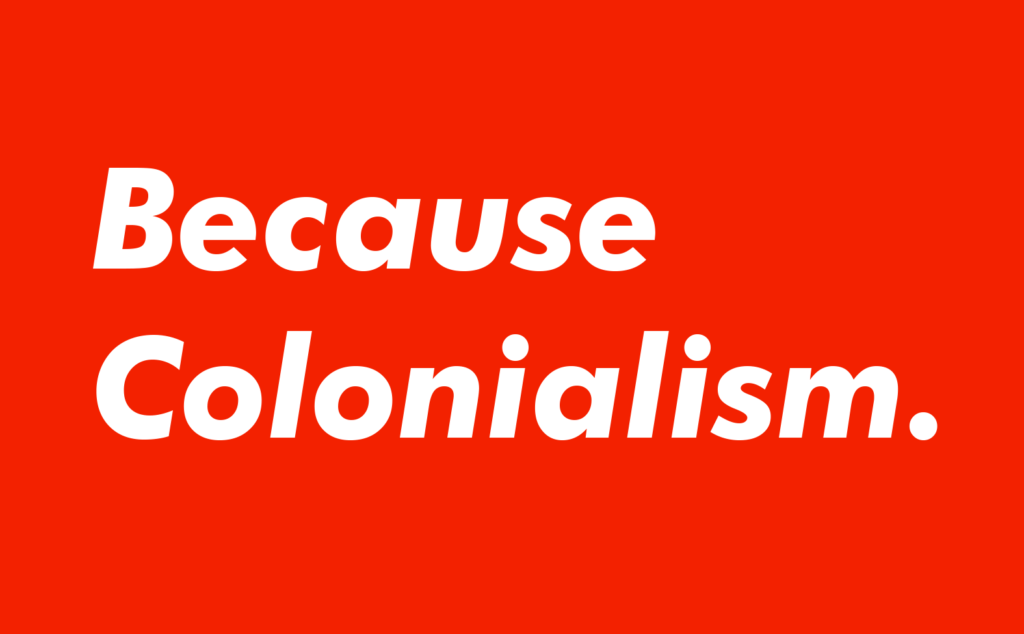 Last week, Indian MP and author Dr. Shashi Tharoor spoke on Channel 4 News about the educational censoring of colonial history in British schools (interview here). Pupils in schools are not taught about Britain’s colonial past and the atrocities committed. The definition of colonialism is ‘the policy or practice of acquiring full or partial political control over another country, occupying it with settlers, and exploiting it economically.’ (keyword: exploiting). A list of just some of these atrocities is listed here.

As Dr. Tharoor said in his interview, “Britain financed its industrial revolution and its prosperity from the depredations of empire. Britain came to one of the richest countries in the world (India) in the early 18th century and reduced it, after 200 years of plunder, to one of the poorest,” Britain used India for their own gain, even the things Britain get credit for creating in India, such as the national railway line, was for the benefit of other British, not Indians.

For a while now, I have been thinking of the concept of historic amnesia; what made me think about this in particular was the event of Columbus day and how I think it is horrific that such a day exists to honor a man who committed so many terrible crimes, the most awful of all being the Native American holocaust in which 100 million indigenous people were killed (I think of Thanksgiving in the same way). Generally, there is not many monuments or recognized places of homage in the USA to the Native American holocaust; if there are, they are likely to be on reservations. The main place being the American Indian Genocide Museum in Houston, Texas.

In school, I was never taught about anything to do with the British colonial period, but I was taught about Christopher Columbus in a positive light. I learned briefly about slavery and the civil rights period, but only in regards to the USA; I never was told about slavery in the UK and Scotland, or the struggle for Civil rights here. I was also often taught about Winston Churchill, a white and male supremacist, who was very much painted as a hero although starving 4 million people to death in Bengal. Some of Winston Churchill (voted greatest Briton of all time and whose face is on the £5 note in England) quotes include:

“I do not understand the squeamishness about the use of gas. I am strongly in favor of using poisonous gas against uncivilized tribes.”

“I do not admit… that a great wrong has been done to the Red Indians of America or the Black people of Australia… by the fact that a stronger race, a higher-grade race has taken its place.”

“This movement among the Jews is not new. From the days of Spartacus-Weishaupt, to those of Karl Marx, this worldwide conspiracy for the overthrow of civilization has been steadily growing.”

(In regards to the suffragette movement) “Women are well represented by their Fathers, Brothers, and husbands at the polls.”

When learning about WW2, the Holocaust, and Nazism, German pupils are generally taught from a young age a great sense of national shame and there is an emphasis put on never forgetting, and never allowing history to repeat itself. Many schools will take pupils to visit concentration camps and ‘The Third Reich’ is often a repeated subject throughout the whole school period.

I hope throughout time the UK and the USA wake up from their historic coma, especially in the current political climate when atrocities now and then must be recognized, spoken about and condemned more than ever.

“No flag is large enough to cover the shame of killing innocent people.” – Howard Zinn.

5 Reasons Why You SHOULD Date Indian Girls 14657