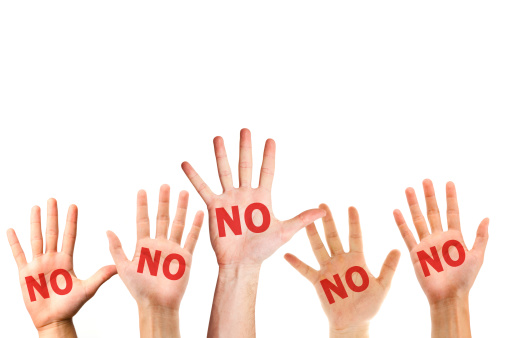 Dating abuse and sexual violence manifest in countless ways, and there are often gray areas surrounding what constitutes abuse, rape, or sexual assault. The baseline for all kinds of sexual abuse is a lack of consent — voluntary, sober, enthusiastic, non-coerced, continual, active, honest, usually verbal consent. For right now, let’s to focus on one specific part of that definition: “non-coerced.”

What is sexual coercion?

Coercion involves persistent attempts to have sexual contact with someone who has already refused, especially using drugs or alcohol, threats of violence, threats of sharing a desired partner’s illicit photos online, exploiting trust, “guilt-tripping,” and manipulating insecurities. It’s about control and dominance, not love and respect. The victim may say yes or say nothing at all, but it’s not because they don’t want to say no — it’s because they’ve been made to feel like they can’t.

It can be a one-time occurrence or ongoing in a relationship, and it really isn’t discussed as it should be despite being alarmingly common. In fact, 13% of women and 6% of men report experiencing sexual coercion at some point in their lives. There are likely far more who have been victims of coercion but did not report their experience due to shame or fear.

It can be hard to educate each other about coercion because we’re actually conditioned to believe that some coercive behaviors are normal: a study found that a quarter of girls ages 12 to 20 agreed with the statement, “It is normal for guys to put some pressure on girls to do sexual things.” One in five of the women in that particular study also said they’d been pressured into sex at some point in lives.

Another consequence of lackluster sex-ed is that you may not even know if you’re exhibiting coercive behaviors to your partner. So let’s break it down:

Sex shouldn’t be a chore, and it’s not a right, either. “

For more on what sort of behavior can be considered sexual coercion, click here.

How can it be considered sexual abuse if you didn’t say no?

Often, perpetrators claim that a partner’s silence meant “yes” because they didn’t say “no” outright. It’s shameful, inexcusable, and deplorable that we still have to remind anyone in 2017 that when it comes to sex, this is false. Silence is not, never has been, and never will be consent.

In general, sexual abuse refers to any action that pressures or coerces someone to do something sexually they don’t want to do. Coercion also leads to negative psychological effects: like rape survivors, victims of sexual coercion can experience PTSD, depression, or anxiety and exhibit heightened rates of substance abuse and increased instances of sexual risk-taking. Coercion is even a tactic used by human traffickers to force victims into the sex-slave trade.

And to address the question of fault, victim-blaming has long been a problem when it comes to sexual abuse. No matter someone’s gender, what they were wearing, what they agreed to in the past, whether or not they flirted with their perpetrator, or how much they had to drink, 100% of the culpability for assault or abuse lies with the person who felt so entitled to sex that they robbed someone of their right to autonomy over their body.

This myth [that sexual coercion is the victim’s fault] is hurtful because it makes it more difficult for the victim to speak out and more likely that they will blame themselves. Whether they were intoxicated or felt pressured, intimidated or obligated to act a certain way, sexual assault/abuse is never the victim’s fault. ”

Here are some resources for anyone seeking more information:

Pride Through The Closet Door