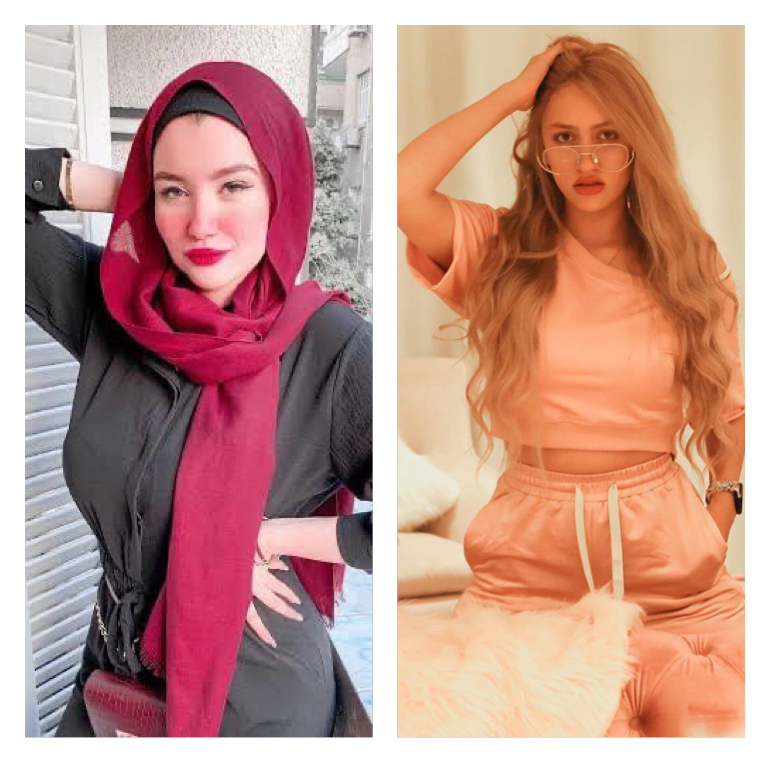 Two years in prison and a fine of 300,000 Egyptian pounds to be paid, were the price that two young Egyptian women had to pay for recording videos on TikTok.

Haneen Hossam, 20 and Mawada Eladhm, 22, along with three other unnamed women, have all been sentenced by the general Egyptian prosecution for violating the values and principles of the Egyptian family, inciting debauchery and promoting obscenity according to a statement from the public prosecutor.

Haneen Hossam is veiled and from an Egyptian middle-class family, living in one of the modest neighborhoods. She was first arrested and taken into custody on the 21st of April on charges of indecency and inciting debauchery via her TikTok account.

Later on, Mohammed Al Khosht, Chairman of Cairo University, where she was registered a full-time student, had ordered that Haneen would be questioned by the university’s legal department for breaching the university’s code of conduct and engaging in immoral activities against the university’s values and traditions.

Haneen has since been held in custody, first for four days, followed by another 15 days on different charges. All are on moral ground, including broadcasting illicit content on social media, inciting electronic prostitution, and being an active member of a wide illegal network.

During the investigations, Haneen persisted in denying all allegations and stressed that she had signed a two-year contract with the Chinese company TikTok while explaining the nature of the application.

According to the contract, the defendant was to receive a sum of 400 dollars a month for a total of 20 personal videos, which would show her dancing to different music and songs, as stated in the defendant statement.

In her testament before the prosecution, Haneen explained that the signed agreement between her and the company in question would indicate providing online protection for her from any online harassment or unauthorized blocking of her content.

Confirming later on, that the company had intended to establish an electronic group that would invite young females to work as presenters through the application for a decent financial compensation.

Moreover, following the spree of accusations on various media platforms, she made a phone call to a live TV show. During the call, she stated that “I only asked women, who are 18 years of age and older, with an interest in cooking, singing or playing music to share their interest online, following a signed consent, that would allow those girls to receive money while working from home”

On June 8th, the defendants’ lawyer managed to grant her a release on parole after paying 10,000 Egyptian pounds bail.

Meanwhile, 22-year-old Mowada Al Adham had been trying to evade arrest. She did this by constantly changing locations, between Cairo and the North Coast. She also attempted to encode her cell-phone data. She was finally arrested on May 30th, in Gize – 6 of October City, via a license-plate tracking of the car she was using at the time. Ever since her arrest, she has been held in detention for renewable 15 days.

“Eladhm was crying in court. Two years? 300,000 Egyptian pounds? This is really something very tough to hear,” said Samar Shabana, the attorney’s assistant.

“They just want followers. They are not part of any prostitution network, and did not know this is how prosecutors would perceive their message,” she explained, referring to their posts encouraging young girls to share videos and chat with strangers in exchange for money on another social media platform.

On July 26th, the Cairo Criminal Court ordered a full confiscation of the defendants’ assets and postponed the official hearing for August 18th. However, after only 37 days, the general prosecutor has sentenced them along with the other three to two years in prison and a fine of 300,000 Egyptian pounds for each, overwriting the official hearing scheduled for August 18th.

Echoes from the street

Over four months, the case of Haneen Hossam and others has taken over social media and the Egyptian streets with different views. Some have largely condemned the actions of the young influencer. They are mostly blaming her parents, while others have been expressing their support for the governments’ action.

Basem Mohammed, the 31-year-old lawyer at the state council and courts of appeal in Egypt, has stated, “after reviewing the prosecution statement which highlights charges of prostitution and obscenity, I agree with the sentence. Nonetheless, I still hold the parents responsible for their daughter’s actions.”

Karim Adel Al Yamani, a 20-year-old student at a private university, said, “I do not agree with the contents they provided on TikTok. I felt as if they were trying to force their ignorance and naivety on us. I blame that disregarding them, and their actions might have been a proper solution. However, if they have been rightfully charged with illicit behavior and facilitating prostitution, then they should be detained, accordingly.”

Samir Mohamed, a 20-year-old student studying law and legal studies, said “I have seen some of their videos. I cannot believe they have used an app in that way. I think such indecent content should have been condemned and banned since they started. What they have been facing so far is only fair, to prevent others from following in their footsteps.”

Nesreen Osama, a 26-year-old who works in the public sector, said “ I never liked Haneens’ videos. They always seemed overrated, the contents of her videos were utterly insignificant and irresponsible. However, the sentence comes as harsh punishment for their misuse of the application. Bearing in mind, that there was another application offering the same financial compensation in 2018”

Adding that “they were being taken as a ‘scape-goat’ for others. We should have sentenced other famous people for doing the same thing. The government could have just imposed a fine only. Two years in prison is just not fair”

Meanwhile, Fatma G., who is a household wife said “ what they did is obscene and unacceptable. But to strip them from their future and affect their chances of a better and a decent life is not acceptable. The fine would have been a decent punishment for such reckless behavior that we “the society” are all responsible for”

In an official statement to local media, Hani Kamal, TikTok Content Manager for the Middle East, said “recently, all social media platforms have been facing countless difficulties in filtering inappropriate content. Nonetheless, TikTok is trying to thoroughly review the contents before publication”

He then went on to explain, “TikTok, works towards ensuring a positive environment in Arab countries. It is for that purpose that our company has stationed local teams in each country to ensure contents that respect the traditions and customs of each one.”

Kamal finally confirmed that “TikTok has never paid any financial compensation to its users for their contents. They, however, pay some celebrities once they commercially publicize on TikTok ”

On the one hand, a widely circulated online petition described the arrests and the sentencing as a “systematic crackdown that targets low-income women,” and adjured authorities to free the young women detained in recent months over their alleged misuse of TikTok.

On the other hand, some other media outlets have made cartoons and caricatures criticizing the government’s attention to the case while referring to it as “a waste of time” when the country is already facing bigger problems.

Over the past weeks, Egypt has been undergoing a fight for women’s rights that has caught nationwide attention.

Dozens of allegations of serial sexual assault at the country’s most elite public university. This has invited a series of disbelief, outrage, and an unprecedented outpouring of support. It has become Egypt’s answer to the #MeToo movement.

Recent argument and condemnation of the TikTok women have left an uneasy feeling in the society regarding what is really considered to be an appropriate content on social media, citing that TikTok has recently neither prohibited any content, similar to what is mentioned in defendants’ list of accusations nor have other young women using the application stopped producing similar contents.

But whether this unprecedented firestorm will have a long-term impact on women’s freedom in Egypt is yet to be seen.

Read also:
8 Organizations Fighting Against Sexual Abuse In The Arab World
Why Does TikTok Hate Working-Class Women?
The Massaru Tax – Period: An Interview With Shafa Rameez

Unpacking The Story Of Pride And Prejudice

Sisters Bake Challah With A Side Of Social Justice