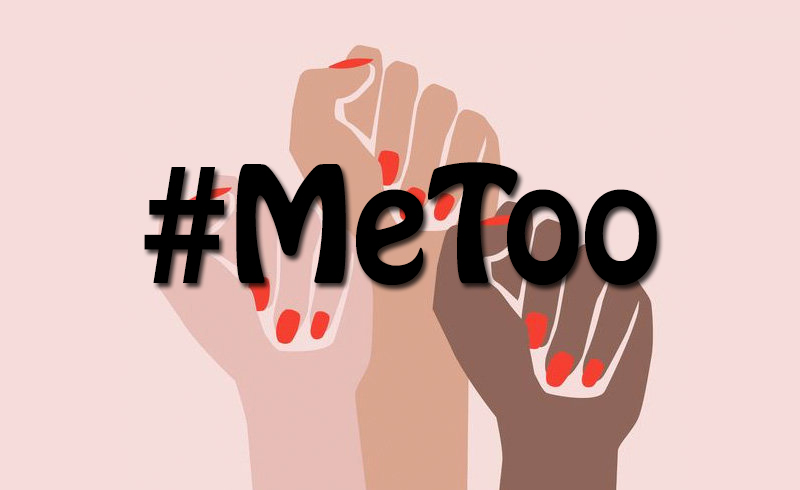 According to the UN, one in three women across the world has experienced some form of physical or sexual abuse. In some parts of the world, the numbers climb as high as 70 percent. The Middle East and North Africa are on the high end of the spectrum, though data is scarce due to a lack of research.

In Egypt, 99.3 percent of women and girls have been sexually harassed, as cited in a 2013 United Nations study, with 64 percent of Egyptian men having admitted to harassing women (according to a study conducted by Promundo, a Brazilian organization for gender equality).

In Morocco, the numbers show little difference. Violence against women stands at 54.5 percent nationwide, according to a government survey. And that doesn’t include the 90 percent of sexual assault victims who don’t report the crimes against them.

Tunisia—which had its own Me Too movement rise up last year, called #EnaZeda—is a nation where nearly half of all women have experienced some form of violence against them, with 15.7 percent saying it was sexual violence.

As for Sudan, data on sexual abuse victims is practically non-existent, with sexual violence never being reported. This likely has to do with the fact that the nation’s legal code puts victims at the risk of prosecution. The UN, however, has documented over 100 cases—and that’s just in South Sudan.

The GCC is no different. Last year’s MDL Beast festival in Saudi Arabia came under fire on social media after a number of sexual assault allegations were made by young Saudi men and women on social media. Research on overall numbers is also scarce in the Kingdom, t the nation only criminalized sexual assault in 2019.

Sexual assault and domestic abuse against women is far too common in the Arab world. But women are starting to speak up. This past weekend, inspired by an Instagram page that called out an Egyptian serial sexual abuser (ultimately leading to his arrest), Arab women from across the region have been taking to Instagram and Twitter to call out their abusers and share their sexual assault experiences, cementing the prevalence of unreported abuse across the Middle East and North Africa.

It’s never been more important for Arab women to be aware of the resources available to them when it comes to helping with sexual abuse – so we rounded up all of the details you need.

Organization: Es2al Mo7amek
The organization provides Egyptian women with legal assistance through its hotline, website, and via Facebook.
Contact/information: mo7amek.com

Organization: Beity
Founded in 2011, Beity is a non-profit organization that provides assistance to those impacted by gender-based violence, particularly sexual abuse and domestic violence against women.
Contact/information: +21671906621

Organization: L’Association démocratique des femmes du MarocCreated in 1985, the Democratic Association of Women of Morocco has long been a champion of women’s rights. Aside from lobbying for gender equality, the organization is always available to assist victims.
Contact/information: adfm.ma

Organization: The Strategic Initiative for Women in the Horn of Africa
The civil society, which was founded in 1995 by a coalition of women’s rights activists to provide support for women across the horn of African, Sudan included
Contact/information: sihanet.org

Organization: SOS Women in Distress
Based in Algiers, the non-profit offers support to women who are survivors of all forms of abuse, offering them shelter.
Contact/information: sosfemmes@hotmail.com or +213 21 6687 25

Organization: Abaad
Whether you’re in need of shelter, Abaad is the place to go. The organization offers free and safe temporary housing for women who are at risk or survivors of abuse. The organization also offers shelter to male survivors in its Men Center.
Contact/information: abaadmena.org

Organization: The Arab Women Organization of Jordan
Since its founding in 1970, AWO has worked to support and empower women and girls.
Contact/information: awo.org.jo

The Excellence Of Transgender Women In Music Production

Indian Cinema In 2020: Impact On Society