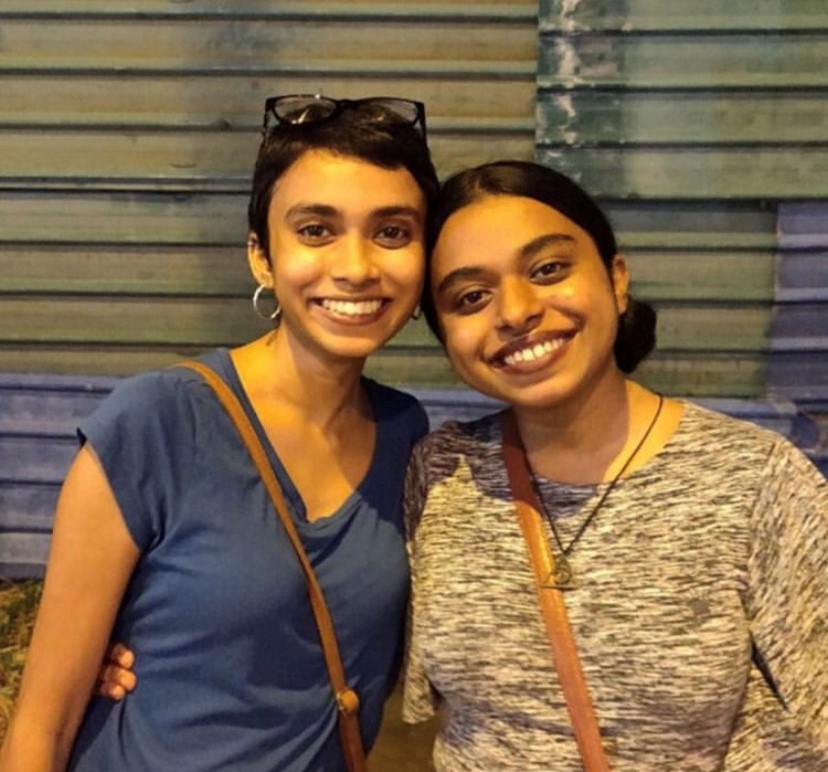 Shafa Rameez started a massive movement just by tweeting about it. She found something which seemed unfair to her, and she voiced her opinion. You would be surprised at how many people share the same sentiment. All everyone’s just waiting for is someone to take the first step. To say, “Enough. We are not going to take this anymore.” Shafa is an incredible person who did just that.

That singular voice went on to create a snowball effect which led to the abolishment of the Massaru Tax (Tax on sanitary napkins and tampons) and its inclusion in the essential goods list after a four year long battle. She had a hugely supportive sister who had her back everytime. I had the opportunity to talk to her about her journey and it’s been…. enlightening to say the least.

1. Can you explain what exactly is the Massaru Tax for our readers who don’t know about it?

“Massaru” in Dhivehi (the Maldivian language) means periods. “Massaru Tax” was a term my sister came up with which refers to the Goods and Services Tax (GST) that used to be taken on sanitary napkins and other sanitary products for women. The Stop #MassaruTax campaign was started by my sister and me back in 2016 in an effort to remove the GST from sanitary napkins and other such products.

2. What do you believe is the main reason that the Massaru tax had been in place for so long? Is it the lack of sufficient representation of women in parliament?

GST was introduced to the Maldives in 2011, and with that, they also made a list of essential goods that would be exempt from GST. The fact that sanitary products were not included in this list (which included things like diapers and tea) is quite telling, I think, of the sort of female representation we had (and still have) in the parliament.

3. Was there a particular trigger that made you start this movement or were there a series of factors that lead upto this?

I’d been speaking about this for a while on Facebook but other than some heated discussions nothing had really come of it, and my sister had told me that it was easier to reach some of the parliament members and other politicians on Twitter. So I messaged the Maldives Inland Revenue Authority on Facebook, asking whether GST was taken on sanitary products, and when they replied I posted the screenshot on Twitter, which is what kickstarted the whole movement.

4. Who would you say were your biggest allies in this movement?

My sister is a co-founder of the movement and the person who was the backbone of the whole campaign, and a lot of the ideas came from her. I’m the sort of person who tweets before I think, so having her on board meant that there was someone who was like, okay, let’s take a step back and evaluate the situation and see where we can go from here. She made sure that we included as many people as we could in the conversation. She also came up with the idea of posting a photo of a pad, saying this is what a pad looks like.

The image of the pad, I think also played a huge part in getting so much attention because some people were out of their minds that oh, here’s a woman posting an actual pad for everyone to see. That began the sort of conversation that we’d never had before. My sister has definitely been my biggest ally, in this movement and in everything that I do, and if not for her well thought out social media strategy, and her calm demeanor amidst all, our movement would never have succeeded.

Immediately after the initial tweets and Facebook posts, I also had some people that I didn’t even know reach out to me and ask how they could help. At that point we had no plan, no idea how big this was gonna be or whether there was even a glimmer of hope that we’d succeed, so seeing all those people message and be so supportive really stood out to me, especially because there was quite a large backlash as well. So I really want to thank those people, there are way too many to name, but I really want them to know how much it meant to us.

We also had a lot of support from the Maldivian Twitter community, without whom this would never have happened. Their constant retweets and tweets and posts were all so crucial in making this campaign a success and I’ll forever be grateful to them for that.

And of course, all our friends and family, who’ve been with us from day one, who were always the first to retweet and share all our tweets and posts, we’d have been lost without them

5. You had started a massive movement on Twitter, have you considered other avenues for letting your voice be heard? Were there any other legal routes which you could have taken?

The way the Maldivian legislature works, tax amendments can only be presented by members of parliament from the ruling party. At the time we started the campaign, there was a lot of political turmoil in the country, and the campaign did not receive any acknowledgment from the government’s side. Some people started seeing it as a partisan issue, maybe because we spoke out against the injustices of the government at the time, which it really shouldn’t have been, this was an issue that all women were facing, regardless of which side of the aisle they’re on.

I was told by multiple people that if I wanted this campaign to succeed, I should pipe down on my political tweets, which didn’t sit right with me because you shouldn’t have to compromise your values just to appease those in power.
Someone who was working with us did talk to the Minister of Gender at the time, and she was told that there were other pressing matters to attend to. The Leader of the ruling party’s parliamentary group was also approached by someone else, and he even said that he would do what he could, but we didn’t hear anything from him after that.

6. Do you think #MassaruTax acted as a catalyst for India’s Lahu ka Lagaan campaign which incidentally started later then Massaru and was successful earlier?

This fight has been going on for decades. The first country to remove the sales tax for menstrual products was Kenya, I think, in 2004. There have been various campaigns in different countries over the years, and personally, I came to know about this because of a campaign in the UK. I don’t know whether our campaign inspired anyone else’s, but the success of Lahu ka Lagaan really made my resolve stronger, and it definitely inspired me to push the campaign even more.

7. In your honest opinion, what do you think made the government finally cave in?

To be quite frank, I don’t think that government would’ve caved in. One of the many reasons I voted for the new government was because stopping #MassaruTax was one of their campaign pledges. I want to thank whoever it was that advised them to include that in their manifesto. I also do want to point out that at the very beginning of this campaign, we received a lot of support from members of the current ruling party (who were in the opposition back then). That was something we were really in need of, and I’ll always appreciate their kind words and support.
The new government came into power in 2018, and by December of the same year, #MassaruTax was finally stopped.

8. Do you feel that that the delay in abolishing the #MassaruTax is due to social stigma attached to sanitary napkins and using any menstruation-related word?

I do feel that the taboo around menstrual health, in general, played a huge part. One of the things we tried to achieve with this campaign was also to remove the taboo around menstrual health and let women speak openly about these issues. I remember when I first started talking about this people would be upset that I was talking about it so openly, there were some who were disgusted to even see a pad on social media, but the same people now speak openly about these issues, and know the importance of educating everyone and having an open conversation.

This is an issue I think that’s especially evident in South Asia. Shops will wrap pads in a newspaper, or give it in a black bag like it’s so offensive. Women are not supposed to talk about their periods in front of men. I think it’s something that we still need to work on, and it’s gonna take some time before we can remove the stigma attached to menstrual health.

9. What do you feel, in the aftermath of this movement, is the word “menstruation” still a taboo in the Maldives?

I still don’t think we’re at that point where women can speak freely about menstruation. It’s still something that’s whispered about in households. I feel that maybe there’s a slight change in social media, at least, because I do see people talking about it more freely, but not as much as I would like to see. Periods aren’t offensive, they’re a biological function, and we shouldn’t be so scared of speaking about it.

10. Women aren’t the only ones that menstruate, there are trans-men and non-binary folks who do as well. How can we make the discussions around menstruation more gender-neutral?

I think because of the sort of society I live in, it was easy for me to forget that there was a whole other aspect to this as well. I hope that we can change that in future conversations and that we can be more inclusive of everyone. I’m still learning, and I’m open to hearing from those marginalized groups. I think all of us should take a step back and listen, and maybe something good can come from that.

11. What do you believe are the discrepancies in the policymaking process and especially with regards to minorities, what do you think are the steps to be taken?

Especially in the Maldives, we barely have any female representation in the parliament. I think we should work more towards electing people who will work towards serving the people instead of serving corporate interests, but that’s a hard thing to do. Politics has become such a horrible game, that people don’t want to be involved in it, but I hope that more young people can get elected in the future because I feel like that’s the only way we can have a say.

12. What are some ways you’re continuing to incorporate feminism into your life even after Massaru Tax?

Feminism, I think, is a way of life. To me, it means nothing less, and nothing more than gender equality. From a very early age, I’ve been quite perplexed by the gender inequality that I witnessed in my daily life. So I’ve always tried to make sure that myself and the women around me are given the same opportunities as men, that we are listened to. Massaru Tax might’ve ended but there are so many other issues that Maldivian women face. So there’s a long fight to be fought yet.

A Tale Not Old As Time: Goodbye, Splash Mountain

An Open Letter To QBIWOC Who Want To Join A Sorority 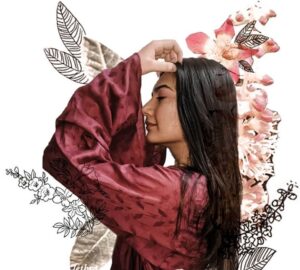