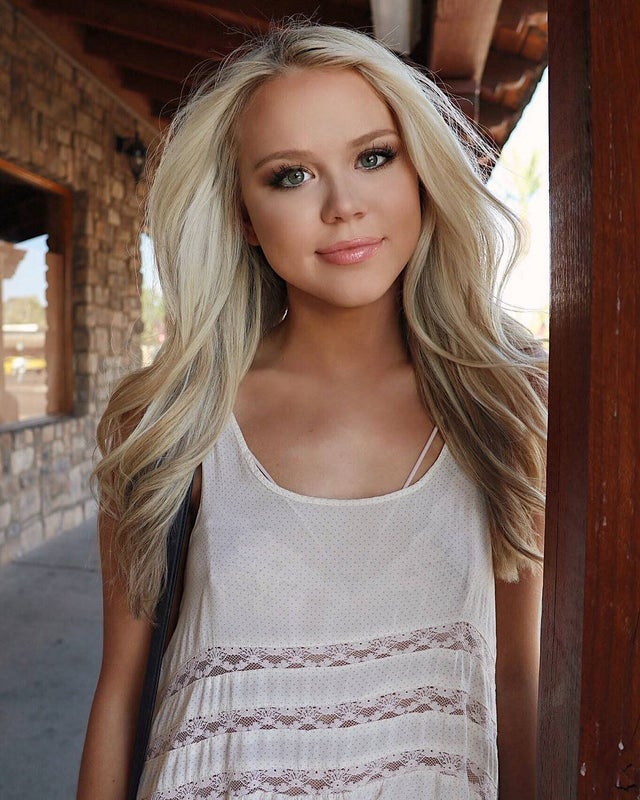 Being an outspoken woman online is a tough role to fill. Any display of outcry about misogyny, feminist rage or general distaste towards the way that our gender is treated is often met with anger, abuse and Reddit threads wrongly claiming ‘misandry’ and lies. And no one knows this series of events better than internet powerhouse and the curator of SheRatesDogs Michaela Okland.

When she first started in 2018, she intended to highlight women’s ‘shitty experiences with guys.’ While this objective continues to be achieved today, the SheRatesDogs platform has undoubtedly highlighted greater issues such as abuse, gaslighting and the troubles of being a woman, both online and offline. In this conversation with Michaela, she discusses the success of the platform, being a target of online hate and the unexpected sense of sisterhood which the SheRatesDogs platform has come to embody for so many women today.

Q . You mention on your website that you started SheRatesDogs back in December 2018 as a “fun platform for girls to share their shitty and laughable experiences” when dating men. While this is certainly ongoing, do you think that SheRatesDogs has contributed to a larger conversation about just how demeaning men can be towards the women they’re dating?

A. The SheRatesDogs platform has become much more than I originally expected. Honestly, it became more than I expected after just a week of starting it. I think the idea that women share these horrible experiences, from something as small as Tinder interactions to as serious as legal accusations, for “attention” was (and still is) a very prevalent deterrent from sharing those stories. Having an anonymous place show how common these interactions really seem to change the conversation and allow women to share those experiences without being accused of doing it for likes, sympathy, or to prove they have “male interest.” Obviously, these things never were the goal.

Q . Besides the site drawing attention women’s horrible dating experiences, do you think the site has also helped to shine a light on the abuse which many women are subjected to by their partners? I definitely see a lot of comments alluding to this whenever your posts start a conversation on my feed.

A. I think one of the most unexpected and important reactions I’ve gotten from the account has been in the realm of abusive relationships. Reading my posts and the comments from hundreds of people agreeing about certain things not being okay has been a surprising beacon for women who’ve been in abusive relationships. I can’t really keep up with the amount of DMs the account gets, but at least once a week a woman contacts me about the account playing some part in her leaving an abusive partner or helping her get back to normal after leaving an abusive partner.

I think this is partially because a staple of abusive relationships is cutting a person off from their loved ones to make it so they only see the reality you give them. Seeing SheRatesDogs posts has somehow been able to remind some of these women that what they’re experiencing is wrong, with countless people saying why it’s wrong, which turns out to be a really important step.

Q . Your site certainly draws attention to important issues. However, it can’t be too healthy to view so much harrowing content on a daily basis. This must take a toll on your mental health sometimes, I’d imagine. I mean, it can’t be easy to be not only an influencer, but something of a confidant for many women?

A. That’s definitely been the biggest issue with keeping the accounts as active as possible. I try not to show the most depressing things I receive, but to find one sort of funny screenshot to post, I usually have to go through 30 horrible ones. Besides that, there’s also the fact that I’ve become the go-to person for a lot of women to confide in. There’s a different kind of stress when I’m worrying that I have DMs from people who need advice/emotional support that I might not even see. I feel incredibly honoured that people trust me in that way, but anything like that on a mass scale can be intimidating. Some days when my mental health is at a really low place, I have to avoid my DMs.

Q . I’m so sorry to hear that! On the other hand, seeing the sheer scale of women’s ill-experiences I’m sure validates just how much SheRatesDogs is needed as a platform. What about you, though? Did your own experiences motivate you to start the site in the first place?

A. Oh, definitely. When I started the account I was in college, and also very online. Both of these places tend to put girls in some pretty disrespectful situations with men. Besides the constant belittling and objectification online, the real world was a really sexist place to exist in. I think every male boss I’d had up till this point had tried to turn our relationship into something sexual/romantic, and I’d recently dropped a government course because of a TA continuously doing the same and reminding me he had the professor’s permission to do so. I think from an outside perspective, being hit on doesn’t seem like it would be degrading, and I get that. But when you’re desperately trying to find a space where you’re just taken seriously, it’s really heartbreaking when you can’t even find that in work or academia. Having a TA tell you “it wouldn’t hurt your grades if you went out with me” can really make you feel like nothing. Being in a sorority and going to college parties, I also saw and experienced some really muddled dynamics of consent. Obviously, there’s also the smaller experiences that just add up over time as well, like relationships, the media, etc. But to summarize, I was just fed up with it all.

Q . That’s terrible to hear, and I’m so angry that you experienced that misogynistic treatment – although sadly, these experiences are scarily common. Do you think this kind of shared experience has contributed to the success of the SheRatesDogs platform? Also, did you expect the site to grow so rapidly?

A . Not at all. I think the fact that it did blow up is just a reflection of how much women felt like they needed a place like SRD. When I created the account and got that reaction, I think it made me understand that in the ways I needed it, other women did too.

Q . I mean, just scrolling through the posts on SheRatesDogs Twitter and Instagram accounts, I can see an excess of gaslighting, dick pic threats and blatant misogyny. However, is there a specific type of mistreatment that’s particularly prominent? What do you see the most?

A . I think the most consistent theme is just a lack of respect, or seeing the women they’re talking to as equals. And more often than not, it comes across as being from a place of fragility. The ways society hurts women, it hurts men too. Reactions to rejection, or even the perception of rejection when one doesn’t get an immediate response on a dating app, are consistently extreme rants of dehumanizing the woman in order to feel good again.

Q . Oh definitely, and I think your site highlights just how scary some men can be when faced with not getting what they want from a woman. There’s a general feeling of entitlement, I think.

A. Right! It’s like there’s this idea that, somehow, not getting sex from a woman somehow hurts a man’s masculinity. And this is such a toxic idea.

Q . I couldn’t agree more. On a more light-hearted note, have there been any particularly funny or memorable submissions that you can recall?

A. Yes! I’ve posted a lot of really funny exchanges. I try to mix up the really bad with the more light-hearted. I don’t think every person I post on SheRatesDogs is a bad guy, which is one part of why I protect their identities as well as the submitters.’ I recently posted a pretty funny Snapchat from a guy with the caption “made your Sim piss itself” and another where a guy informed the woman that he was talking to that he was a “dental hygienist” and she could “look it up if she didn’t know what that was.”  I think the majority of my posts have a streak of humour.

Q . Definitely, and it’s nice to see these posts sometimes as a reminder that not all women’s experiences are dehumanising and hurtful – even though they certainly are, a lot of the time. Despite the site highlighting the mistreatment of women, would you say that SheRatesDogs has also created a kind of sisterhood…a way of making women feel less alone in their experiences, perhaps?

A. Definitely! I think with a lot of my posts there’s a sense of “oh thank God I’m not the only one getting stuff like this” or “omg I thought something was wrong with me, and that I was the only person attracting these kinds of guys”. I think until a year or so ago, talking about women being “crazy” was the only stereotype that was really normal or common. The volume of posts from SheRatesDogs has kind of helped people to be like “ohhh, maybe it’s everybody” or “ohh, maybe this is what was going on behind the scenes when someone called a woman crazy.”

Q . I’m so glad that so many women are able to feel united because of your platform! And that’s just one of many great things your platform has achieved over the past two years! What do you think lies in the future for the SheRatesDogs brand?

A. I hope there’s a lot more in the future for SheRatesDogs! I’d like to say I’ll run out of content soon, but every day I check my DMs or I see the comment section on every meme-page/sports media/video gamer’s posts and remember that won’t happen in the near future. I’d love to do a podcast and book in the future, and who knows what else! I want to keep focusing on dating advice/empowerment/comedy and follow where that takes me.

Q . While all of this is great, I’d imagine there’s a huge negative side to curating such a large platform. Do you ever experience backlash or ignorance regarding your content?

A. I definitely get a lot of backlash on both of my accounts (SheRatesDogs and my personal). I’ve changed my settings so I can’t see mentions from people who don’t follow me, but it still slips through a lot. It mostly comes from men, but it only really hurts coming from women. But to be honest, I thought the idea of feminism was stupid until I was like, 18. Now I’m clearly the opposite kind of person. I’m never going to completely write-off any one human just because they don’t totally get it yet or understand the complexity of gender roles that are so intricately ingrained in all of our brains. Above all, I understand that learning these things can take time.

Where to find Michaela –

I Have A Love-Hate Relationship With ‘Four More Shots Please!’

PTSD Showing Its Magic During The Pandemic 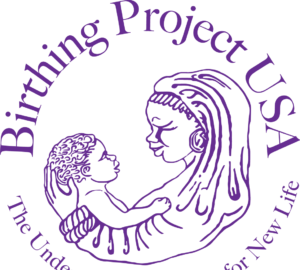 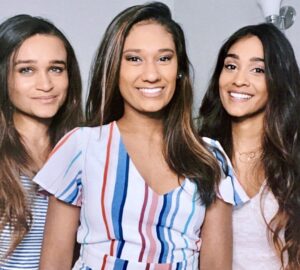