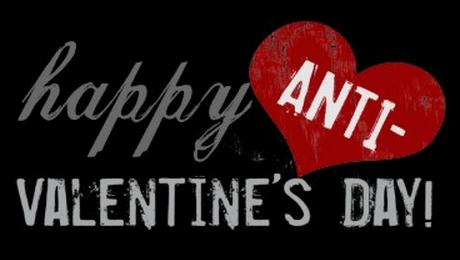 “Make your woman feel special this Valentine’s Day — a dozen red roses are just now only $49.99 (plus shipping and handling) — but wait, call now and we’ll send chocolates, too!”

As Valentine’s Day comes and goes, the media inevitably becomes more and more infatuated with the idea of romance– and most don’t blame them. However, for those of us that view the best part of Valentine’s Day as the 75% off chocolate a week later, it becomes a little nauseating. Media is laden with the same narrative– a guy is not only expected to take a girl out for the night, but also spend a ridiculous amount of money on roses and chocolates, and to top it all off buy dinner. Of course it’s nice to be pampered, but there are multiple glaring issues behind that trope. Not only does this obsession completely invalidate the a-romantic community and promote tired gender roles, but it’s actually a way for companies to commercialize love.

American consumers spend a total of almost $20 billion dollars on Valentine’s Day, with $4 billion on jewelry alone, and another $2 billion on flowers. On average, men spend about $200 on their significant other, while women spend around $100 (Fortune News).

A ridiculous amount of money, considering a lot of people would prefer something heartfelt or homemade over something expensive, often cliché or even entirely useless (Like those giant teddy bears… seriously, where am I even supposed to put one of those), but nevertheless the industry continues to grow  only feeding the social obsession with romance.

The actual origins of Valentine’s Day were much more subtle than the booming commercial industry of today. One famous legend behind St. Valentine and the resulting holiday tells of a simple note signed “From your Valentine,” after the priest fell in love with a young girl (History.com). It’s no wonder the legend caught on and grew into a holiday– after all, a simple confession of love given to the daughter of one’s jailer is certainly more romantic than the skewed public interpretation of Romeo and Juliet (seriously, how is that romantic? In any stretch?) but that’s beside the point.

You’d think because of the roots, a simple exchange of small notes would be an appropriate celebration, but sadly with each passing year, it seems that the tacky capitalist merchandise gets more absurd and less personal.  Heartfelt love letters are replaced with flowers that will soon die and have little thought behind them, while parent companies rake in money off cheap chocolate and chalk candy hearts.

Don’t get me wrong– all the cheesy stuff can be nice for certain people, and if that’s your thing, go ahead and embrace it. Just don’t forget to do the little things for your significant other as well, because the thought filled notes and little gestures mean more to some people than any roses every could, and isn’t that what Valentine’s Day should really be about, rather than the capitalist driven holiday it is? Cherish your loved ones more than the material items we tend to be centered around as a society… after all, not every kiss has to begin with Kay.