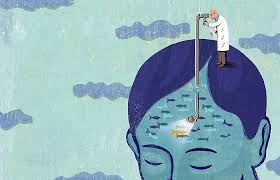 For my eleventh birthday, my grandmother gifted me a whitening cream. She instructed me to apply it twice a day, everyday. She ensured me that it would heal me and I believed her. From that day on, I grew to loathe the sun. No longer did I spend my afternoons racing my brother in our yard, but instead, I was in the kitchen making a honey and ginger face mask with hopes of a fairer skin; it didn’t take long for me to believe that my melanin was a disease. I knew I had grown up when my mother started saying, “Beta stay inside, the sun will make you dark.” It started off as a warning, but it soon became an anthem. I’m seventeen now and it’s an exposing age, yet there’s one thing that I’m absolutely sure of: I’m tired of being told how much prettier I’d be if I was fairer.

Bleaching cremes are being used as a vehicle to exploit a global political vulnerability regarding darker skin. Health, financial safety, and opportunity for success are promised for lighter skin colors, especially in developing countries. Thus, the bleached skin was in demand, constructing a stronger divide between the bourgeois and the commoners and establishing a social hierarchy deeply rooted in colorism’s preference for whiter skin. But, it’s nothing we haven’t seen before.

The skin lightening industry is an expanding international business venture. A study conducted by the University of Cape Town found that one in three South African women use a form of a skin bleacher. Additionally, skin lightening/bleaching creams are known to lead to extreme skin damage because they contain substances such as, hydroquinone, mercury, and high levels of corticosteroid, which can cause the skin to tear easily.  First, colorism defined a dialogue that made it clear whiter skin was more desirable, and now it has begun to profit off of this narrative by glorifying fair skin and dehumanizing dark skin.

But the taboo on dark skin in the desi community is so incredibly toxic. Internalized racism has caused a disconnect in every facet of society such as education, finance, media, art, etc. My grandmother and my mother aren’t evil for encouraging me to try to be lighter-they’re the most supportive women in my life- it’s a result of a persevering and generational ideology. Colorism has enacted a collective and racially biased identity in our community, and it’s time we fight it.

I Had Dinner With My Worst Nightmare