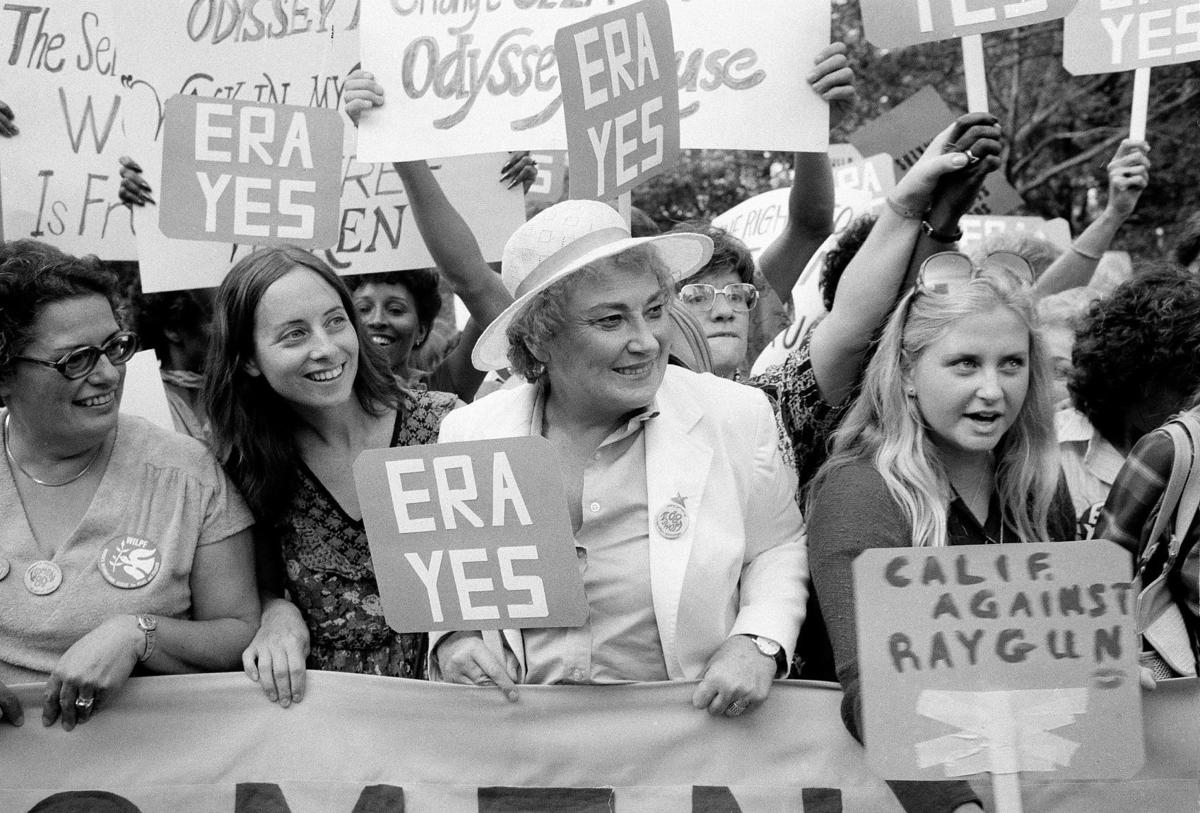 With many of us still in some forms of quarantine, one thing we all have in common is spending our time catching up on A LOT of shows. I, for one, watched the ever so popular Mrs. America, the show based around the women’s liberation movement of the 1970s.

While this show is largely fiction, the basis of it is factual. The whole movement was based on seeking equal rights and opportunity, specifically centered around one amendment: the Equal Rights Amendment.

The ERA was originally drafted in 1923 by two leaders of the Suffragette Movement, Crystal Eastman and Alice Paul. While the original text has changed a bit, it continues to state, “Equality of rights under the law shall not be denied or abridged by the United States or by any state, on account of sex. The Congress shall have the power to enforce, appropriate legislation, the provisions of the article.”

Let’s take a look at Section 1.“Women shall have equal rights in the United States and every place subject to its jurisdiction. Equality of rights under the law shall not be denied or abridged by the United States or by any State of the account of sex.”

While I believe the document will be beneficial for us to move one step closer to equality under the law, I could not help but wonder if this amendment is not as progressive as we may think it is. After all, it is 2020, and third-wave feminism is drastically different from the second and first wave movements.

One group that is particularly vulnerable is sex workers. Currently, there is no federal legislation protecting this vulnerable group.

The only state that decriminalized all forms of sex work is Nevada. Most states consider some practices of sex work are as misdemeanors. Decriminalizing sex work would allow women regularly subjected subject to mugging, rape, and murder to seek protection.

They are facing exploitation with no protection from the law. If sex workers attempt to report any of these crimes they are likely to face arrest.

Violence against sex workers is frequent, and police do not take it seriously. In  Los Angeles alone, Black sex workers were targets of law enforcement for three decades. Of the 41 sex workers murdered in the U.S. in 2015, 17 were Black, and 12 were trans women.

With federal laws in place, this would not only allow sex workers to work safely, but also prevent them from persecution politically, socially, and culturally. In the journal of PLOS Medicine data collected from more than 130 studies in 33 different countries show the correlation between sex work and police.

From 1990-2018, sex workers who became exposed to police arrests were three times more likely to experience sexual or physical violence from clients, partners, or other people.

How the ERA could help decriminalize sex work

In New Zealand, sex work is decriminalized. This allows sex workers to determine their work conditions. This included meeting their clients in any setting, and working for themselves from home or street-based work. As a result, the market has become safer for sex workers.

Brothels are allowed in most places in compliance with local by-laws. While some councils do not allow brothels in certain areas, they cannot outright ban them. The laws pertaining to sex workers are designated to other workplaces as well. This means sex work is simply treated like any other business. They are granted the same labour rights as workers in any other occupation. (NZPC)

The ERA must be ratified to accommodate all women in all professions, and enable them to earn a living safely and not fear unjust treatment from the law. While this amendment specifically states it would provide protections against discrimination of gender, will the amendment go as far as it needs to?

Unfortunately, my research did not show me any clear cut answers as to whether or not the amendment would establish these protections.

Furthermore, these are not my only concerns. Will enacting the ERA provide official federal protection for trans women? As of right now, trans individuals do not receive protection under the United States Constitution, but the ERA could change this.

The Equal Protection clause claims trans women receive protection from the Constitution on “discrimination on the basis of sex” and this category protects cis women as well.

However, that is open to interpretation, and trans women are always vulnerable to losing federal protection. For instance, the equal protection clause in the 14th amendment does not interpret granting equal rights on the basis of sex, unlike the inclusive wording in the ERA. (ERA.org)

Not to mention, the Trump administration has rolled back many Obama-era policies that benefit trans individuals.

Therefore, this could mean trans women will be protected under the ERA, due to a constitutional amendment that is much harder for legislators to erase or change. It must be worded correctly, for the ERA would cause many judges to closely examine several state and federal laws as an attempt to deny trans individuals housing, employment, public accommodations, and education.

Instead of loosely translated laws with a variety of interpretations, solid constitutional amendments will allow trans individuals to become fully protected.

It would be helpful to incorporate within the ERA a text that specifically grants protection to transgender individuals. As a result, no court would be able to deny them their rights as citizens of the United States.

Why we need the ERA passed

While the ERA may need to catch up to third wave feminism’s needs, one thing is for certain: we NEED this amendment passed.

The ERA will provide a strong legal defense for women’s reproductive rights, such as Roe v. Wade, which in turn would allow women to have full bodily autonomy. Many abortion laws can easily be repealed and replaced, the ERA will make sure that one’s right to their body is no longer jeopardized.

This also helps advance laws on equal pay, which allows new legislation to pass through Congress fighting sex-based discrimination in the workplace.

Without this amendment, gender-based discrimination falls into a grey area in a court of law. Furthermore, the ERA solidifies the explicit guarantee that the rights it protects are granted equally to all citizens with regard to sex.

The ERA would provide a federal standard for deciding cases based on sex discrimination. Considering not every state has ratified the ERA, this amendment would finally provide a strong legal defense to help clarify these cases.

Without the ERA we will continue the long and treacherous fight for equality, but passing it may make our journey a bit easier.

Read also:
“Girls On The Verge” Shows Grim Dystopia Of Anti-Choice States
The Case That Could End The Roe V. Wade Era
Ruth Bader Ginsburg And How She Revolutionized Gender Equality Efforts In The Courtroom

Can Enola Holmes Prompt Others To Be A Feminist?

To My Mom, Thank You For Your Strength