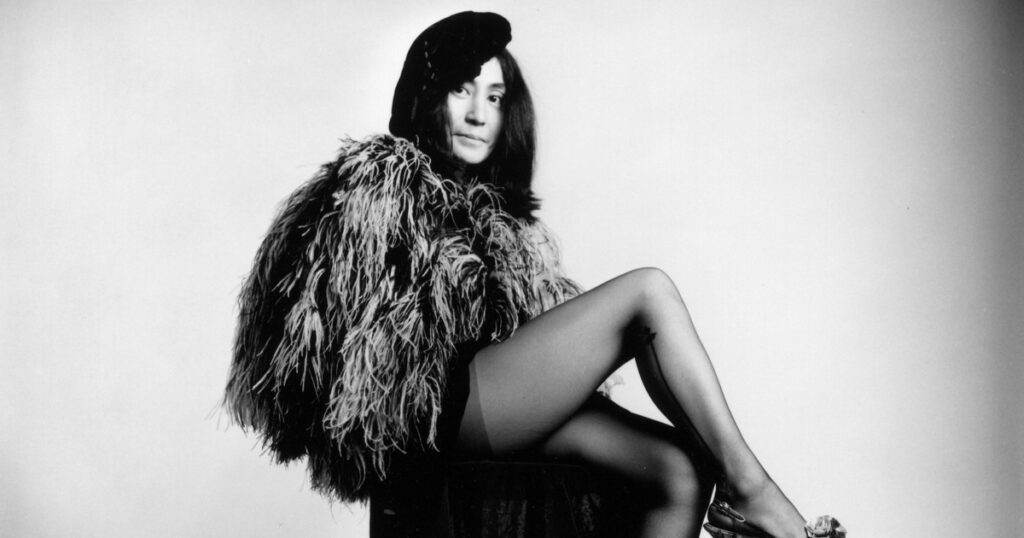 “Those days, I was a bit more selfish, a bit more macho, and I sort of omitted to mention her contribution.”

Ono announced the news on her Twitter feed, and her son, Sean, posted it on his Instagram page.

I’d like to say thank you to the National Music Publishers’ Association @NMPAorg for its courageous move.
love, yokohttps://t.co/0bkYu6CJpF pic.twitter.com/8WsrBKtoba

Proudest day of my life: The National Music Publishers Association just gave the centennial (song of the century) award to Imagine, but WAIT! Surprise! They played an audio interview of my father saying (approximately) 'Imagine should've been credited as a Lennon/Ono song, if it had been anyone other than my wife I would've given them credit.' Cut to: my mother welling up in tears, and then Patti and Jesse Smith @michiganmanhattan Imagine! Patience is a virtue! ✌️❤✌️❤✌️❤✌️ (PS they officially declared Imagine to be a Lennon/Ono song and gave my mother a second award! 🙏)

During WWII, Chinese nuclear physicist Chien-Shiung Wu worked on the Manhattan Project to develop the first atomic bomb alongside Tsung-Dao Lee and Chen Ning Yang. The two men theorized that the law of parity, an accepted idea that everything, including atomic particles, has “a fundamental symmetry,” was false. Wu, though, designed and conducted the experiments to prove their dismissal of that law.

Lee and Yang won the Novel Prize for the work. Wu was ignored.

In 1952, Rosalind Franklin, a confident, young female scientist, famously helped James Watson and Francis Crick discover DNA’s double-helix shape. They used her photos and interpreted her data without her permission, and their only acknowledgment of her in their published research said simply, “We have also been stimulated by a knowledge of the general nature of the unpublished results.” Later, Watson slighted her in his autobiography, calling her a “belligerent, emotional woman unable to interpret her own data” and reducing the accomplished scientist to only her physical appearance, saying she “might have been quite stunning had she taken even a mild interest in clothes.” Watson and Crick won the Nobel Prize in 1962, four years after Franklin’s death.

“I just find it kind of insulting that I can’t have any ideas on my own because I’m a female, or that people from undeveloped countries can’t have ideas of their own unless it’s backed up by someone who’s blond-haired and blue-eyed.”

The lyric refers to the 2009 scandal at the VMAs when West rushed onstage as Taylor Swift won the Best Female Artist of the Year award, belligerently asserting that Beyonce deserved it instead. West appears to believe that his outburst “made [Swift] famous” and, as such, he is entitled to sex with her. After releasing the track, West lied to the public to quell backlash, claiming that Swift “thought it was funny and gave her blessings,” though she never knew the lyrics in their entirety until the song aired. West then said that the word “bitch is an endearing term in hip hop.”

Clearly, both gender discrimination and men taking credit for women’s successes are very real problems across all fields and have slowed little with time. Hopefully, Yoko Ono finally receiving recognition for her role in creating “Imagine” will establish a precedent and send a message to the world about equality and women’s abilities.

Emily Rose Thorne
Emily Rose is 17 years old and from Athens, Georgia. Beginning in fall 2017, she will attend Mercer University to double major in Journalism and Political Science and to minor in Global Development Studies. A writer, musician, feminist, and vegetarian, she wrote and edited for her high school newspaper and is currently a staff writer for both Affinity Magazine and Women's Republic. She frequently posts on Medium, where editors requested to add her as a writer for their Politics Means Politics site, and on Vocal, where her writing has been selected as a Staff Pick. She has contributed to the Genetic Literacy Project and Sprout Literary Magazine. Emily Rose will spend the summer of 2017 as an intern for Step Up Magazine.