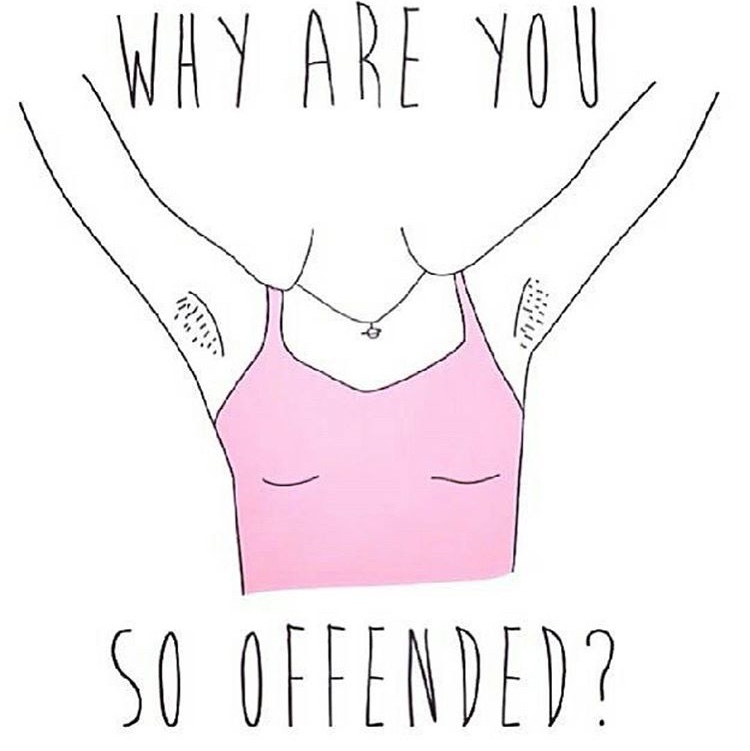 Disclaimer: this article does not promote whether or not you should shave as I believe that depends on someones preference but that it shares my personal experience and hopefully someone reading can relate and know that they’re not going though this alone.

As a female is who Asian, I have thick dark hair, and I don’t mean the kind that is on your scalp.

I mean on my arms, legs, underarms and so on. Yes, I know it’s shocking…women have hair just like men do!

I remember I was very young (at least 10) when I noticed that my body hair and facial hair wasn’t “normal”- it made me “ugly” and that only guys should have hair on their body. In my primary school, I was one of the Asian pupils who had to deal with the differences in facial and body hair. The other white girls had thinner, lighter hair and I began to feel so ashamed.

Our school uniform consisted of a jumper, and when it was summer, almost every pupil took their jumper off and just had their shirt under. I was not one of those kids. Being so embarrassed, I wanted to hide my hair so I wouldn’t be made fun of. One teacher kept urging me to take it off because it was warm and it was unhygienic. I kept telling myself that I wouldn’t do it. Not just jumpers, but wearing shorts and skirts without tights was a nightmare. It wasn’t like I could shave anyways, I was younger than 10 and even if I did, my parents didn’t like the idea of shaving but waxing instead. To this day, they say that the hair “grows back thicker,” which is actually scientifically false.

The issue is, is that some girls are not entitled to chose what form of shaving they want and the fact that we have to shave at all.

Of course people of all genders have different approaches on if they want to shave – e.g it makes they feel good or if they don’t want to shave. That is what they want to do and should be able to do because it’s their body right?

Being young and ignorant, I tried to cut my upper lip hair with scissors. I remember my mum walked in on me and laughed saying that’s not what you do. I wish that I had someone tell me from a young age that having facial and body hair is okay. That you can’t define or shape your self into Eurocentric beauty standards.

It took me a while to realize that having body and facial hair does not make me ugly. I haven’t fully accepted it and have experienced recent remarks by people. For instance, this year a boy looked at my arms and said “your arms are hairy” with a scrunched up nose- he may have not understood how much this could effect someone and I’m glad I’m in the process of learning because it could have diminished some self confidence and acceptance that I’ve been growing to have.

It doesn’t help that even today in 2017 we are fed with images by the media of shaving adverts, such as “Veet,” that advertises women shaving with no hair on their legs. Is their a stigma towards body hair because we aren’t shown images of it? When and why did the “norms” change?

The message I want to send is this: if you have body and facial hair, don’t be embarrassed! And if you don’t, that’s complete fine too! If you like to shave, then you shave. But for others who hate body and facial hair on other people, understand that your opinion is not needed until asked for.

The Power Of Representation