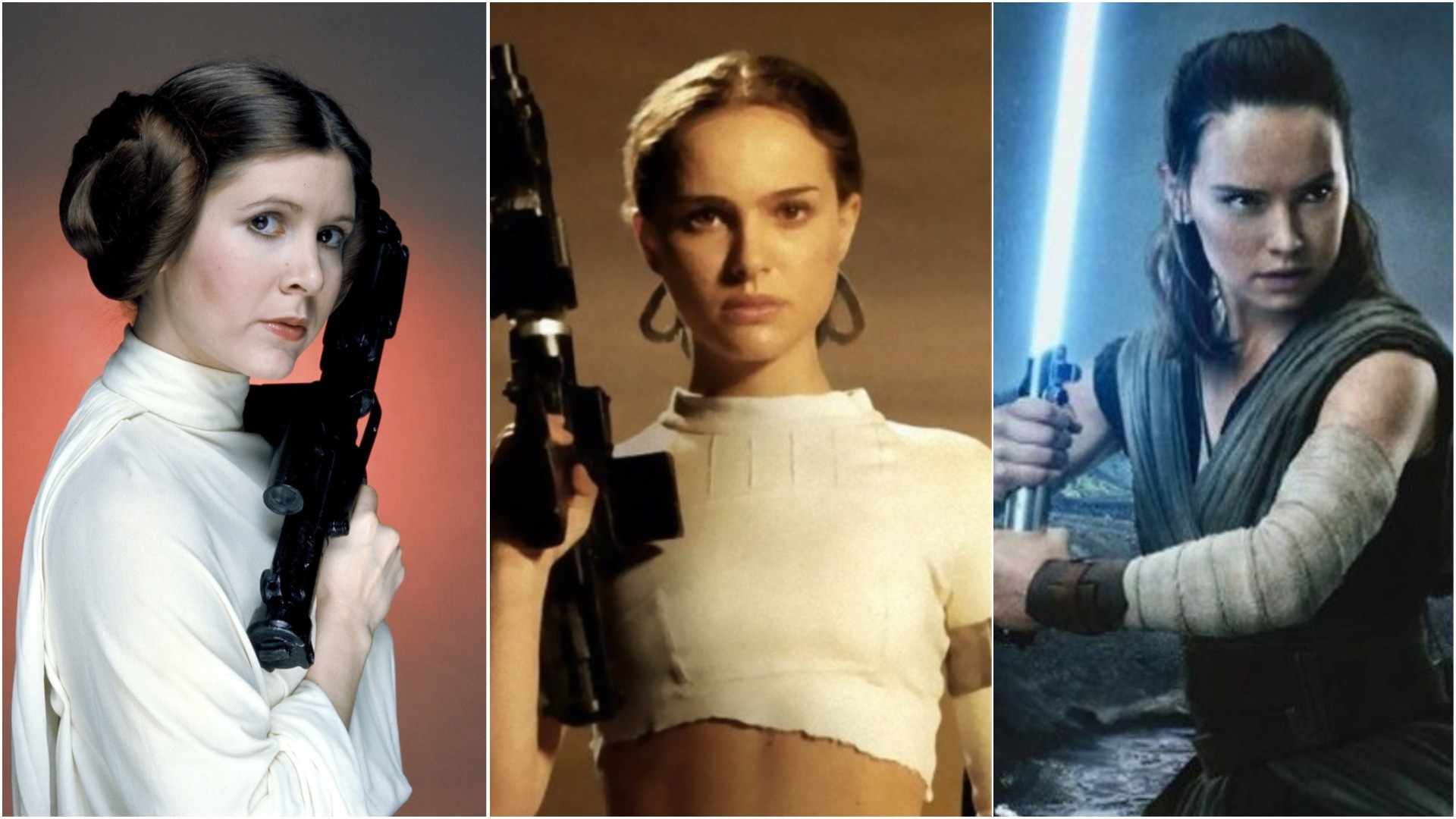 2019’s The Rise of Skywalker marks the end of the Star Wars Skywalker Saga. As we say goodbye to the characters we have loved for over 40 years, it is important to remember the impact made by the women of Star Wars on society. Star Wars as a franchise was revolutionary in the film industry, but it is the female characters and the actresses who portrayed them that have had a profound effect on not only the entertainment industry but on mainstream culture as well.

For many, Princess Leia was the first princess to wield a weapon or pose a commanding presence. Princesses more often than not are portrayed as shrinking violets or damsels in a tower waiting patiently to be rescued by passing princes, but Leia Organa broke the mold. She was a leader of the Rebel Alliance and a fierce freedom fighter. Leia was a princess who rescued not only herself but an entire galaxy and had the potential to become a powerful Jedi. She showed girls all over the world that a princess could be a warrior and a general.

Princess Leia’s mother, Padme Amidala, was another Skywalker to contend with, and a personal favorite of mine. Padme was elected Queen of Naboo at the age of 14, and when faced with the aggression of the Galactic Trade Federation she did everything within her power to protect her people. She fought for her people and for Democracy as a senator in the Senate of the Galactic Republic and when that failed, she took matters into her own hands and fought alongside the Jedi against the separatists. Padme was also brave enough to marry the man she loved and to continue to see the good in him until the end when even Anakin couldn’t find it himself.

The third powerful woman in the Skywalker Saga is Rey, an honorary Skywalker and powerful young Jedi. Rey starts out as an orphan on the desert planet of Jakku, waiting for her parents to return. Then she meets Finn and realizes her connection to the force, eventually training with both Luke and Leia Skywalker to become the last Jedi. Rey has become a feminist icon to a new generation of little girls who will grow up watching a female Jedi Master grow into her own power and save the galaxy.

Princess Leia’s exploits inspired the popular feminist phrase “A Woman’s Place Is In The Resistance,” and it perfectly sums up the women of Star Wars.

A woman’s place is in the Resistance. It is also in the Senate, and the Military, and positions of power. A woman’s place is wherever she sees fit, and we owe our thanks to the SkyWalker Saga for helping us realize it.