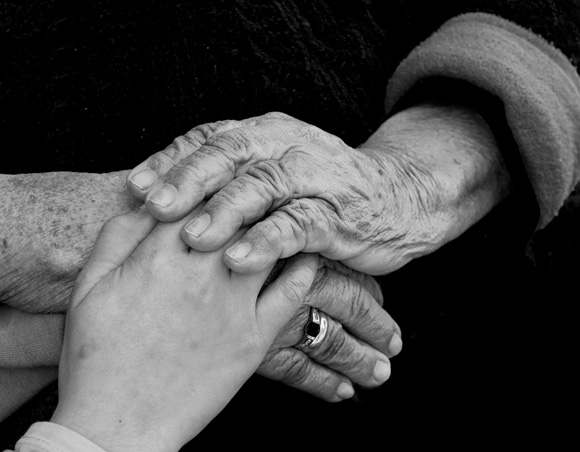 Growing up, my sister and I would spend one night every weekend at my grandparents’ house, so that my parents could go on their weekly date night. Like many little girls, we idolized our grandmother; she was and still is, the bearer of candy and the giver of the best hugs ever. In the mornings, after we slept over, I’d crawl into bed with her, and we would talk quietly before the day began. As she told me stories and jokes, I’d play with the soft skin of my grandmother, pulling at the wrinkles around her elbows and her squishy earlobes. To me, she was soft, gentle, and warm, representative of everything good in the world. At that age, I never questioned her beauty, never really considered it at all. She was just my grandma.

Her daughter – my mother – raised my sister and I to be comfortable in our bodies. She never strictly enforced clothes-wearing, which was fine because we had a large and private yard, far from neighbors’ eyes. Everyone in my house uses the bathroom with the door open to this day. Nudity in my household is not uncommon. I do not ever recall my mother conducting herself as though her body were something shameful or to be hidden. The human body is natural; we all have one, and it’s just skin. This is what my mother taught me.

But what my mother said to my sister and me and what my mother says to the mirror are different. In the last five years or so, as my feminist consciousness has started to surface, I have begun to notice things. My mother saying that she’s too old to wear a bikini, telling me over dinner that she needs to lose a few pounds, and shaking her head as she pinches her stomach. My grandmother is the same. She stares at her reflection and tells me how terrible it is to grow old. I pinch the skin that gathers at her elbow. She says in a bitter voice that all the wrinkles I love are the parts she hates the most. All of these moments pile up, and they make me sad.

Not only do these moments make me sad, but they also make me confused. Does my mother think that I am beautiful? What about my grandmother? Will I cease to be beautiful in their eyes once I reach a certain age? I will look like them, so they will hate the way I look as much as they hate the way they look. I think my mother and grandmother are beautiful, and I also think I am beautiful. But while it took a lot of time spent hating myself for me to love the way I look, I have never once doubted my mother’s and grandmother’s beauty. So why do they doubt themselves?

There is no simple answer to this question. A toxic cocktail of mass media, gendered socialization, and patriarchy have collaborated to make women of all ages feel ugly. From childhood until death, women are choked by the idea that they must meet a certain standard to have any value, to achieve the status of personhood. Without beauty, a woman is told that she is nothing. And yet the standard of beauty is irrevocably entrenched in pedophilia, racism, colorism, and ableism. Women across the world strive to look like a pale, hairless, newly-legal, skinny sex doll. They fight against their own skin, against the color of it, the wrinkles on it, and the hair that it grows as though these things were worse than death.

Adjacent to this idealized image of womanhood that no one can achieve is the notion that women’s worth is tied up in their appearance. The objectification of women devalues them, as though they are nothing more than a body and a face. If they are nothing more than that, then that is all that matters. So pervasive is such objectification that it’s near impossible to step out of the neverending chase of beauty. In an ideal world, discussions about beauty standards should shift to “beauty is subjective and fleeting, and ultimately irrelevant because we are human beings that don’t exist to be looked at, but to love and be loved regardless of appearance.” However, women are so unfortunately preoccupied with conforming to magazine covers that this nuance falls through the cracks. It must, for now, be maintained that each woman is beautiful, in her own way, and therefore valuable.

This is the message women teach their daughters. Women tell their daughters that they should love themselves, that they are valued and pretty no matter what. But what they don’t realize is that no matter how many times you grab your daughter by the chin, look her in the eyes and tell her fiercely that she is beautiful, she will see through it if you do not love yourself with the same ferocity. How can she believe you if you look at the mirror, at the woman whose genes she carries, and call that woman ugly? My mother calls herself ugly, and by that, she calls herself worthless, and by that, she calls me worthless.

It is by no means my mother or grandmother’s fault that they are so self-critical. They are victims of the aforementioned societal conditioning, and they are surely doing their best in a cruel world. At least they had the best intentions when raising my sister and me. Both my mother and grandmother would agree that I am beautiful, as is my sister, and also that every woman is deserving of love and safety despite her beauty or lack thereof. But their comments upon themselves contradict their compliments to us, two young girls. And these comments uphold the very importance of beauty and its direct relation to a woman’s inherent worth.

Over these years that I have spent realizing these sad truths, I have had many discussions with these two wonderful women who raised me. I’ve asked my grandmother why she hates aging so much. I’ve asked my mother why she works out every single morning. Each time, they both look at me a bit sadly, and say some variation of “I know, honey.” Of course, they know. They grew up in the same patriarchy I did. Simply put, I wish they loved themselves and their bodies as I do. As they tried to teach me to do. I mourn the daughter who doesn’t exist yet who will watch me pull at my cheeks, and I hope that I will be brave enough to wear a bikini in front of her on every beach vacation for the rest of my life.

Read also:
Fuck Your Patriarchal Beauty Ideals, I Am Beautiful
How Chadwick Boseman Redefined Black Masculinity On Screen
What It Means To Have A Female Vice President

The Effects Of Gender Differences In Mental Disorders 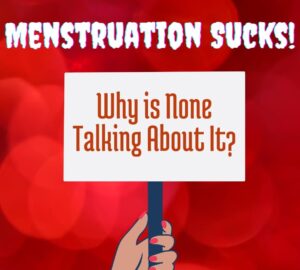 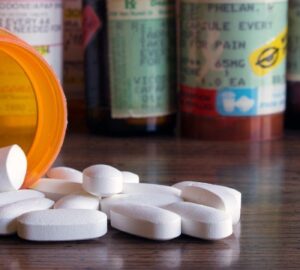 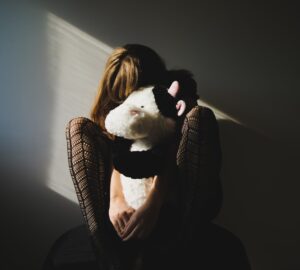