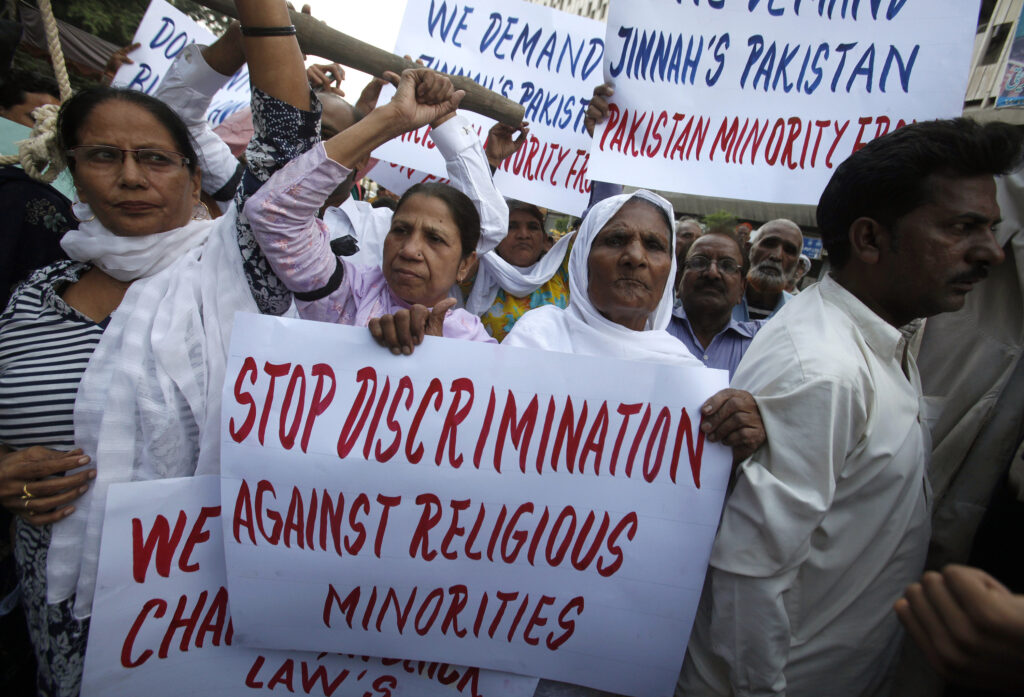 In the summer of 2009 in Sheikhupura, Punjab, 44-year-old Asia Bibi trekked to bring water for her farmers. The ease of her task was interrupted by two women refusing to let Mrs. Bibi take water from the same bowl that they drank from because she was Christian.

Mrs. Bibi, whose religion and identity was insulted, responded with the statement, “I believe in my religion and in Jesus Christ, who died on the cross for the sins of mankind. What did your Prophet Mohammed ever do to save mankind?”

The two women were furious by Mrs. Bibi’s remark, which led them to rally people from their village to defend their religions ‘honor.’ Later that day, the group beat down Mrs. Bibi in front of her daughter, Eisham Ashiq. The police interrupted the assault but then threw Mrs. Bibi in prison for committing the ‘crime’ of ‘blasphemy’.

Ever since then, Mrs. Bibi, a mother of five children, has been imprisoned in solitary confinement, as a result of the threat of being attacked by other inmates. Currently, she has been placed on death row, waiting for a final decision by the Supreme Court which is expected to be released the coming Monday.

Bibi’s lawyer Saiful Malook has argued that she has been falsely accused. This has caused Malook to receive death threats and vulnerable to attacks at all times. The risk has escalated so much that he requires the police to guard his house for his protection.

Moreover, the two politicians that stood in solidarity with Mrs. Bibi and advocated against the existence of the harsh blasphemy laws have been killed. One of them included Punjab Governor Salman Taseer who was shot dead by his bodyguard Mumtaz Qadri. In the aftermath, Mr. Qadri was regarded as a ‘national hero’ for upholding the Islamic values of the country. He was executed in 2016 on the grounds of murder.

Mr. Qadri’s execution and the indecision on Mrs. Bibi’s trial has led to a national uproar. Many, including ultra-religious Tehreek-e-Labaik Pakistan (TLP), have taken the streets to protest in favor of the blasphemy laws. Furthermore, these groups have pressurized the Supreme Court to rule in their favor with the threat of civil unrest looming over them if the decision turns away from them.

In the midst of all of the chaos in Pakistan, Mrs. Bibi’s family presently receives refuge in England by the Catholic Church’s aid to the Church in Need.

It’s rather uncertain what the Supreme Courts final decision will be. However, one thing is clear: the people of Pakistan continue to embrace radical Islam and take pride in the persecution of minority groups if it allows for a superficial preservation of their religion.

Zaina Awan
A 17-year-old high school student that spends most of her time drinking tea and reading political philosophy.

5 Reasons Why You SHOULD Date Indian Girls 14692