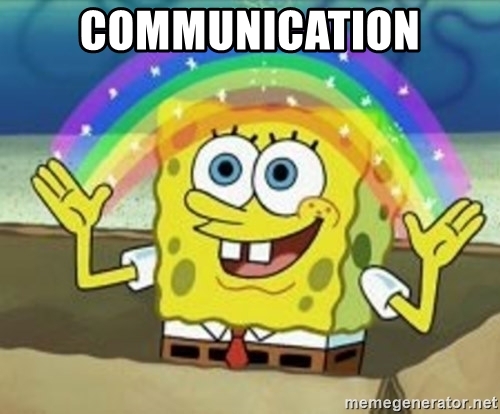 Communications college students have a stigma of taking the “easy” major, and not knowing what they want to do with their life after school is over. But, what would the world be without those majors? As someone who studied Communications at Arizona State University, I have some insight. I had many people ask what I was going to do with that degree and tell me that my schedule and classes weren’t as hard as theirs were. Maybe that’s true in some cases, but not all. I never had to take hard science or math classes like a pre-med or business major, but none of them had to take my classes either. So who are we to judge each other?

I think so often we forget how important communication is to our world. We forget that communication is more than languages and the written word; it’s body language, facial expressions, tone, and other non-verbals. I’m a firm believer that everyone and anyone should take at least one communication class in their life. Then maybe we’d all have a better idea of how to listen, understand, and talk to each other in more respectful ways. It won’t fix all the world’s problems, but it’s a start in the right direction.

I wanted to discuss my top three favorite communication courses I took in college and my main takeaway from each. It’s not as easy as it sounds.

The way you send the message

The first communication class I took in college was COM 100, which is Intro to Human Communication. This was one of my favorite classes because we dove into theories, dimensions, and concepts of human communicative interaction and behavior. I would say that this is the number one class to take if you’re trying to understand why people are the way they are. One of the theories that I loved to learn about was the Communication Accommodation Theory, developed by Howard Giles. It’s the theory that describes when people accommodate or adjust their communication styles to others either through verbal and nonverbal technique and by divergence or convergence.

You know that voice in your head that tells you to change the way you speak to someone or to rewrite the paragraph you want to send over text or email? That’s part of this theory. There are mini theories that go into the Communication Accommodation Theory. The one I think of first is the social exchange process. This process assesses the rewards and costs of alternate courses of action, which then favor you toward whatever course of action will bring greater rewards and fewer costs.

I think, especially in the age of social media, sometimes people don’t think about how their words or actions come across to others. We don’t weigh the rewards vs. the cost of what we post, and that ends up hurting others when we may not have meant to.

What you don’t say

Nonverbal Communication, otherwise known as COM 317 at ASU, was another favorite of mine. We studied communication using space, time, movement, facial expression, touch, appearance, smell, environment, objects, voice, and gender/cultural variables. A mouthful, I know, but it all matters. These variables can help people understand if you care about what they’re saying or not, whether you’re lying or telling the truth, and how well you’re listening. To be an overall better communicator, you have to become more sensitive to the body language and nonverbal cues of others, but also of your own.

Without communication, there is no relationship

Relational Communication or COM 310 was one of the most helpful classes I took during my undergrad. If I’m being honest, it was actually therapeutic, learning about different types of relationships and how to handle them. One of the main things I learned was everyone has their own communication style. Occasionally, you will bump heads with someone who has a different one than you. It could be someone at work, a friend, or even a family member. I’m sure there’s a few of you bumping heads on the topics going on in current events right now.

As I finished this class, we were given a final project, to create a pamphlet on a specific point of the timeline of a relationship (our choice what type) and integrate communication theories into it. Naturally, I chose a romantic relationship because I’ve been through my fair share of those. I called it “Healing the Hurt,” and I focused on the struggle that is associated with breakups, oh, and I used Ben & Jerry’s ice cream flavors to do it.

It was fun to add names to the stages of a terminated relationship with ice cream. The facts I gathered for it, though, could have easily fit along with work or family relationships that ended.

The overall takeaway is that the way you end things and the type of communication you used matters. You may want to reach back out in the future, or they might, so it’s important to have realistic and balanced thoughts about that person and the situation. Think about why the relationship didn’t work, was it something they said, something they did or maybe didn’t do? Maybe, it’s something you did and didn’t take ownership of until afterward. Your words and nonverbal communication actions have consequences.

Isabelle Khoo-Miller: Taking On Men’s Accountability While Helping Survivors Heal And Protect Themselves

Casey Rhode is a proud Illinois native with a B.A. degree in Interdisciplinary Studies with concentrations in Communications and English from Arizona State University. She has had the great fortune to work on some truly inspiring projects while meeting many influential and creative individuals along the way. Casey was previously a study abroad blogger in Ireland and has been published in the ELCA's Living Lutheran magazine. In the future, she aspires to work in the book publishing industry. 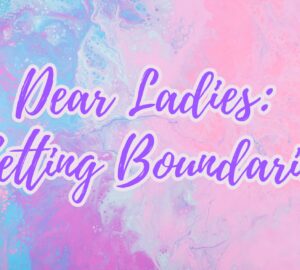