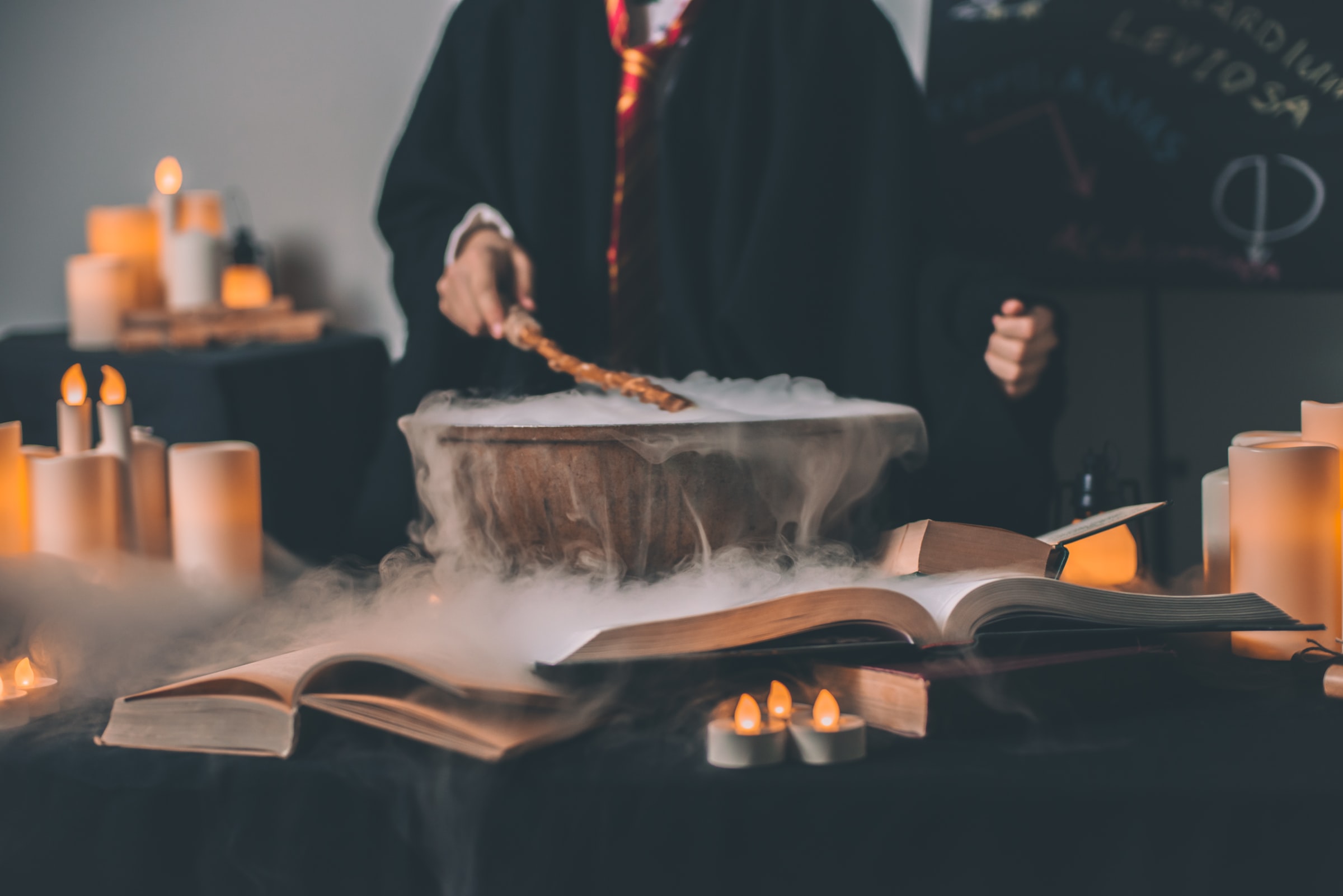 However, the recent transphobic statements of series creator J.K. Rowling had caused a severe rupture in what was once a formidable fanbase of “Potterheads.” These statements caused serious reflection in what was in those books and movies — such as the lack of diversity at Hogwarts, the inclusion of an East Asian character named Cho Chang, and the anti-Semitic addition of goblins.

But one aspect that any casual reader would not have noticed at first glance is the underlying misogyny of the book series in particular. While some aspects of said misogyny are included in the movie series, they tend to be glossed over in the transition from page to screen. The misogyny in the books, however, is something that does not require a spell to see properly.

The Harry Potter books were targeted towards elementary and middle school boys, which is why Joanne Rowling became J.K. Rowling in order to avoid scaring boys away from a story written by a woman rather than a man.

With this in mind, it’s wise to discuss the character of Hermione Jane Granger. Although in the books she’s considered one the brightest students at Hogwarts and in the play adaptation the Prime Minister of the Ministry of Magic, she is largely defined by being “bossy” and a “know it all.”

In her introduction in the first book, she’s described as having a “bossy” tone of voice when taking up a leadership position to help a fellow classmate. Her role in the story is only to help Harry and Ron research and to help them with their homework. While she is involved in the battles, she’s nothing more than the one who does the actual magic while Harry gets the credit. She’s always treated as a “know it all,” despite her serious knowledge and confidence in her intelligence.

Even when she wants to free house-elves, she’s seen as stupid for wanting them to have basic human rights. The only time her love interest Ron really sees her with anything beyond annoyance is when she dates Viktor Krum in the fourth book, where he envies her for becoming close to someone who actually is interested in her beyond a repository of knowledge.

Hermione may have been a part of the “main three,” but she was not treated with the same amount of respect as someone like Ron.

Ginny is by and large the love interest for Harry. From her introduction as a damsel in distress in the second book to her desire to expressing her sexuality in the books leading up to the finale, she is treated as silly and immature. How dare she have a crush on one of her brother’s best friends. How dare she write in a diary, only to be humiliated by a darker force she had no real control over.

How dare she be interested in boys and work to portray herself as sexually and romantically interested in her peers. She is seen not as someone who enjoys sports and is the only girl in a family of boys. She’s seen as an object of ridicule until Harry Potter decides he likes her sexually and marries her. Even in the play that shows her as a mother to Harry’s kids, she is not treated as a member of the main cast but as a background figure.

Luna Lovegood may have been JK Rowling’s favorite character in the Harry Potter series, but it’s not evident in the way she is mistreated in the books as “loony.” She witnessed her mother die, lived with a father who dabbled in extreme conspiracy theories and went to a school that actively ridiculed and harassed her for being herself. When treated with any merit in the story, it’s for the purpose of comedy or explaining weird magical characteristics. She’s unique. She’s quirky. She’s herself. She’s not seen as a team player, but as someone that is the source of jokes and humor at her expense.

The Female Professors of Hogwarts

Professor Minerva McGonagall is someone who can transform into a cat and teaches one of the most challenging subjects in this universe: Transfiguration. In the books, special attention is paid to her appearance, her beady eyes, and her stern expression. Never mind the fact that she is clearly a professor with high expectations for her students; her looks are always the center of the novel’s attention. Her shrill tone and her interests in seeing the Quidditch team succeed are seen as something to be made fun of, not to be seen as something she genuinely cares about and wants to see her students succeed in.

Other professors put on the back burner of the narrative to make way for the incel-like the character of Severus Snape, such as Professors Pomona Sprout and Sibyl Trelawney, are seen not as masters of their given field but as something to goggle at. Sprout is not defined by her skill in raising deadly plants like the Mandrake but by how she is “dumpy.” Trelawney is described as bug-like and never is treated seriously by anyone, much less her own students. The emphasis on appearances, not abilities, makes them more memorable to readers and, by extension, the rest of the franchise.

Putting aside the Muggle characters of Aunt Petunia and Aunt Marge, Mrs. Weasley is the one matriarchal figure in the narrative. However, she is never portrayed in a light beyond the comic.

A mother of seven children, the glue that keeps the Weasley clan together, the well-lauded chef in the narrative, Mrs. Weasley deserves more than the label of “saber tooth tiger.” When first introduced in the story, she is described to have the look of a saber tooth tiger, for being aggressive for showing genuine fear for her children disappearing in the middle of the night with a dangerous car. Her anger and fear are dismissed as her being bossy and severe, not for being a mom concerned with the welfare of her children.

The backstory of Molly Weasley in further Potter readings show that her maiden name was Prewett. Her family was murdered by Voldemort and his supporters trying to defend others from evil. She is scared for her children’s lives, knowing that evil such as Voldemort and his followers still exist beyond the safety of their house. Her affection and attention to her kids and Harry Potter show a mother fearful of a future similar to her past. Hell, her most defining line, “Not my daughter, you bitch!” shows the serious fear she has of losing her only daughter to the murders who took the lives of her family members. The overbearing nature comes extremely clear; nearly every one of her children has risked some form of severe punishment for their actions and reactions.

Her being relegated to the household, unable to influence the lives of her children, creates serious anxiety for her.

With this in mind, her treatment in the books as the angry chef of the Weasley household shows a lack of defined character to the reader. She’s seen as overbearing and strict, not a pillar of strength in a large family. Her interests in writers like Gilderoy Lockhart, who, despite being a liar and a cheat, wrote stories about facing danger head-on and living to tell the tale are shrugged off are seen as being worth of mockery.

Despite being a background character, her treatment shows a greater subtext of misogyny that the story fails to address.

There is a great number of female characters not in this, such as Bellatrix Lestrange and Dolores Umbridge, two female characters that are seen as the harbingers of evil in the stories. This is meant to show how a story deemed “feminist” and “empowering” to an impressionable audience is not at all feminist or empowering when reading between the lines.

While Hermione may be a “boss witch” to fans of Potter lore, she is treated far lesser in the story despite being accomplished beyond the classroom.

Read also:
Ms. Marvel, We Need You
8 Biopics About Women You Have To Watch
Feminist Films For Every Mood

An Open Letter To My Amma 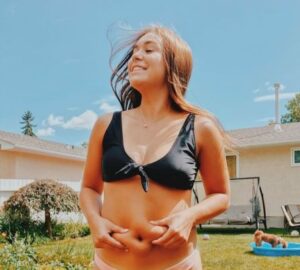