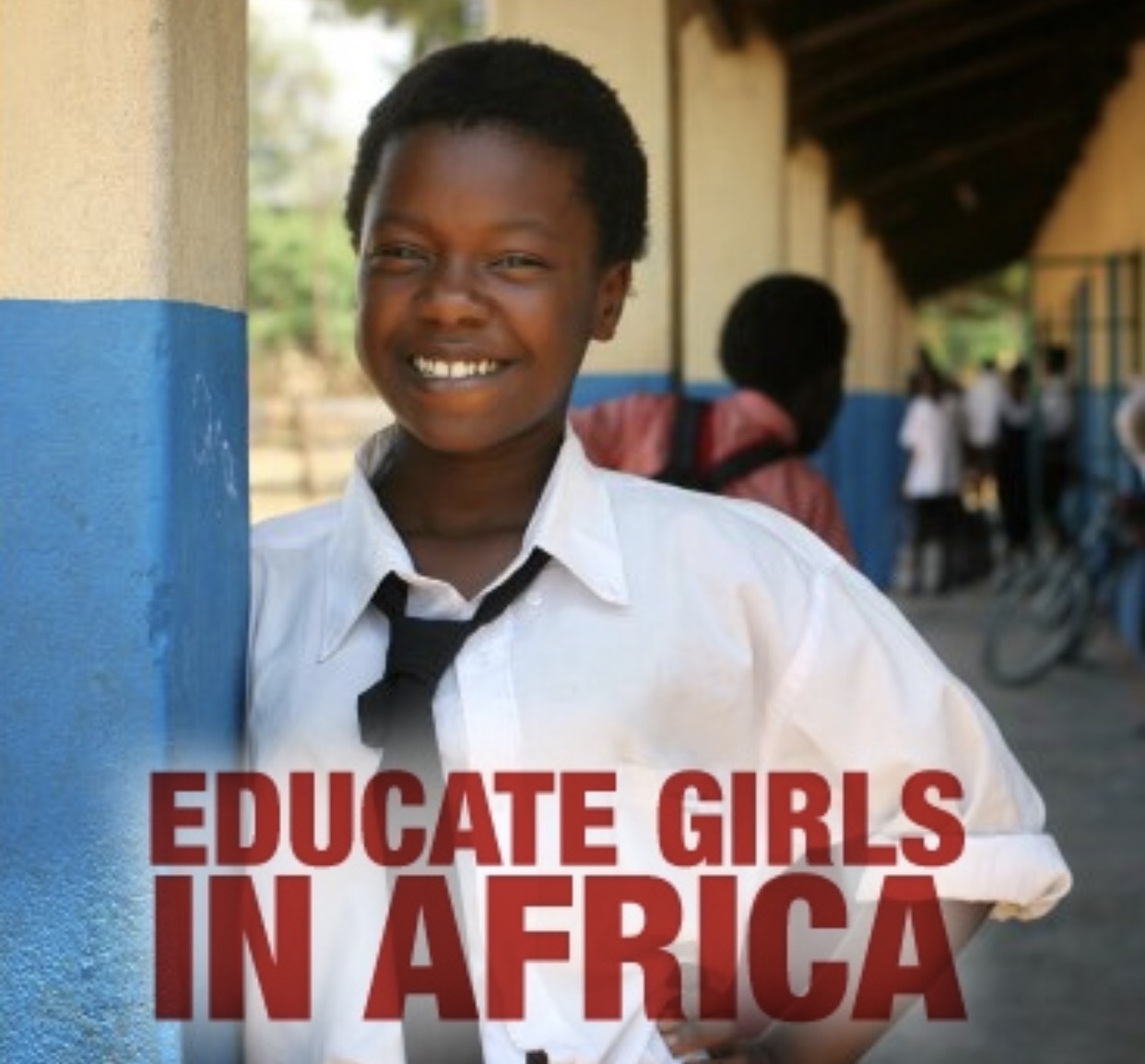 Women’s education has been an ongoing topic for generations. Women in the past were regarded as inferior to men and were therefore “not worthy” of receiving an education. They were expected to bear children, clean, and cook, because that was “what a woman was supposed to do.” Eventually, many women in first world countries were given the right to go to school and have impacted their respective countries in many ways because of this. All is well for women’s education in our modern world. But what about the third world, the struggling countries? What about their women that are still viewed as child-bearers and nothing else? What about the 50% of young girls in poor countries that do not attend school? How can we help them achieve the level of equality in education that many modern countries have? That’s where Camfed comes in.

Camfed is a non-profit organization dedicated to supporting young girls in Africa by giving them the opportunity to go to school. This may not sound exciting for those of us in developed countries, but for these young women, their education is everything. Education means a place to learn and grow, and an opportunity at a better life.

When a young girl in Africa is supported by being given an education, she is three times less likely to get infected by HIV/AIDS, earns 25% more income, and has a smaller, healthier family. When you give a girl with the drive and initiative to go to school, you give her a happier life and a fighting chance in the world.

Camfed wants to give every girl that fighting chance. They believe that the education of women is the key to the future success of underdeveloped countries, and so far, they have given over 200,000 of these women secondary scholarships.

But anyone could learn these things about Camfed if they visited their website. So I decided to ascertain answers that would not be able to be seen by normal means. Here is my exclusive interview with a member of Camfed:

Who are you, and what is your responsibility at Camfed?

How did you find out about Camfed? Why did you decide to join Camfed’s cause?

I joined Camfed International in Cambridge in 2004. I was motivated to work in the field of girls’ education after studying in Kenya and conducting research on child growth stunting in the Gambia, witnessing first-hand the direct impact of mothers’ education levels on child and family health. I then went on to establish Camfed USA’s office in San Francisco in 2006 and have been here since.

What does it mean to you to be a member of Camfed?

Girls’ education has been shown to be the single greatest investment you can make – impacting everything from economic development and health to addressing climate change and the education of future generations. And with Camfed’s movement being led by the educated young women who have emerged from our programs over the past 24 years, being a member of this Campaign for Female Education means that I’m able to contribute to work that will not only transform the communities in Africa where Camfed operates but our wider world.

Can you give some examples of young girls you’ve helped in the past?

Many of the girls we give back to their communities as CAMA members (Camfed’s Alumnae association, more than 80,000 strong), including some of our current leaders such as Angeline Murimirwa. More stories about the girls we work with can be found here.

How can people join and begin working for Camfed?

There are many ways people can get involved, outlined here. The biggest thing that people can do is to donate to our organization here.

Do you have anything else to add?

Camfed is an international non-profit organization tackling poverty and inequality by supporting girls to go to school and succeed, and empowering young women to step up as leaders of change. Since 1993, Camfed’s innovative education programs in Zimbabwe, Zambia, Ghana, Tanzania, and Malawi have directly supported 1,876,214 students to attend primary and secondary school, and more than four million children have benefited from an improved learning environment.

Camfed aims to destroy the stereotypes imposed on women for hundreds of years, and will not cease to educate girls and create the leaders that third world countries need. They intend to end poverty by giving hope to those that can achieve greatness just by lifting a few boundaries imposed by the ever-dominating patriarchy. They give women the things they desire to have, a great mind and a purpose – all because they received an education.

Camfed is an organization that has existed for almost 15 years, and its promise of assisting one million girls has almost been fulfilled. It looks to change not only the percentage of suffering women in areas where they are intended to toil and ache but also the societies imposing these intentions. Educating a woman and giving her the power to shoot beyond the stars is all a crippling country needs to stand up stronger than ever. Camfed has provided this opportunity, and will not cease until every girl stands up equally to the men who impose their superiority until every girl learns how to read and write until every girl is given a fighting chance in a world where they have always been forced to obey.

Softness Of The Brown Woman

Maddie Loy is a 15 year old student at Garland High School, where she enjoys theatre and varsity drill team. She recently got into writing because she was, and still is, inspired by her English teacher, Mr. Segura. In just one school year he turned her from a complete train wreck of a writer to one of the best in his class (with his help of course), and she can't thank him enough for that. A feminist, a Netflix-binger, and just an overall wacky teenager, Maddie loves to share her ideas and experiences with the world. She hopes that Women's Republic will help her writing skills and make new friends from all around the globe. And of course, she loves all of the WR fans reading her articles!