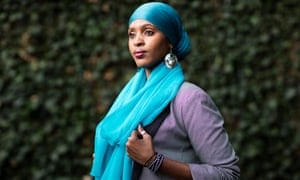 Over the past couple of years, women’s testimony and stories of their experiences have been widely shared across social media. Women have shared their stories of everyday sexism, sexual violence and harassment and abortion. Women have shared their trauma and painful moments to give voice and meaning to many complicated issues. Ifrah Ahmed, a Somali born Irish activist, took her voice and story about female genital mutilation (FGM) to the world and made a significant change.

When Ahmed was eight years old, she was subjected to FGM. FGM is a procedure where women’s genitals are cut, injured or changed; there is no medical reason for FGM. There are three types of FGM, and Ahmed’s was Type 3, meaning that the vaginal opening is sealed by cutting and sewing over the outer labia. At thirteen, Ahmed was raped by soldiers. After being raped, she was re-circumcised. When she was seventeen, Ahmed left Mogadishu and came to Ireland seeking asylum in 2006 due to war breaking out.

Ahmed is one of the first women to share their experience of FGM in Somalia. She has since campaigned against FGM; Ahmed runs a foundation that lobbies the government to make FGM illegal. In 2012, Ahmed was instrumental in the legislation that banned the practice in Ireland.

Ahmed experiences ongoing abuse on social media from people who disagree with her campaigning against FGM in Somalia. However, she was appointed as an advisor on gender to Somalia’s Prime Minister in 2016. In Somalia, 98% of women have undergone FGM and Ahmed aims to break the silence around FGM and use her story and experiences to make a change. Last year, she made a short documentary about a girl who bled to death after forced FGM. This year, a dramatized version of Ahmed’s life will be released as a film. The movie provides an opportunity to challenge perceptions about survivors of FGM. A Girl From Mogadishu is produced and directed by Mary McGuckian and stars Aja Naomi King.

There is no doubt that Ahmed is an inspiration and that her story speaks to the sexual violence that happens during the conflict, gender-based violence, FGM and the refugee and asylum experience. Her strength and how she uses her past trauma to improve the lives of girls and women in the future need to be celebrated. Whilst women do not have any responsibility to share intimate, personal or painful experiences; the women who choose to share are a testimony to how powerful women’s voices and stories are. Ahmed demonstrates how women’s courage can inspire, empower and become the catalyst needed for change.