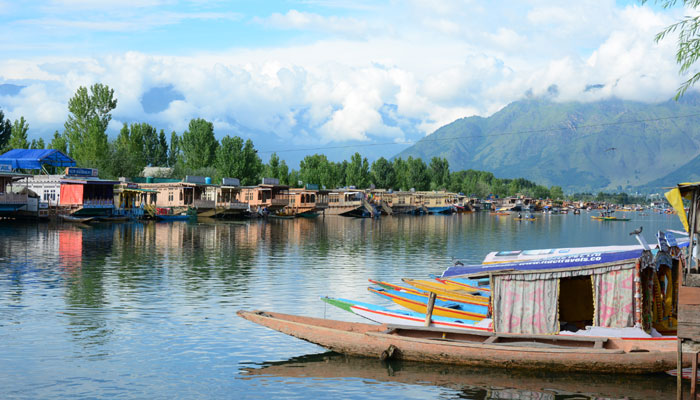 Ruwa Shah (26), a Kashmiri journalist, described Jammu and Kashmir as being the most highly militarised zone in the world. Following the exit of the British colonialists and partition, India and Pakistan have been fighting for the control of the region.

The Indian army invaded Jammu and Kashmir in 1947 resulting in human rights being violated for over seven decades. Shah stated that for every one Kashmiri there are four Indian soldiers. There is no age limit to the atrocities committed by Indian soldiers. The Indian army employs rape as a weapon of war, with its victims ranging from young girls to women of 70 and 80 years old.

In the villages of Kunan and Poshpora, the Indian army forcibly separated the men and women under the guise of suspecting the men to be militants, and repeatedly gang-raped over 60 women in one night. The Indian army has denied all claims regarding this incident.

Shah’s father was taken as a political prisoner because he refused to bow down to the Indian army; she stated that her only method of communication with him is through letters which can take over two weeks to reach him. Anyone who speaks out is imprisoned; explained Shah- “every person in Kashmir is a victim of the occupation,” and every village has been subjected to a massacre.

Parallels can be drawn between the struggle in Kashmir and the conflict underway in Palestine, as well as South Africa under the apartheid regime.

“This is occupation,” said Shah. She has childhood memories of gunshots and violence, raids and ransacks; and “every Kashmiri relates to it.”

In 1947, Jawaharlal Nehru promised that the people of Kashmir would be allowed the right to self-determination, yet 72 years later they are still suffering at the hands of India’s military. Shah likened her homeland to a ticking time bomb which could trigger World War Three.

While the Indian government has claimed that only 45,000 have died in Jammu and Kashmir, Shah stated that over 100,000 have been killed, and over 10 000 have disappeared and are suspected to have been murdered.

In 2014, the Indian military introduced pellet guns as “non-lethal weapons to disperse mobs” yet since they have been employed by soldiers, they have killed, hurt and blinded thousands, injuring children as young as 18 months.

“This is our life and this is not normal,” concluded Shah, urging the crowd to raise awareness about the atrocities committed in Jammu and Kashmir.

Shrill Is Music To My Ears: How An Introspective Comedy Can Bring You More Confidence

The Physical Appearance Issue: Are Women In Politics Changing?