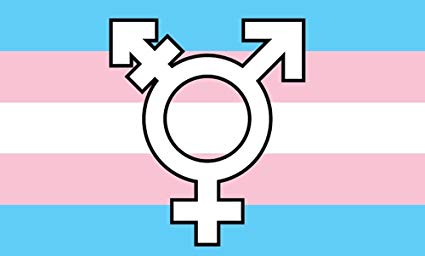 Gabe has been my friend since our freshmen year of high school, which was almost 6 years ago. At that time, I knew him as a woman, until he came out to me as a transgender male sometime later in our high school career. I consider him to be one of my closest friends and am grateful that he trusted me to interview him and tell his story in order to spread awareness in the transgender community. I hope this interview helps more people come out and become confident in who they are.

Q: When did you first realize you were transgender? Did it take some time for you to admit this to yourself?

A: I realized I was trans when I was 17, a junior in high school. It honestly didn’t take much time at all for me to admit this to myself since I already knew I was bisexual, but when I learned about being transgender and what it means and the different types, it felt like everything sort of clicked. I knew there was something different about me compared to other girls but I had no idea what it was and then I found out what being transgender was and tested out the masculine pronoun in my head a few times before I was like “yeah that sounds really good.”

Q: How did it feel to finally come out to your family and friends? Was everyone supportive of your decision?

A: Coming out to my friends was easy. I came out to one of my friends first while driving her home after school. I just told her, “hey I think I like he/him pronouns and I might be a guy” and she said “oh nice I’m non-binary” and it was a nice mutual coming out together. After that, I came out to my close friends in a group chat and gave them a new name to call me (Gabe) and they were quick to pick it up and were very welcoming. For my family, it was a lot more difficult, mostly because I wasn’t sure of their standings on LGBTQ people. I came out to my mom twice about being trans, the first was brushed off and the second was skeptically forgotten. The third I held my ground, but we never spoke of it again. It wasn’t until I started college and after I went to the hospital that my mom started to listen to me and confessed that she was scared for me since it’s a scary world for trans people and she doesn’t want her child to get hurt. Now she is a pillar of support as well as my brother, dad, and extended family. I was scared to tell them at first but thanks to my transitioning and my growth in self-confidence these past few months, I was able to tell them who I am and it turned out very well and most are openly accepting to my identity.

Q: How is the transitioning process and how would you explain it in your own words? What were the difficulties you faced while you were transitioning?

A: The transitioning process is nerve-wracking. I have anxiety, so I constantly overthink everything and I questioned my identity a lot while I was seeing my therapist. I was anxious to start transitioning because I was worried about being wrong. Now that I’m over a year on testosterone, I can confidently say I wasn’t. That being said, I am still anxious with chest surgery because the surgery could go wrong, I could be wrong still, etc.

I’m very fortunate to be living close to a city that has LGBTQ based medical offices where I can get my testosterone and other gender services. The most common difficulty I’ve faced is getting my hormones because several times this year I have had trouble taking them as scheduled, which made me stressed out. I’ve gone at most 4 weeks without a dose, which had a mild effect on me because my voice started to become high pitched and made me extremely self-conscious.

Q: What are some struggles you are still facing as a transgender man? Have you been in any situations in which people have said ignorant comments?

A: The struggles I’ve faced is mostly in the dating realm. I’ve been seen as not “man enough” because I’m trans which made dating hard and I haven’t tried to get myself out there to date since that experience. Also, there were struggles with getting medicine and seeing doctors because since I’m trans, there’s no real, clear cut doctor for someone like me to see. Like, do I go see a gynecologist? I wouldn’t know.

I’ve been in a lot of situations where people have said ignorant comments, mostly without realizing I’m transgender, which is mildly humorous. I’ve heard my pronouns are [insert object] jokes and “how dare you assume my gender” jokes and other trans-phobic jokes. I was too afraid to correct or explain why those jokes are offensive because of my anxiety and of what could happen to me personally if I stood up for myself.

Q: What are the difficulties of becoming a transgender man in comparison to a transgender woman? Do you think one side has it easier than the other?

A: In the grand scheme of things, everyone’s experiences are different, but in my personal experience and viewpoint, transgender women have more difficulties than transgender men. The tomboy aesthetic has always been less taboo than the feminine male aesthetic, so when society views trans men as tomboys and trans women as feminine men, it becomes dangerous for transgender women. Also, it is important to note that transgender women brought LGBTQ issues to light and started this community, yet are still shitted on and deemed as fakers and are known as “men trying to get into our spaces.” I’m thankful for transgender women and their bravery to keep moving forward.

Q: If you could go back in time, what would you tell your younger self?

A: I would tell my younger self not to worry so much and not to grow up so fast, to enjoy the genderless free person she was. Younger me didn’t really know or see the gender binary at that point, mostly because my parents didn’t really push me too hard to be feminine. It wasn’t until I got into American society that I felt the pressure of gender but I digress. I would tell younger me that it’s okay to be different, that it’s okay to have short hair and wear boys clothes as well as skirts and other girl things. You don’t have to decide who you are now, that’s for me to figure out.

Q: Do you think the world is starting to become more accepting of transgender people? What would you tell other people who are trying to come out?

A: I would say yes. I’ve worked for two companies that had managers who were very accepting of my gender and preferred name over my legal name, which gave me a lot of ease. I would tell other trans people coming out to be careful because even though the world is being more accepting, there are exceptions. Trust your gut and don’t ask other transgender or LGBTQ people how you should or when you should come out because it’s your situation and your decision. Only you can decide when, how, or if you come out. I would also say be brave. It’s very scary sometimes and it feels like you’re walking with a neon sign on your back and everyone knows, but hold your head high, walk with confidence, you know who you are and you’re going to do amazing things.

Tweet
lgbtqtrans pridetransgendertransgender man
Previous ArticleI Want To Look Like Her: Are Body Image Issues Getting Worse?Next ArticleSometimes RELAX, BREATHE And REPEAT Are The Only Words Needed!