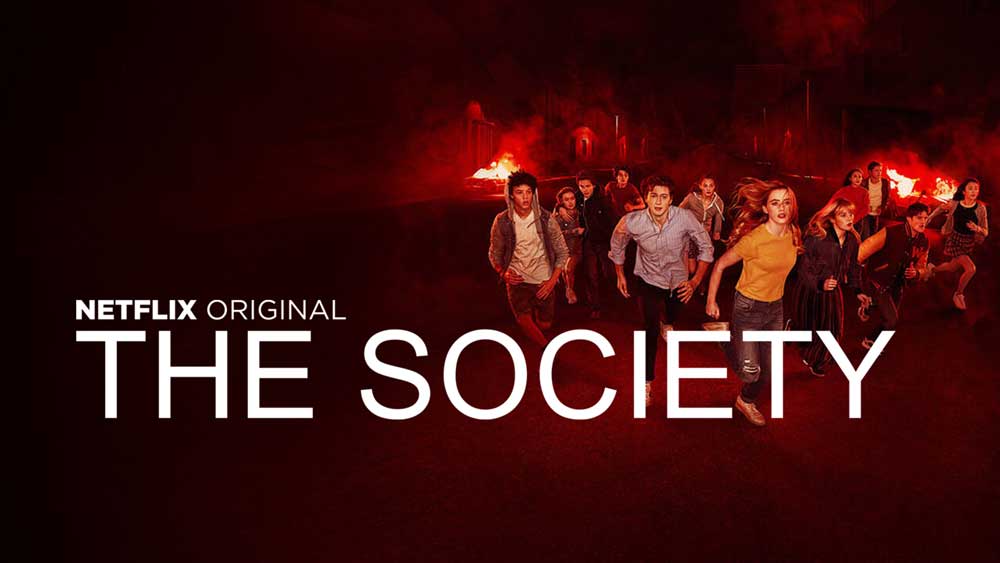 (This article contains spoilers for the Netflix show ‘The Society’).

Earlier on this summer I was flicking through Netflix and decided to watch the new Netflix show ‘The Society.’ I had heard of it through social media and was curious to watch what was deemed a modern Lord of The Flies. One thing about this show that struck me was how it emphasised the damaging effects of toxic masculinity and gendered dynamics within a group of boys and girls. What would have been previously brushed off as ‘boys being boys’ and normal ‘lad’ behaviour is shown to have negative and dangerous effects. This emphasises a changing climate where toxic masculinity and rape culture is being called out and shown as insidious within society.

The show is about a group of high school students who return to their town after a school trip and find out everyone has disappeared except them. With no contact with anyone else and no way out of the town they are forced to survive on their own by rationing food and appointing leaders and enforcement hence, they create a ‘society’ of some sort.

Cassandra takes the lead as she seems the most sensible and has experience with leadership as she was student president. Her strong leadership, as well as her policy to ration food and resources, makes her unpopular with a group of stereotypical heavily masculine football lads who were used to calling the shots in high school. Harry, Cassandra’s rival strongly dislikes her as he believes her to be brainwashing his ex-girlfriend Kelly in going against him.

Their strong dislike of her means before prom in episode 3 ‘childhoods end’ they freely talk about raping her to ‘loosen her up’ . They laugh and joke around about making her ‘beg for it’ and eventually talk about killing her through sexual violence. The intensity of this scene leaves the viewer feeling disgusted but expresses how inherent rape culture is that a group of guys immediately threaten sexual assault as a way of degrading and mocking Cassandra. The fact that they laugh about it so nonchalantly is possibly the most sinister part of the scene as it shows the normalisation of sexual violence and hate crimes against women as they see it as a joke.

It emphasises how rape and sexual assault takes on a largely gendered power dynamic as they talk about sexual violence against her in a way to disempower her, to subordinate her and to assert their masculine power over her. It is entirely relevant that she is a woman that they speak about her in this way, degrading her into a sexual object in which they can assert domination over. They would not speak about a male rival in the same way thus emphasising toxic masculinity breeding rape culture as essentially a gendered threat which has a lot to do with power.

The insidiousness of rape culture being normalised is further seen by how one of the boys says to his girlfriend ‘just the usual’ when she asks what they were talking about. This subtly implies the prevalence of toxic masculinity and discussions such as this one.

The scene is supposed to be uncomfortable as they graphically talk about sexual assault. The director does a good job of creating this tension. The plot goes even further to show that just talking about violence against women is dangerous in itself and can’t be dismissed as harmless banter as the riled up discussion influences one of the boys to murder Cassandra that very evening. While this may be extreme, it does show that words can influence actions. This discussion influenced an attitude for the murderer (Greg Dewey) to think he was justified in killing Cassandra because he saw her as subordinate, this discussion degraded her value of life towards him.

This show is good at emphasising the harmful effects of toxic masculinity and rape culture as well as expressing how it has been normalised within society.