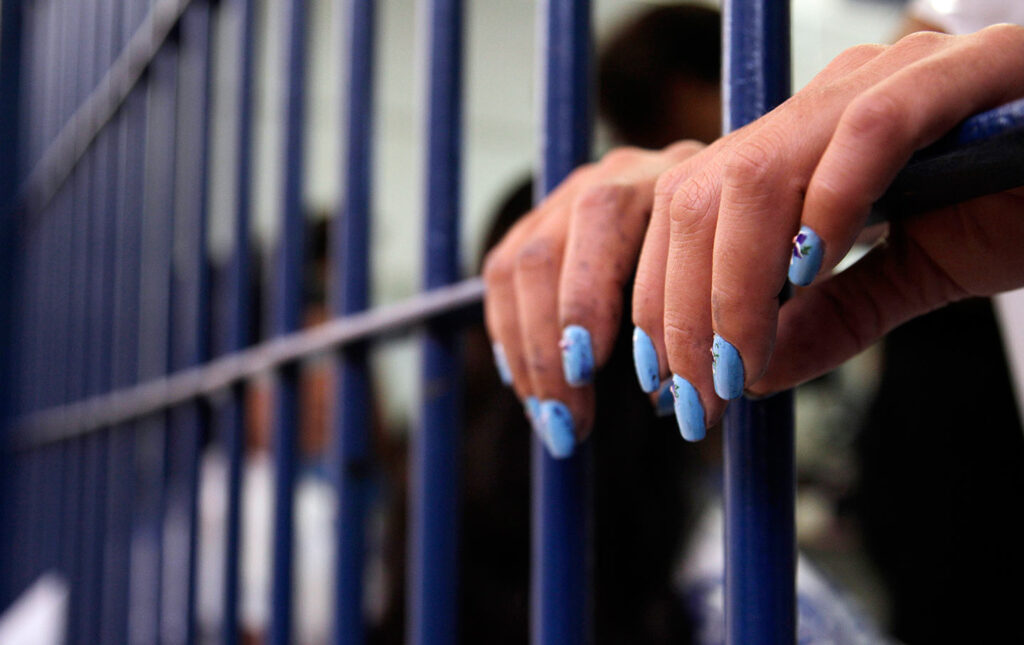 I want you to take a moment to actually imagine a woman in jail. Going through rigorous work, strip searches, and confinement. Can you imagine her leaving in a better position than when she came in? Or even with a decent amount of dignity? It’s difficult, isn’t it? That’s because these systems were never meant for women. Women who commit crimes are thrown into this structure that was created to rebuild men, and they are expected to somehow benefit in the same way.

Private prisons operate under contracts with the state, which almost always include lockup quotas. States are contractually obliged to fill a certain percentage (anywhere from 80-100%)  of the private prison’s beds, or they have to pay the prison a “low-crime tax”. This means that the state needs a certain amount of people to be locked up – regardless of factors like the actual crime rate.  And police know exactly where to find these people – where the communities are already targeted – where people would have to work 10 times harder to fight back – where outcries have become so common that it is almost tradition for those above to block out their screams. And when you add forms of systematic oppression such as racial profiling, the war on drugs and police brutality to that, the odds of someone from these areas being arrested are unimaginable. Police spend an insane amount of time in the and , where they enforce harsh penalties for minor violations, show little to no restraint in pulling the and execute an inhumane level of brutality. Which of course means that and low-income women are more likely to be targeted and arrested than anyone else.

Once they actually reach the station, it just gets worse. Depending on the crime, people will have the choice to pay bail, which many of these women can’t afford to do. They are already at a disadvantage financially because of the wage gap, but because a majority those sentenced to jail time have a low income and/ or have family members dependent on the money they do make, convicted women are usually facing 2-3 financial barriers at the time of arrest. Which therefore makes it almost impossible to pay for bail, and means they are headed straight to pretrial detention, a jail but for people who haven’t been convicted of a crime yet.

Yeah, you heard that right.

America’s “innocent until proven guilty” procedure goes straight out the window if you’re poor. The conditions there are so awful, that pretrial detention has actually been proven to increase crime rates. The Nation states, “With just two to three days of (pretrial) detention, low-risk defendants are almost 40% more likely to commit new crimes before trial than equivalent defendants held less than 24 hours.” Women essentially being forced to spend time there not only results in severe mental health issues, but also only makes it more likely that they commit a crime in the future, making this a continuous cycle.

Once women are convicted, they need to take tests to determine their risk level as an inmate. All results are connected to statistics on what other prisoners who had the same answers benefitted from/ needed in prison. Based on the answers women provide, and their corresponding empirical evidence, prisons will decide how a woman’s stay at the prison will look like. They decide how likely she is to commit another crime, how secure her cell should be, how much support she needs within the system, visitation rights, eligibility for financial assistance (Which a majority of these women need), and so on. However, most of the empirical evidence that all of this is based on are studies that were only conducted on men. Which is a huge problem, considering how many of these factors would be different for women.

Women generally pose less risk than men of re-offending or committing another crime, and the types of crimes they commit are generally nonviolent as it is. In addition, women usually commit crime due to need, and/or in response to significant abuse, not due to carelessness or aggression. This indicates that women shouldn’t be restricted or monitored as much, don’t need as many harsh punishments, and have a greater need for psychological care than men. However, because the tests don’t account for these factors, women are classified as higher risk than the real level of threat they pose and as a result, are over punished.

These just the disadvantages women face getting into the system itself. Once she’s in the prison, matters only get worse . From harsh and abusive procedures, to stripping women away from their children, to negligible reproductive care, the prison system severely underserves and undermines this nation’s women. Women should be given a chance to improve, to learn, and to get better in these systems. The criminal justice system’s entire purpose is not to torture everyone who made the mistake of committing a crime, but to reduce crimes rates overall, and ensuring women leave in a worse mental, physical, and financial situation then when they arrived only drives that goal further and further away.

Simran Bhatia
Simran Bhatia is a student who loves writing and spreading awareness on social issues. The first step to battling any oppression is recognizing that it exists and understanding the multiple levels that it functions at. Simran hopes to aid this process through her writing.