The death of George Floyd in Minneapolis on May 25, 2020, sparked national outrage, and tens of thousands across the United States have taken to the streets to demand justice. Floyd, an African American man, was arrested for the suspected use of a counterfeit $20 bill and died in police custody after white officer Derek Chauvin knelt on his neck for 8 minutes and 46 seconds. In videos of the arrest, Floyd can clearly be heard saying, “I can’t breathe” and became unresponsive for 2 minutes and 53 seconds before Chauvin removes his knee. All four arresting officers were fired the next day, and former officer Chauvin has been charged with third-degree murder. The circulating videos of Floyd’s death initially instigated peaceful demonstrations that, in some cases, have since devolved into violence.

Floyd’s violent death and the resulting protests echo past injustices and give at least some insight into the struggles faced daily by the Black community. The anger and sheer frustration of generations of oppression can be seen in the faces of the protesters as they chant “Black Lives Matter” and ” Hands Up, Don’t Shoot.” That men and women of color continue to fear for their lives in the face of institutionalized racism, and police brutality is unacceptable. The deaths of George Floyd, Ahmaud Arbery, Breonna Taylor, Trayvon Martin, and countless others are a painful reminder of the work left to be done in the fight for racial equality.

In this time of uncertainty, many are asking what they can do. The most important way to lend support is to speak out. This is not the time for silent solidarity. It is not enough to sympathize or quote Dr. Martin Luther King on social media. This is the time to stand with the Black community and make our voices heard. White Americans must use their privilege to fight for minority rights.

Most importantly, as a nation, we must rise up and vote to make our country safe for all. The president’s response to the protests is unforgivable, and his use of police and military personnel to force peaceful protesters away from the White House with tear gas and rubber bullets is despicable.

Not only are American citizens exercising their right to protest being assaulted, but police officers, the national guard, and other military personnel are being put in harm’s way and forced to stand against members of their community. This is not the leadership our country needs. The only way to instigate lasting change is to vote for leaders who will protect civil rights.

Read also:
Why Is Police Brutality Still An Issue In 2020?
[White] Women For Trump
Riots Are Just Another Symptom 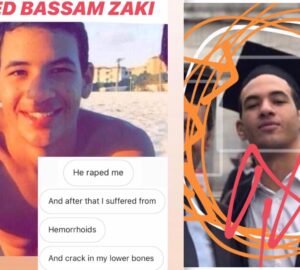