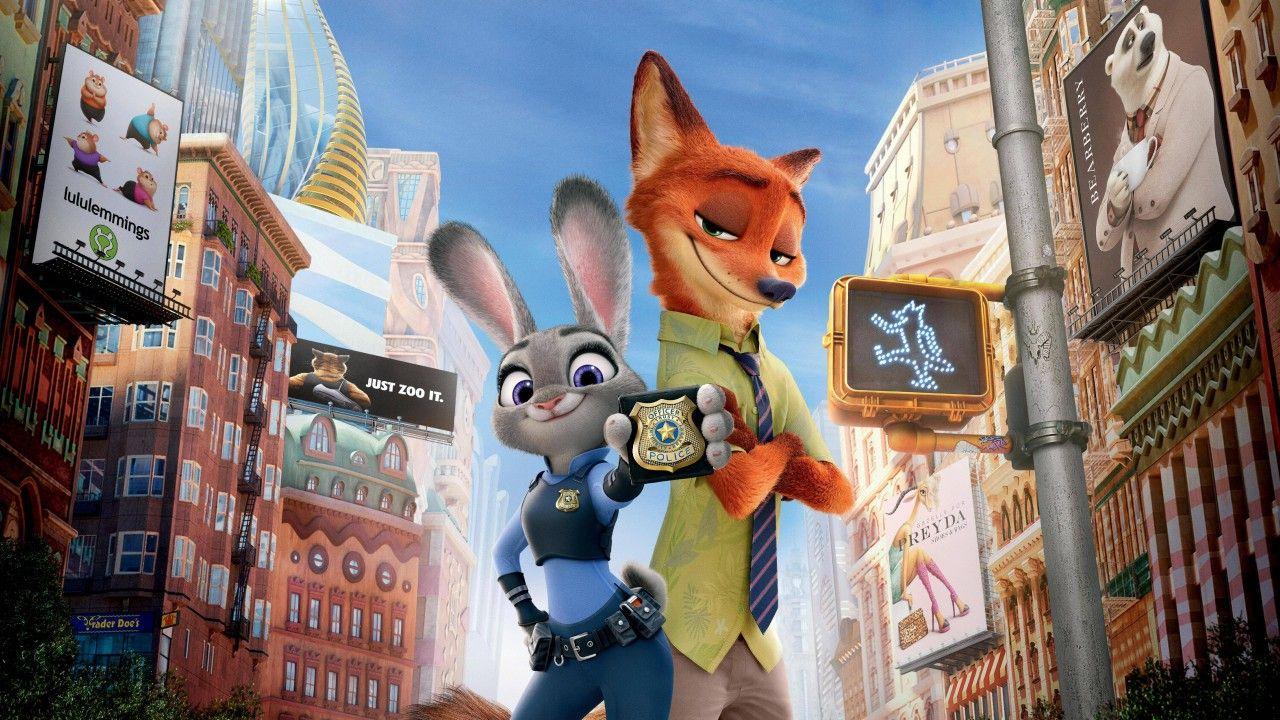 It happens a lot: someone tells you that the burger you’re about to eat, the coffee you’re about to drink, the film you’re about to watch, the boom you’re about to read is the BEST burger/coffee/film/book in the world.  You get stuck in, ready to be wowed and…meh.  It’s only OK.  And the most annoying thing is you know that if it hadn’t been oversold to you, you probably would have enjoyed it more.  But you were told it had the juiciest patty you’d ever have, that the coffee to milk ratio was perfect, that the film was worthy of an Oscar, that the book would make you both laugh and cry out loud in public, so you can’t help but notice that it doesn’t.  Has it ever happened to you with feminism?

When the film Zootropolis (or Zootopia, as it is called basically everywhere but the UK, I believe) came out, my friend persuaded me to go see it with her by selling to me as a cute, feminist Disney film.  I was excited!  For those who haven’t seen it, the premise is a world of animals where a bunny wants to be a cop and is laughed at because bunnies are weak and she goes on a difficult journey to get the respect she deserves.

I love Disney and this was pre-Moana, so the new age of Disney based feminism had only just begun to crest, with Frozen and Tangled pushing it forward, and I wanted to support it.  I came out of the cinema rather annoyed.  Don’t get me wrong; Zootropolis is a great film.  I love it.  I watch it often.  It has amazing plots and lines about sexism and racism that come out and slap you fully in the face and examines the language around these concepts in ways that kids can understand and reject.  It’s powerful and important.

But, I was sold a feminist film with a strong female lead proving that she can be a cop despite people’s prejudice about her biology and…well, it missed a little there.  The first time I watched it I became increasingly more disappointed by how many of the big clues, ideas, and actions to solve the case central to the plot came from the male sidekick.  When I watched it again a few months later I actually sat down to make a tally of how the solving of the case was split and it was pretty much equal between the two characters.  The bunny, the representation of women, who had graduated top of her class at the police academy and was supposed to be proving that bunnies (women) could in fact be cops, did no more in solving the case than the petty criminal male, predator sidekick in HER OWN MOVIE!

And then there was Crazy Ex-Girlfriend.  I heard about the show from The Guilty Feminist where they were praising its portrayal of mental health and sex in a feminist way, and I was sold.  The creator had talked about how they had made sure it was a diverse show and that was true; there are main characters who are gay and bisexual, main characters from a variety of ethnicities, main characters with a range of body types.  But there are no visibly disabled people.  No wheelchair users, mobility aid users, blind or deaf characters.  There is one man with a facial disfigurement who is used as the butt of many jokes about it.  When this sunk in (it took a while, I was distracted by the otherwise awesomeness of the show) I was bitterly disappointed.  I had been sold the show on a feminist basis and it turned out, like so many things, to exclude feminists like me.

Now, you can argue that it is almost impossible to make anything that would please every type of feminist and I totally agree.  Crazy Ex-Girlfriend also has no trans characters, no infinifats, no Muslim characters.  Zootropolis draws obvious allegories for race and gender intolerance but not religious or sexual intolerance.  Things sold to us as feminist are like that world’s best burger; we’re told to expect perfection and are disappointed with anything less.

So, should we let it go?  (See what I did there?)  Should we accept that what makes a burger perfect for someone else might be missing the exact type of sauce I need to make it perfect, but that in actual fact is it a million times better than the fast-food version you usually make do with?  After all, if we decide that nothing short of perfect will do and we ignore those using better ingredients to make our burgers, people will stop making them and we’ll have to make do with McDonald’s.  Well, yes and no.  I am a big believer in supporting women-led content and will continue to consume feminist shows like Crazy Ex-Girlfriend that are making big strides in the right direction and doing new and innovative things.  But I will also continue to criticise those things and push creators to include more people (especially disabled people), more narratives and more viewpoints until it becomes mainstream to do so.

In other news, I have an inexplicable urge to go find a burger joint…

Earth Victories! But the Amazon Rainforest is on Fire