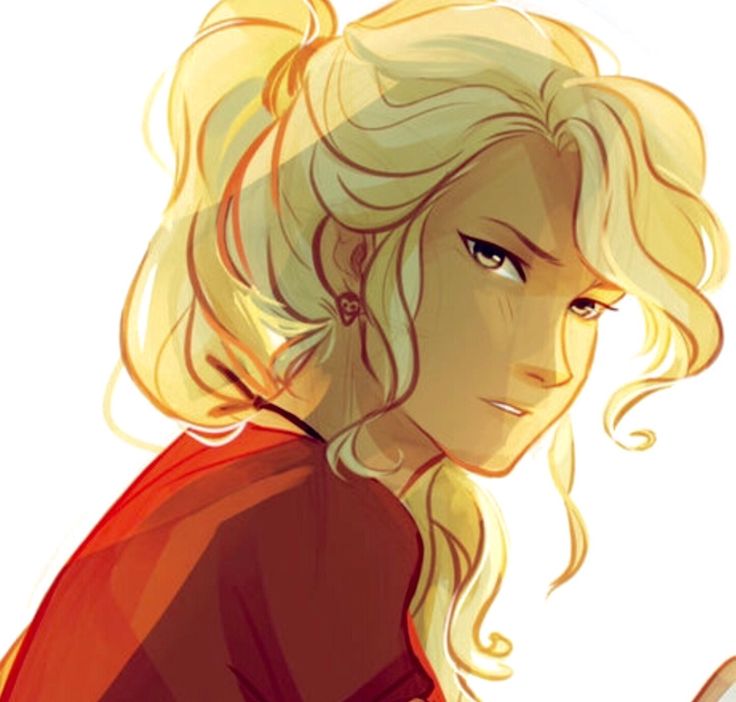 Very recently, I have done myself the greatest favor by reading The Percy Jackson and The Olympians series by Rick Riordan. These books always struck me as children’s novels since the protagonist is 12 years old at the beginning of it. And while this is a great read for children, I loved every second of it as the 21 year old I am. These books have something for everyone! The plot! The character development! The humor! But I digress. I want to discuss a character that is very central to the plot of The PJO series – Annabeth Chase. Is she a good role model for girls and women everywhere, or is she Percy’s tag-along?

If you don’t know, this series incorporates the world of Greek – and later on, Roman – mythology. It follows a group of demi-god children. Demi-gods are people with one human as a parent and one Greek god as the other. In this case, Annabeth is the daughter of Frederick Chase, a professor of American military history, and the goddess Athena, of wisdom, strategy, battle, arts & crafts, and reason.

Annabeth is thrust into the world of demi-gods from the time she was 7 and when we meet her, she’s a fierce hero of Camp Half-Blood. We know that she is intelligent, capable, brave and a leader. At just 12 years old, she leads her cabin at Camp Half-Blood. When Percy first meets her, he describes her as blonde-haired and grey-eyed, and we learn that it is because of her appearance that Annabeth feels that she needs to work harder to be taken seriously. She doesn’t want people to think she is shallow and superficial based on stereotypes. She knows that she has more than enough brains to accomplish what she wants. More often than not, Annabeth is saving Percy from trouble, using her wisdom and tactical strategies.

So is Annabeth a good role model? Undoubtedly. She strives to be a hero and achieves this. From the time we meet her, she is highly skilled and capable, and is somewhat of a mentor to Percy. But the best part about Annabeth (or any of the other characters) is that she is not without her flaws, making it so easy for people to relate to her.

Spoiler alert: Annabeth’s biggest fears are spiders, because of a rivalry between Athena and Arachne, but she conquers this fear. However, she is not arrogant and over-confident when she does this. We feel Annabeth’s growing fear and we know how much she struggles, but she beats it by using manipulative battle tactics all on her own.

Even better than that is Annabeth coming out victorious with the help of her team, showing that sometimes, it is necessary to accept help and it doesn’t make her any weaker of a character to do so. Annabeth has failed countless times, held the weight of the sky on her shoulders (literally!) and dealt with massive emotional trauma. We get to see that even though Annabeth is so strong on the battlefield, she allows herself to be weak emotionally occasionally. What makes her so inspiring, is that much like Hermione Granger, she doesn’t give in. Annabeth isn’t a character that’s forced. She’s effortless and you can’t help but root for her. She proves time and time again that she’s definitely not a sidekick, and she’d probably kick your ass just for thinking that.

“She looked just the way she had when she’d faced the Sphinx – like she wasn’t going to accept an easy answer, even if it got her in serious trouble.” – Percy Jackson, about Annabeth Chase in the Battle of the Labyrinth.

Halima Patel
Halima Patel is a 21 year old medical student in Johannesburg, South Africa. Of multi-racial descent in a country riddled with racial and sexist politics, she has a lot to say. She loves clothes, coffee, books and her family, not necessarily in that order. Her plans include showing how multi-facetted Muslim women are and graduating from med school.

The Type of Sexual Assault We Don’t Talk About: Coercion 18188

5 Reasons Why You SHOULD Date Indian Girls 14669

Colorism And Anti-Blackness In The Asian Community 10918