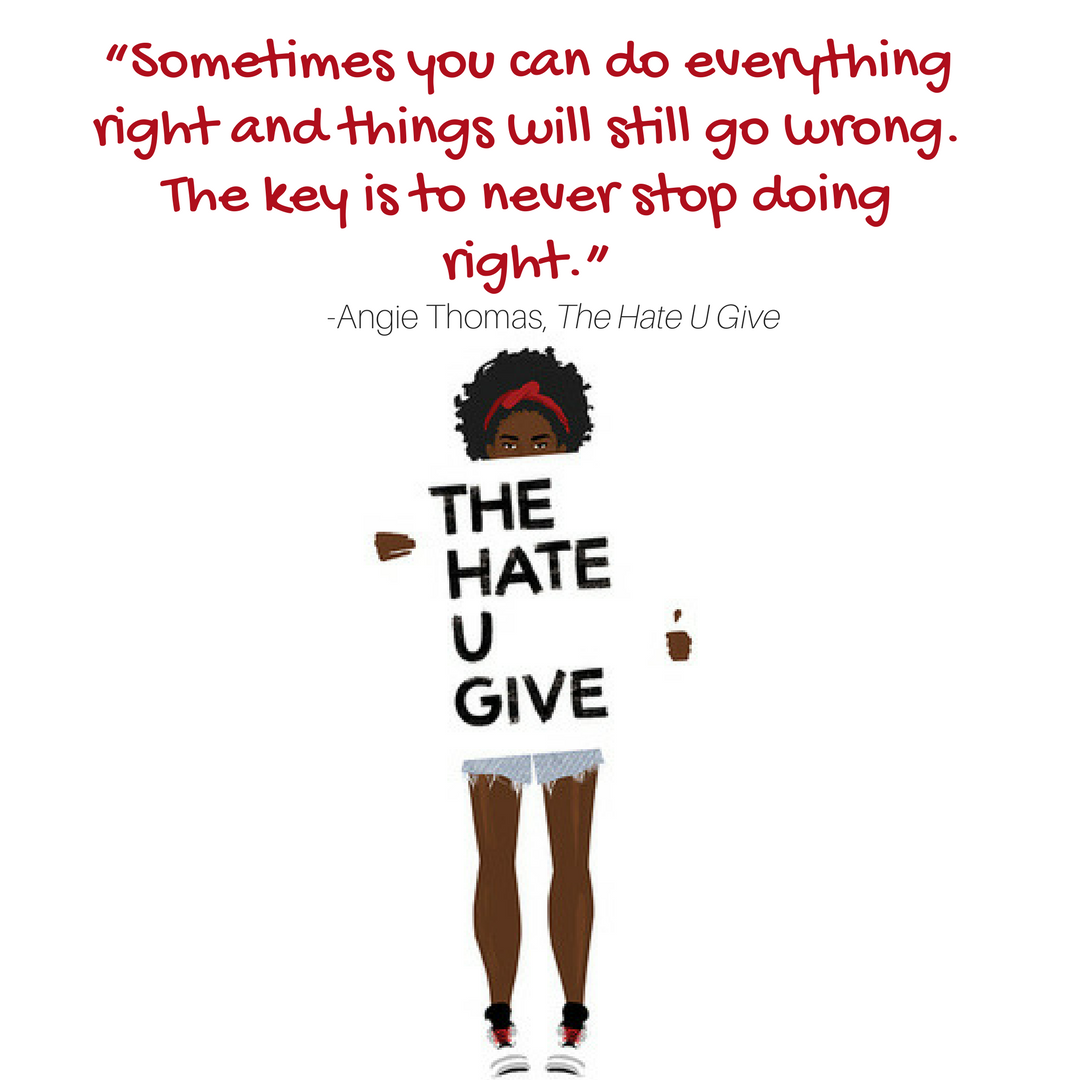 “The Hate yoU Give Little Infants F*cks Everybody” – Tupac Shakur

As 2018 comes to an end, I thought we would have achieved things such basic equality, which we have yet to achieve. It is high time that we reach the point in our history of civilization that we put more value on human life than just treat them as a statistic. Every day, I look at the news there is a number of people who have lost their lives due to brutality from those in power, in simpler words, “The MAN,” whether it be children dying from being deprived of basic nutritional needs, or those who targeted simply for the color of their skin.

The change needs to come from us. We don’t all have to be brave. We don’t all have to be in the front lines. But we do have to contribute to making our community tolerant, to educate them when they are at fault. Things are far from changing, however, I am optimistic that they will change with the recent rise for movements and self-awareness. There is a way to go about it and we must set an example for the future generations so that they do not carry the same practices and thoughts as us.

The Hate U Give by Angie Thomas provides us with that thought exactly. There is much to dissect in what was introduced by Thomas such as bravery, the constant fear of persecution of black people at the hands of the police due to racial profiling, the persona of “blackness” and about the examples that we are setting for our youth.

I can name at least 10 books or films from the top of my head that deal with the theme of bravery and you can argue that they are all inherently the same. So why am I pointing this particularly? Simple! The author introduces a very crucial part in the film where she introduces the “two types of talks” that Star’s father had with her. Black children have been taught from a very young age, how they must deal in situations in which they are targeted. To remain as “low key” as possible so that they do not attract attention to themselves. you are now, thinking, “so where does the brave aspect come into?” Well. although they might seem calm and collected during the interactions they are in constant fear that any twitch will set off an alarm for the other to induce reason for force. As Star’s father said “Brave doesn’t mean you’re not scared, Starr. It means you go on even though you’re scared. And you’re doing that.”

We all know that statistically, a black individual is more or likely to be stopped by police than a white individual. And if we were to take into account the number of times shots were fired, we would be floored. But we are not! It happens daily. According to USA Today; White police officers kill black suspects twice a week in the US which is approximately an average of 96 times a year. It also states that 18% of the black suspects are under 21 as opposed to 8.7% of white suspects. It seems absurd, but this is the reality. Black people become victims and are targeted for no apparent reason BUT the color of their skin (https://mic.com/articles/96452/one-troubling-statistic-shows-just-how-racist-america-s-police-brutality-problem-is#.q3pKujBm1). As Thomas mentions in her book; “People like us in situations like this become hashtags, but they rarely get justice. I think we all wait for that one time though, that one time when it ends right.”

Culture appropriation; the inappropriate use of customs, practices and or ideas of a person/society by members of another and typically more dominant society. It’s funny that we have to explain the problems that arise from this type of behavior. It’s only “cool” until it does not affect you personally in a way that would have your privilege being taken away. For example, girls wearing bindis or wearing native American headpieces at Coachella “just for fun” is probably not that most morally appropriate way to honor one’s culture. If it is something that can be regarded as a “costume” then maybe what you are not doing the right thing wearing it. Thomas introduces the thought that the so-called “blackness” is only beneficial when it is limited to the type of clothing one wears, the music one listenings, movies one watches, etc. Because once they stop all those they will inadvertently become part of the norm thus regain their “privilege.” Thomas best describes this as “Funny how it works with white kids though. It’s dope to be black until it’s hard to be black.”

Every parent wants their child to grow up in a society where they would not have to fear for their safe return everytime they leave the house. There is only so much that we can teach our children about the good in the world. We need them to remain hopeful for the good in this world rather than become jaded and lose hope and fall into the stereotypes that have been continuously instilled. We need to teach love, rather than hate because as Tupac said it best “The Hate U Give Little Infants F**ks Everybody.” We must teach them to stand up, be brave and show that silence actions are just as powerful as speaking up.

If there is one movie that you will see this year that will change your point of view, it should be this one. See It. Read it. Recommend It. Gift It. But share this powerful story as it goes beyond just a fight for rights or raising awareness. It shows the impacts of our actions that follow and how our silence plays a major role within the narrative.

“I’ll never forget. I’ll never give up. I’ll never be quiet. I promise” – Quote from The Hate U Give by Angie Thomas

Spread Awareness through Your Voice.

And so I leave you with this quote “Listen! The Hate U—the letter U—Give Little Infants Fucks Everybody. T-H-U-G L-I-F-E. Meaning what society gives us as youth, it bites them in the ass when we wild out. Get it?” “Damn.”  – Angie Thomas The Hate U Give

Travel To Embrace, Not To Escape