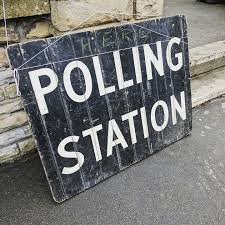 I have a confession to make: I don’t remember a single song that played at my senior prom. I quite frankly don’t remember my graduation ceremony in great detail. I have bleak episodic memory. But I remember exactly what it felt like to be on a college campus on November 8th, 2016. It was bleak, and rainy where I live, and a campus that was normally loud and lively seemed to only communicate in low whispers. I had one professor ask us casually how we were all doing and we uniformly responded “Bad.” I had another professor let us out early “because we all looked so heartbroken.” Many of us were wondering what was coming. And a year later, we found out.

Last night, Democrats won key gubernatorial races in Virginia and New Jersey. Last night, my home state elected its first female mayor in the major city of Manchester. Last night, a former Virginia news anchor who lost his girlfriend to gun violence unseated a Republican who had an A-rating from the NRA. Last night, voters in Maine elected to expand medicaid under Obamacare. Last night, Minneapolis elected a trans woman of color to their city council, and Virginia elected a trans woman in their state legislature, booting out the Republican who had pushed for discriminatory bathroom legislation. Last night, Virginia flipped fourteen seats from red to blue– the biggest democratic pickup since 1899. Almost all of those seats went to women. Last night, Charlotte, North Carolina elected its first black female mayor. Last night, Philly elected a Black Lives Matter lawyer their district attorney. Last night, a Sikh man was elected the mayor of Hoboken.

To sum it up, it was a pretty good night to be a Democrat.

November 8th 2016 was scary. It was a day full of dread and remorse for many. The unspoken questions hung in the air like thick smoke. How did this happen. What’s coming next? Last night, Democrats took back November 8th. Last night was the first step to make America great again. Last night, we showed Donald Trump that we will not stand for this. November 8th, 2017, was the moment it became clear that we were fighting back.

The fight, however, isn’t over. We need to keep up this momentum until November 6th, 2018, for the midterm elections. We need 24 seats to flip the house, and 3 seats to flip the senate. Democracy is a marathon, not a sprint, and decisions are made by those who show up. Honor the commitment America made tonight to values of equality and progress by continuing to show up.

Abusing Your Students Is NEVER The Answer