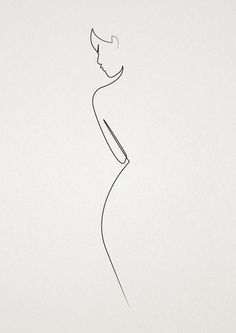 There exists some arbitrary notion of radicality among the opponents of feminism that convinces the masses that feminism, due to the root of the word “fem” inherently promotes the superiority of women over men… when really, feminism pursues the equality of sexes.

I was so ready to hear “it’s obnoxious, are you a feminist?” that when I heard “some people are… radical, but the concept is positive,” I was halfway to ready to re-explain the whole goal of it. I snapped my mouth shut and sat back. “You’re right,” I remember saying.

If a socially active high schooler can understand the concept of a handful of radicals not being representative of the positive goal, why, then, can so many others not?

Let me be more precise;

1: the theory of the political, economic, and social equality of the sexes

2: organized activity on behalf of women’s rights and interests

Equality of the sexes, referring to the fact that in the past, the female sex has been systematically oppressed by the male sex, dating back as far as Roman times when women were subject to the authority of either their father (if unmarried) or their husband (if married), disallowed from owning property or divorcing after marriage – and even farther back in India’s history, closely tied to religion; in the Mahabharata, Draupadi’s husband bets her off in a legendary game of dice, and she is lost like any other object up for stake.

So. Keeping that in mind:

Sati, a practice common (and ubiquitous) in India in the past in which a widow would commit suicide by burning in her husband’s pyre, was only abolished in 1829. That’s not even two hundred years ago. A woman’s right to remarry after her husband’s death was only recognized in 1856, a little over 160 years ago.

I could continue. I could go on about cases of marginalization of women’s rights, traditional and cultural and religious misogyny as if telling women that God wills them to be subservient justifies the crimes committed against them.

What now, indeed. How do you change millennium-old beliefs and traditions? How do you warp culture so it’s humane?

Since you can’t Google something like this and get an answer, I’ll come up with one. I’ll do it right now: the answer is, you start small. Stop telling your daughters they can’t go to pray in the temple when they’re on their periods as if bleeding once a month makes them too dirty to pray. Don’t tell girls they shouldn’t even kiss a boy until marriage, because we all know that this generation’s society is wildly different from the one our parents grew up in.

I think the common denominator here is, don’t be afraid of change. Change happens.

Just grow up and adapt to it. The millennials did it. Generation Z is doing it. Feminism is a thing that we need; get used to it.

Saahiti Potluri
Hello! My name is Saahiti, and I live in the USA. I have a passion for writing and I believe equality is a basic human right, so being a writer for the Women's Republic was a wonderful opportunity to show my thoughts on subjects that often get overlooked or ignored. I hope I can help at least one person understand the movement a little better.