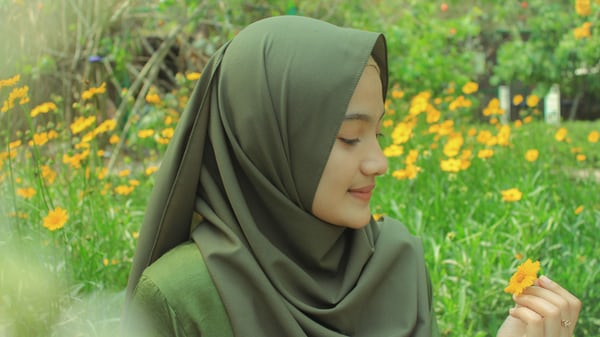 Islamophobia is increasing everywhere in the world, even in Arab countries with the recent incident of preventing Burkini wearers from a relaxing vacation near the beach. In addition, toxic feminism took this chance to pressure hijabi women into removing their hijab as, to those toxic feminists, it’s a means of oppression. And the true meaning of feminism which is acceptance of women of all shapes, ages, sizes, color, religion, etc. lost its way amidst the meninist’s views and degrading definitions. So from a fellow hijabi to the world, here is how hijabis are treated from both sides of an unforgiving coin.

What is a hijab?

My Muslim woman is amongst the millions of unsung and often ignored Muslim women in global societies. These are women that are strong, liberated, awakened in all senses, exercising their rights, voicing their opinions; they are the leaders, educators, doctors, writers, artist, activists and so on.

To dissect the problem in question, we have to first understand what Islam and Muslim women know about the scarf known as a hijab. The hijab is an item of clothing, a scarf that is wrapped around the head to cover a Muslim woman’s hair. It’s a symbol of practicing Islam: the personal choice to choose Allah over the fashion of society. The hijab is extremely similar to a nun’s veil; yet, the choice of wearing a hijab has always been questioned by Arabs or by foreigners.

For Arabs, not wearing the hijab is almost as if a woman is trying to bring ‘shame’ to her family name. It’s super sacrilegious to the point that not wearing one can be used as an excuse for rape. This is one side of the coin: The Oppression. On the other hand, for foreigners, wearing the hijab is a way to silence and prevent women from liberation. It’s extremely denied to the point that Hollywood movies portray any Muslim woman as either a terrorist or an instrument attracted to the Western man. And this side is known as “The Fake Liberation.”

Understanding the two sides of the coin

Being forced to wear it

I would be lying if I told you that there aren’t parents and family members who force their women to wear the hijab. On the contrary, such act is too often and always results in domestic abuse and hatred from the victim toward Islam in general. To be frank with you, these kind of practices are extremely wrong and cannot be justified, as the prophet (PBUH) encouraged parents to teach their children with ways of advising and befriending and frowned upon the ways of hitting and punishing. Yet of course, with the good comes the bad, Arabs’ tradition and culture forced expectations on many women, which shamed them into submission.

In fact, the act of shaming is particularly clear in the recent incident that involved six Egyptian women being arrested for dancing on Tiktok. The charges were ‘encouraging viewers to devalue community regulations’ and ‘inciting debauchery’, sentencing them to two years in prison. And if you live in the Middle Eastern world, you know that prison is a fate worse than even living in the Egyptian society and enduring their mockery.

Yet, don’t be mistaken; such broad title ‘Community values’ caused an uprise in the Egyptian social media community as it could imprison any human being under a vague charge. Also linking debauchery with dancing on TikTok called for a movement under the hashtag: If the Egyptian Family would allow. The hashtag mocks the insane and strict rules that not only the Egyptian family but also the Egyptian government have put forth on Egyptian women.

Here is also the petition to raise money and free the girls.

Through this case, you might be thinking: ‘See, there is oppression in the Middle East and on Muslim women.’ Although I can’t debunk the myth of oppression in the Middle East (as it’s not a myth), I can tell you that Muslim women, in most cases, have the choice to wear a hijab. A trend, a few years back, dared Muslim women to send a risky text to a family member where the women tell the recipients that they will be removing their hijab. The screenshots would, then, be uploaded to Twitter for the world to see the responses. And let me tell you, the reactions were so sweet and amazing you would doubt that there is anything bad happening to Muslim women (which there is but for the sake of exaggeration).

A memorable screenshot response came back of a woman and her father which reads as: ‘If that’s what you want and is comfortable with.’

Nowadays, too, hijabi influencers, such as Yasmeena Rasheed (@y.asmeena), Cili (@cilibling) and many more, are making a statement in the fashion and make-up industry, changing the Western’s eyes of terrorist to beauty guru. And those influencers are rocking their fashion game.

Nonetheless, there are still many comments and movements that urges and encourages women to take their hijabs off and burn them for some reason, which takes us to the third segment of this article.

Being forced to remove it

Many activists made their life’s mission to liberate all Muslim women from the hijab, under the banner: ‘if men do not wear a hijab, why should women?’. Well, that is entirely false. Men, too, are expected and required to dress in a certain manner in Islam. For example, men should dress in loose clothes that cover the area between the navel and the knees. Allah has set rules for both genders and didn’t discriminate against one, yet only the Middle Eastern society were the ones to enforce one rule and leave the other.

As such, foreigners saw this treatment as one of Islam since this treatment is extremely common. And, for some reason, men in looser clothing are seen as normal, but women in a hijab or niqab are seen as oppressed? Women who choose to wear the hijab are often called close-minded (having backward thinking) and, at times, are silenced by those same activists for having the voice to want to dress modestly.

To those activists, Muslim women are brainwashed into submission. They think, ‘if only they could escape their families and their hijab, they could see the light at the end of the tunnel.’ This way of thinking is demeaning to most Muslim women as it strips those women from their voices and paints them as beings without a brain to think and act as/for oneself. And forcing those stereotypical ideas of Muslim women and their hijab is exactly the same as forcing them to wear their hijab. It’s not helping and is definitely harming.

For instance, another trend, which seems to be still going, demands all hijabi women to take off their hijab and liberate themselves from the chains of discrimination and confinement. Many who were forced to wear the hijab (who also ended up hating Islam from the cultural and traditional pressure) were videotaped, burning the scarf as a symbol of long last freedom. Such movement and calling made many Muslim men use the excuse of forced liberation as a way to discredit the whole entirety of the feminism movement. Muslim men also twisted the true meaning of women’s right to bring fear and shame to whoever calls themselves a feminist.

And we come to the starting point of the spiraling hatred, shame and disgust: Isn’t forcing women to dress in a certain manner the same as men trying to have control over women’s body? Isn’t speaking on Muslim women’s tongue and stereotyping the same as men demeaning the rights and voice of women as nothing more than housewives? Isn’t this the exact same crime feminism is fighting against?

Hijab is a Muslim woman’s choice

As you read through this, you begin to realize that through most of the examples, the equation of the hijab doesn’t always involve a Muslim woman as the variable. In fact, based on the two sides of the coin, she is just a mere tool for people to exercise their beliefs. Such demeaning idea comes from both sides as they truly think that she is being saved and not, in any way, harmed.

A Muslim woman should have the choice to wear or remove her hijab. She should be able to say that she doesn’t want to wear the hijab and doesn’t expect violence in return. Moreover, she should also choose to wear tight clothes, loose clothes, no clothes, niqab, Turban, etc. and shouldn’t be seen as oppressed, a terrorist, or a ‘slut.’ Every Muslim woman has a story, and it’s up to you to ask, not in an aggressive or condescending tone but a welcoming and curious one. Learn Muslims’ and Islam’s journey. Be more open to change. A hijab is just a piece of clothing. The one wearing it has more memories and tales than just that veil on her head.

And for the sisters who use fear as means to keep others on Islam’s path, Allah said to advise. What others do with this advice is definitely not your business.

Rakshabandhan: How And Why Has It Culturally Evolved?

Karolina Dubiel And The Girls In Aerospace Foundation

Trying to see the best in things and report back the worst to maintain this chaos we call reality.