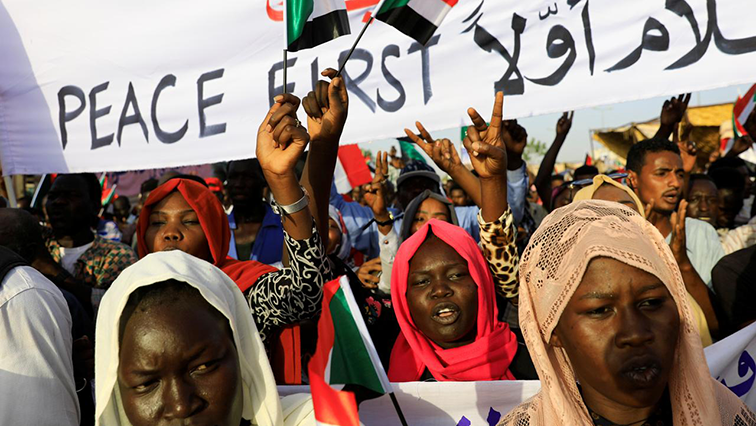 Reuters(File Image). Protesters at the the weeks-long sit-in outside army headquarters in Khartoum.
Tweet

Over the past week, when you have checked Instagram or Twitter, I am sure you would have noticed people talking about Sudan. The crisis in Sudan has inspired a movement across social media in which users are turning their profile picture to the colour blue in a show of solidarity with the victims of the crackdown.

In December, protests broke out in Sudan in response to an economic crisis that emptied bank machines and forced the government to triple the price of bread. What started as demands for lower bread prices soon transcended into a nationwide movement demanding the resignation of President Hassan al-Bashir, who had ruled the country for the last thirty years, despite indictments for war crimes in Darfur.

After the oust and arrest of Al-Bashir in April, the military council moved in. The opposing side, led by the Sudanese Professionals Association, wanted a civilian rule and a long period of transition before new elections were to be held to prepare for voting. Last week, the military announced elections would begin to take place within the next seven months, canceling all agreements with protest leaders, who for months had been camped outside in Khartoum as negotiations over who would run the country took place.

On June 3, civilians staged a peaceful protest. This all proved too much for the feared paramilitary group, the Rapid Support Forces, who started brutally clearing the pro-democracy sit-in outside the military headquarters in Khartoum. The Central Committee of Sudan Doctors (CCSD), an organisation of medical volunteers, reported more than 100 people were killed and hundreds more injured when paramilitary groups opened fire on the sit-in.

Dozens of women and men were reportedly sexually assaulted. Children were also believed to be among the victims. Following this, bodies were discovered in the River Nile, with doctors asserting they had been weighed down with rocks in an attempt to hide the true death toll. In hope of preventing their victims from seeking global help, the military has shut down the internet nationwide.

Sudan has a rich history of women’s activism, that has been represented throughout the protests by women playing a critical role. Student Alaa Salah, in particular, became a protest icon after a video of her leading chants against former Sudanese President Omar al-Bashir went viral. Moreover, there are multiple feminist groups involved, such as the No to the Oppression of Women initiative and the Civil and Political Feminist Groups. Since December, women have been specifically targeted by security services, who have been alleged to show no mercy in intimidating, imprisoning and sexually harassing them. In response to the deadly crackdown, the Alliance for Freedom and Change (ALC) called for “a total and indefinite strike and civil disobedience” and “peaceful marches and processions in neighbourhoods, cities, and villages.”

The western world’s leading democracy has demonstrated zero support for Sudan’s democratic renaissance. It is imperative we amplify the citizens of Sudan’s voices during this blackout. We should all be outraged.