Recently, Senator Kirsten Gillibrand entered the 2020 presidential race, reporting that she was forming an exploratory committee and making her first campaign stop in Iowa.

Gillibrand announced her decision on The Late Show with Stephen Colbert, saying: “I’m going to run for president of the United States because as a young mom, I’m going to fight for other people’s kids as hard as I would fight for my own…And I know that I have the compassion, the courage and fearless determination to get that done.”

As a feminist candidate, Gillibrand is infamous for her 2017 call for the resignation of Al Franken over allegations of sexual abuse, support for expanded abortion access, and pushes to pass legislation that bans forced arbitration in sexual harassment cases. Her bold political acts drew widespread criticism directed towards women who supported the #MeToo movement without vetting through allegations.

The launch of Gillibrand’s exploratory committee is one among numerous Democrat politicians’ announcements, including Senators Elizabeth Warren and Kamala Harris, and Representative Tulsi Gabbard.  While the four women are popular among Democrats, specifically in their respective states, the front-runners for the Democrat party are still long-time favorites: Representative Beto O’Rourke, Senator Bernie Sanders, and former Vice-President Joe Biden.

In 2016, the presidential campaigns were largely filled with sexist rhetoric towards Democratic nominee Hillary Clinton and Republican runner Carly Fiorina.  When the results were announced, hopes of the first female president quickly vanished. However, seeing that a record number of women are predicted to seek a presidential nomination from the Democratic party, it’s worth getting to know the current political underdogs.

The first woman to announce a bid for the 2020 Democratic nomination was United States Senator from Massachusetts, Elizabeth Warren.  A former student at George Washington University, Warren became a law professor at the University of Texas in Austin, University of Pennsylvania, and the Harvard Law School.  Warren began campaigning for a U.S. Senate seat in Massachusetts and was elected in 2012.

During her time in office, Warren has influenced debate on numerous pieces of legislation and pushed her colleagues in different ways.  For example, in 2014, Warren cosponsored the “Smart Savings Act” with Republican Senator Rob Portman to boost federal employees savings.  Additionally, she worked with John Cornyn of Texas to make it easier for veterans to obtain commercial driver’s licenses, and Shelley Moore of West Virginia to pass an opioids-preventative bill.  Although Warren is clearly a partisan figure, she has proved to be extremely effective in passing bipartisan bills and able to work with a variety of senators.

Warren has been a Democrat hero since her days pushing for the creation of the Consumer Financial Protection Bureau. She has spent plenty of time campaigning for other Democrats and attending many talk shows, all in pursuit of politics.  Her background in high school debate has shone through in her strong and fiery speeches that often make national headlines.

Despite a strong record, Democrats who aren’t enthusiastic about Warren question her political instincts, citing the controversy where she claimed that she had a Native American ancestor six to ten generations ago. This was meant to defuse Trump’s attack on her as “Pocahontas,” but instead drew criticism from the Cherokee Nation and other Democrats.

Although she doesn’t run without flaws, Warren is still ranked high by several media outlets.  Her experience as a senator and consistent record with the Democratic party gives her credibility and respect as a qualified Democratic candidate.

On January 11, U.S. Representative for Hawaii’s 2nd congressional district, Tulsi Gabbard, made a formal announcement to run for president on CNN’s “The Van Jones Show.”  Gabbard, a 37-year old Iraq war veteran, has already made stops in Iowa and New Hampshire to hire digital staff and speechwriters. 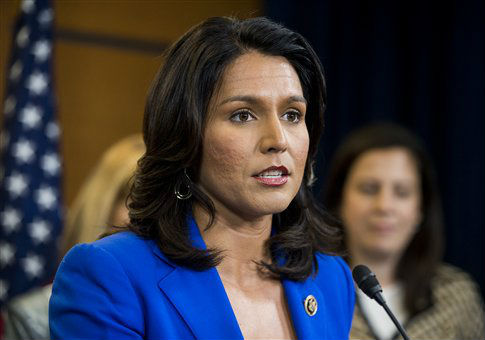 As a teenager, Gabbard co-founded an environmental non-profit called Healthy Hawaii Coalition that focused on educating children about protecting Hawaii’s environment.  In 2005, she served two tours of duty in the Middle East and was awarded the Meritorious Service Medal.  In 2012, Gabbard was elected to the United States House of Representatives and became one of the first two female veterans to serve in the U.S. Congress, and also its first Hindu member.

While Gabbard has a strong record, she has also faced criticism in the past years.  As one of the few Democrats to meet with Donald Trump following his election, Gabbard’s foreign policy decisions have drawn scrutiny, as people have attacked her anti-interventionism. In 2017, Gabbard visited Syria and met with Syrian President Bashar Al-Assad without informing other Democrats.  Many have pointed out that Gabbard’s trip could have violated the Logan Act, barring unauthorized individuals from conferring with foreign governments involved in a dispute with the U.S.

After apologizing for the controversy surrounding her Syria visit, the allegations were largely dropped. When Gabbard announced her exploratory committee, it was faced with positive feedback. Although Gabbard is by far the underdog of the underdogs, her small name may work as an advantage.

On January 15, U.S. Senator for New York, Kirsten Gillibrand announced a 2020 presidential run. Because her political stances and controversies were stated above, here’s a quick overview. Gillibrand attended Dartmouth College and UCLA’s School of Law before becoming an attorney in Manhattan.  In 2008, Gillibrand won a seat in the U.S. House of Representatives from New York’s 20th district and in 2010 was elected into the Senate. 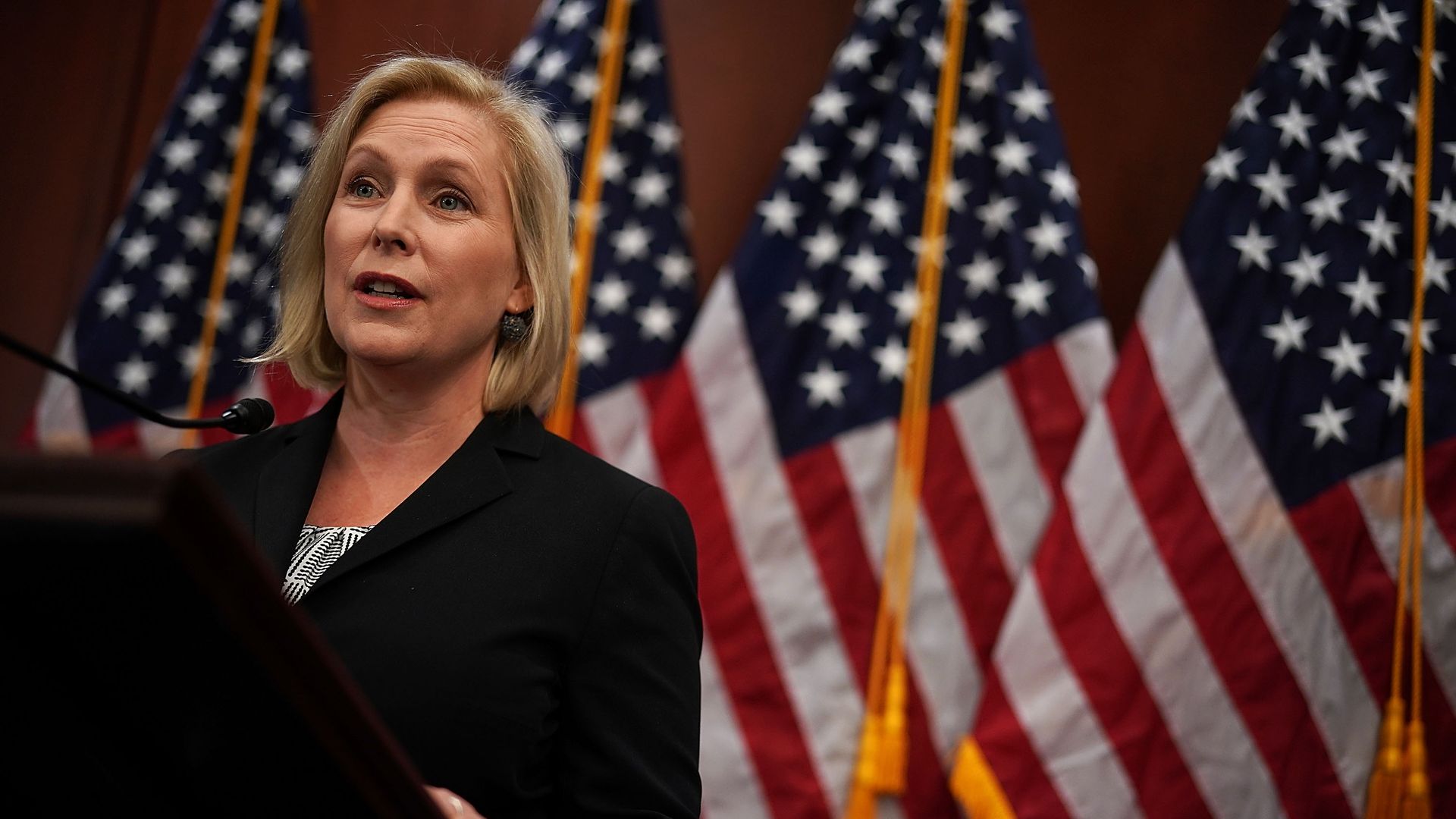 Gillibrand formerly held more conservative views on guns and immigration, but recently swung left towards gun control and immigration reform.  For example, Gillibrand used to have an “A” rating from the National Rifle Association, but now has an “F.”  Her ability to understand the perspectives from both parties could actually be beneficial in her run for the Democratic nomination.  Ranked by The Hill as one of the Top 10 Democratic nominees, Gillibrand’s aggressive agenda against Trump makes her a forerunner for 2020.

Most recently, U.S. Senator for California, Kamala Harris, committed to a presidential campaign on January 21.  As an alumnus from Howard University, Harris taught at Stanford University before being elected into the U.S. Senate in 2016.

Harris has long been active in local and state politics even before becoming a senator.  Before she was elected to the Senate, Harris served two terms as the district attorney in San Francisco and was California’s attorney general, the first woman of color to hold that office.  As a former prosecutor, many critics have argued that she was too quick to side with law enforcement and too slow to adopt sentencing reforms. However, Harris recently admitted to her past mistakes and vowed to be consistent in the future, saying she “takes full responsibility.”

Despite her early career, Harris is still popular among Democrats.  In September, Harris’ cross-examination on Supreme Court Justice, Brett Kavanaugh, highlighted her debate abilities and made her a national sensation.  Furthermore, issues Harris highlighted on her 2020 political agenda included a $3 trillion tax plan, tax credits for renters, bail reform, and healthcare for all.

Unlike Warren or Gillibrand, Harris is not forming a presidential exploratory committee, but instead immediately launching a full-scale presidential campaign.  Her ambition and determination show confidence that many candidates lack. This could give her an advantage when the 2020 DNC superdelegates choose a nominee.

Men have dominated all three branches of the U.S. government for centuries.  After the 2018 midterm elections, women held record seats in Congress, showing that America is ready for female politicians. Until the DNC in 2020, it should be a civic responsibility to stay informed on presidential candidates and not make the same mistakes from 2016.

My Journey With Endometriosis