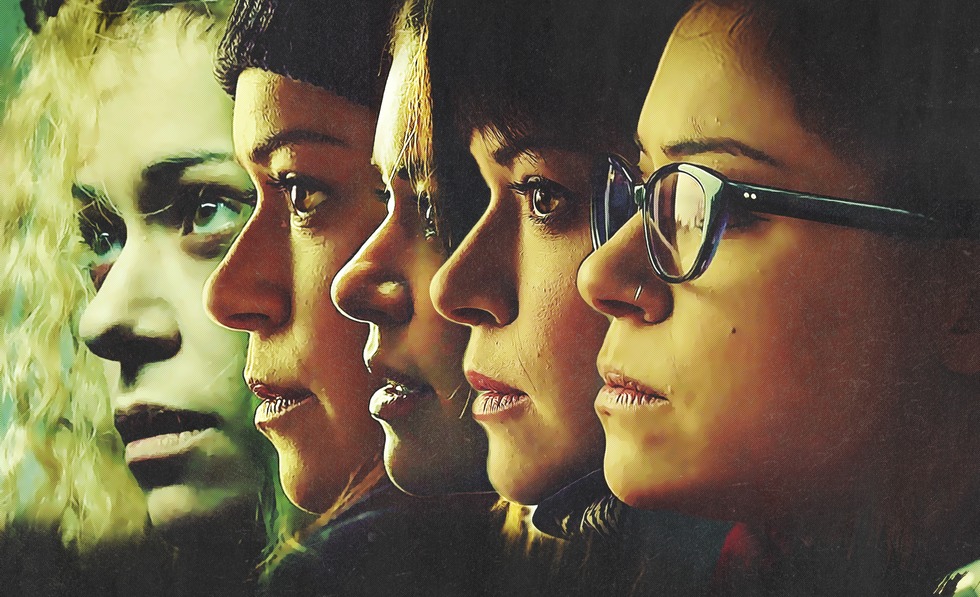 “My sister and I are orphans, you see, and we could’ve ended up anywhere.  We could’ve ended up in any family.  And if we had, we would have been entirely different people.  But my mum, Siobhan, this woman, she chose us as her own.  We are who we are because she carried two little London urchins on her wings to Canada.  Watching her raise my sister, watching my sister raise her own daughter, finding my biological sister, it’s quite mad.   t’s taught me that we are all mysterious works of chance, of choice, of nature versus nurture. So, to my galaxy of women, thank you for the nurture.”

My reminiscence of the premiere of Orphan Black, a crescendoing television series upon the BBC America network in 2013, is evocative in its personalized liberty.  However, for me, it was a picturesque Michigan springtide of 2014, and my mother had stumbled unto a disseminated trailer for season one.  She beckoned me to her, mouth gaping, “This is crazy!  What are they, long-lost sisters?  In some big conspiracy?”  Admittedly, our unrelenting inferences, albeit unsubstantiated and, in all likelihood, harebrained, did not, in fact, deviate in a dominion too far, faraway from the actuality of the narrative.  Nevertheless, I recollect my dumbfoundedness at this conjecturing charade the BBC America had, miraculously, tethered myself and my mother to.

In due course, we beheld the pilot, “Natural Selection,” and I was enraptured, my enticement to the storyline skyrocketing akin to that of the Apollo 13 on its expedition to the Moon.  Each episode of season one prompted myriad queries of whos, whats, whens, wheres, whys, and hows, and consequently, we were ravenous for the tumultuous account of Sarah Manning and her cosmos to wholeheartedly divulge the desiccating skeletons camouflaged within wardrobes.  Unpropitiously for my meddlesome gray matter, that was not an ungrudgingly accessible alternative.

As the menaces of commonplace sentience prodded its talons into my adolescence, lacerating defacements into the elements of me that, at eighteen years of age, are presently chemically reacting with their biosphere in a way that I will cultivate and flourish, I had relinquished Orphan Black to my television cache of “Will Watch Again Someday”.  Mercifully, not too abysmally perpetuated heretofore, the wide blue yonder” shepherded me into the trajectory of my Amazon Prime subscription, where the critically-acclaimed program harmoniously was stationed.  Unbeknownst to me, I would be catapulted into a transmogrifying escapade alongside inexhaustible and acutely idiosyncratic clones; more-than-a-paltry-sidekick-gay-companion Felix Dawkins; the steadfast Siobhan Sadler in safeguarding her “chickens”; Delphine Cormier, a catalyst for orchestrating how LGBTQ+ media representation can be a sought-after centralization to a plotline to a sensational melody of “Cophine/Science Girlfriends”; my enumeration is interminable.

At it’s nucleus, as the lion’s share of any organic anima is in the possession of a psychological capacity to be, this is my ardor and sentimentality—for Orphan Black.

Thank you to Graeme Manson and John Fawcett, for architecting, directing, and engendering a contemporary tale that authentically depicts the potpourri of the empirical female—and male, to incorporate Tony Sawicki—existence.

Thank you for championing the LGBTQ+ community in our quest for sanguine visibility throughout television, film, literature—each collective medium.  For blossoming Cosima and Delphine, a WLW interpersonal relationship, as the predominant romance of Orphan Black in its wholeness.  For empowering characterizations inclusive of Felix, Tony, Sarah herself, et cetera, to subsist outside of the stereotypes, and to be unreservedly human in their emotionality and physicality.

Thank you for broadcasting a veritably enchanting television series.  Although the artisan’s platform of television networks is sweeping and suffused with groundbreaking finesse, Orphan Black, respectively, is divergent from the masses.  Scientifically, realistically, imaginatively—it is masterful.  Furthermore, it is the permutation of human brainchild that will never be paralleled.

Thank you to Sarah Manning for tholing your trials and tribulations as the crux of your anecdote, your sestras, and your incandescent daughter, Kira.  For being sovereign in your regal reign over my celestial soul.

Thank you to Helena, Sarah’s counterpart, for demonstrating how to bolster benevolence amongst an iron, adamantine fist; that altruism radiates within anguish, if we forage for it.

Thank you to Alison Hendrix for edifying us in how to be an adhesive to your beloveds’ when the atmosphere encompassing you is battering down unto them with deleterious assaults.

Thank you to Cosima Niehaus for foregrounding throughout your “crazy science” that cleverness may be within anything and anyone; that scientific vocations are indispensable, and candidly, damn formidable when implemented with wholesome deliberateness and fervency.

Thank you to Rachel Duncan for conveying fortitude and resilience when it is of paramount arduousness.

Thank you, Beth Childs.  For everything and everyone.

“Defy them.  Live your life with every ounce of passion that I know that you have.  They will never own you.”

Why You Shouldn’t “Live With It”

To All The People Who ‘Don’t See Color’