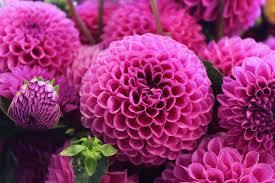 One of the most prominent, troubling memories I have from being a child would have to be when friends of the family would come over to our house, and before they arrived my mother would say, “There are men coming over, go put on longer pants.”  At the time of course I jumped up and went and changed my pants. It was no big deal, it made sense right? Men were coming and I should be covered. I was around eight.

When I moved from my old house in Pennsylvania, family friends helped us move. When they were taking my stuff out of my room, I obviously wanted to be there too; it was the last time I would see the room I grew up in that way. My mom, however told me “Stay out, the men are in there.”  At the time, I stayed out, I was heartbroken, but I left and watched them take apart my room from the outside. It didn’t even make sense at the time but I didn’t know that.

There are so many other instances where I had to change my clothes, or my regular routine, or something I was used to, because “there were men around”.  I grew up catering to the men that were around me, but it didn’t strike me as odd until a few years ago. I realized I was covering up and changing my habits because my mother didn’t know how the men around me would act. So she took what she thought of as precautions.

The fact that we anticipate that grown men will be predators to our little girls in itself is a problem. No one should be afraid of letting a baby, a child run innocently around in shorts. The fact that we think a twelve year old in shorts will “draw men’s attention” is terrifying, but we always see it as the girl’s problem that she has to deal with. Why don’t we view it from the main issue, why do we not see it as it is? Why are grown men giving twelve year old girls attention to begin with?

Perhaps we should change the way we approach this issue, we shouldn’t be telling little girls to cover up themselves, we should be teaching the little boys that grow into men that they should not be preying on little girls. If we raised our boys properly we wouldn’t have to be afraid of our men. If our boys were  reprimanded when they were young, then they would carry those values with them as they grew. A quote that I once heard that rings true is, “It is easier to raise a child, than to change an adult.”

Even today, as a woman who can be considered grown, I still have the mentality that when men come around I have to cover up or just hide in my room. In my own house.  Its counterproductive to put a band-aid on a broken leg. You have to address the actual issue for it to be fixed, and the issue is that men are coddled and treated as if they have no sense, rather than being treated like humans who clearly know right from wrong. The problem has not been approached in a productive way, call out men on their ways and maybe we’ll be able to move forward.

If you’re concerned about how the grown men in your daughter’s life will react to her wearing a tank top or short shorts. Maybe you should stop worrying about what she is wearing and start reevaluating who you allow around your children.

Why Are We Still Supporting Abusive People?