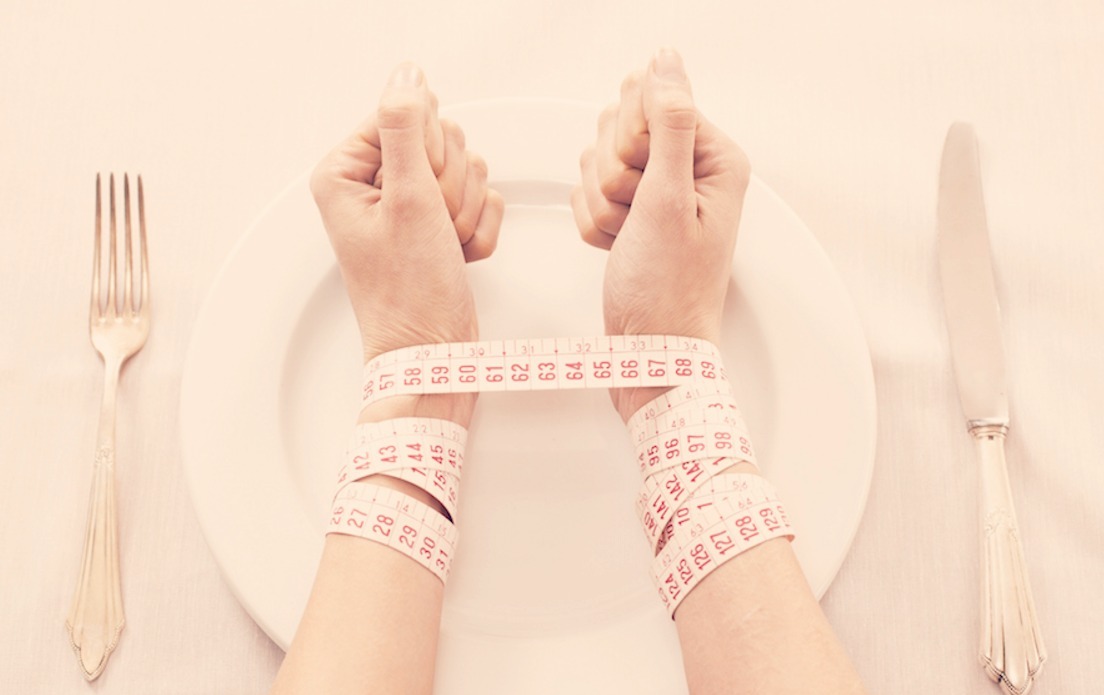 None of this articles should be taken as medical advice or diagnose. Please, seek professional help if you’re suffering from an ED. You’re not alone on this journey and we promise, there’s an ending to this.

Following all the controversies surrounding the release of the trailer for the movie “To The Bone,” Women’s Republic will be starting a series of articles related with eating disorders. Here’s the first one.

An eating disorder (ED) is a mental disorder characterized by unhealthy or irregular eating habits and an extreme concern related to body appearance. As with every other mental illness, symptoms and signs may differ enormously from one person to another.

There are three main types of ED’s: bulimia nervosa, anorexia nervosa and binge eating disorder. Some symptoms are shared among these different disorders, but they’re definitely different.

People suffering from anorexia have an unrealistic perception of their own body and a severe fear for gaining weight, which leads them to avoiding the consumption of food, even if they’re underweight. Bulimia is characterized by overeating and then purging the body to try to compensate it, in an effort to maintain or diminish body weight. People diagnosed with binge eating disorder lose control over their eating habits, causing severe obesity problems.

As we see, the first important thing  to note is the need to change the profile we associate with EDs. We often picture them as skinny girls that are afraid to gain weight, but an individual doesn’t need to be underweight to have one of these disorders. If we keep associating bulimia or anorexia with fragile, tiny girls, women from all shapes and sizes that are suffering these illnesses on silence will never feel strong enough to seek out for help.

The stigmatization of EDs also needs to end. Everyday, more people are becoming open about suffering from depression or other mental health issues, but EDs continue to be taboo. We need the world to become a more understanding and supporting place for every person suffering any kind of mental health disorder.

The third aspect to highlight is that, although EDs have been diagnosed to more men on the last few decades, these illnesses continue to wear the face of a woman. And this is not a coincidence. The pressure females experience, since they’re very young, to look perfect at all times isn’t new.

Speaking from experience, almost every woman I know has some kind of self-esteem problem. More often than not, caused by troubles accepting and loving their bodies. It’s obvious that not every woman who has a hard time loving her body suffers from eating disorders, but they’re scarily more and more common each day.

We live surrounded by the internet and the mass media, and there’s only one body type reflected there. The fit, skinny and tanned girl with no scars, no stretch-marks… nothing. Picture perfect. At all times. The mass media needs to address its guilt on creating unreal prototypes of girls that females of all ages look up to. No more Marge with Homer, Lois with Peter or Vivian with Philip Banks. We need to see all kinds of females, with all kinds of bodies.

Eating disorders, therefore, only occur on the most developed and industrialized countries, where women are another object on the list of things that are arranged to fit standards. Standards that most of us can’t achieve.

The frustration to achieve those standards spreads towards the female population, specially on their teenage years (when most EDs start to develop). It’s then hard to find one single girl that isn’t worried about her weight, on a diet, on a work out plan to get slimmer… and on that journey, that isn’t looking for health, many women end up putting their lives at risk, fasting for days, working out till exhaustion or throwing up after eating a big meal. It doesn’t take much more than that to end up developing a severe, life-threatening eating disorder.

We’d like to enlighten that is only through radical self-love and radical self-acceptance that we will one day live in a world free of eating disorders. Our love and support goes out to all girls suffering from EDs. You got this.

Eyeshadow Palettes: Is It Worth It?