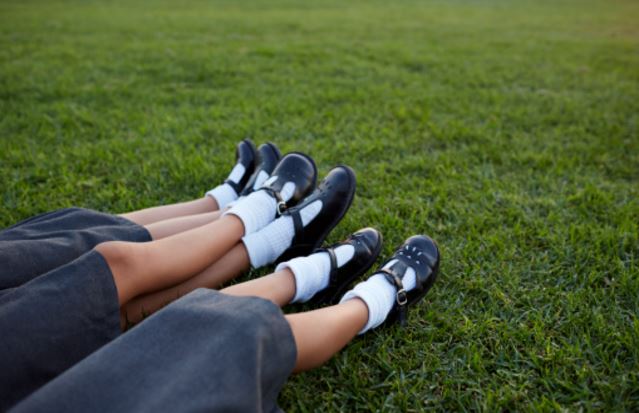 Having been to an all-girls Catholic School for the last six years, I think it’s safe to say that the stereotypes and presumptions about what it’s like are most definitely wrong, even though some of it is so true, that even I deny it. However, there’s a difference between these assumptions, whether you live in America or the United Kingdom.

One thing I’ve learned on social media is that it seems every Catholic or just single-sex school in America is privately funded. Schools that are targeted for those of the upper class who can afford to spend a few thousand dollars every year to pay for the same education (just more pressure) as public schools. On the other hand, in the UK, many religious schools are state schools – it just seems that many parents want their children to keep in touch with their faith while also being educated.

Mainly, in my Catholic school, which I still attend now, with it being single-sex, everyone is comfortable with talking about anything to everything. Everyone understands the basis of feminism and the lack of equality that women face in the world today – the only disadvantage is that we are prevented from adequately speaking up about it within the school.

Feminism in a catholic all-girls school should be a normal thing, but in my situation, it’s not. Our teachers and senior staff think that it’s this topic that a woman should only be able to educate herself on if they are older, and if we are educated about it in some way, it is the surface of the belief itself. This further restricts the proper education of many girls in my school about feminism overall. Most think it’s a word that only allows someone who believes in it to focus on the needs of women, as ‘men are irrelevant’ – or that feminism is the belief that women are better than men.

Every young girl in this generation has some sort of knowledge of the work being done to achieve the equality that we strive for today finally. Downgrading their further understanding and development of beliefs on feminism completely disregards the many women that fought for us even to have a seat in the classroom, to vote, and to live freely. Being in an all-girls catholic school may give you a lifetime of friends that you can always be open about; however, attending one may also affect your view on feminism unless you educate yourself.

Why We Need To Stop Body-Shaming Young Girls

Jesley is a Physics major who has passions for Music, Politics and Journalism. Through writing, she is able to express her views on a plethora of situations and hopefully, through it, she can also educate a mass of people. Keep up with her on Twitter (@melflueres) and Instagram (@jjesley).