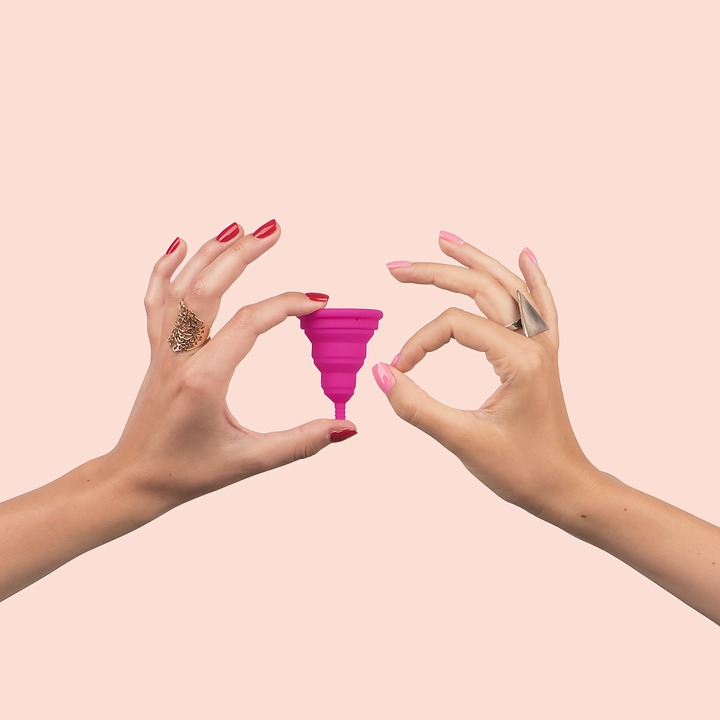 I first heard about menstrual cups in a BuzzFeed video on YouTube when I was looking for alternatives to sanitary pads. I was not ready to accept that after all our years of research and discovery, the world had not come up with a better, more efficient and more comfortable form of a menstrual hygiene product. I should mention here that I never used tampons because of the fear the internet had embedded in me about losing one up your vagina. Interestingly enough, when I first saw a menstrual cup, I was intrigued and not intimidated at all. But, coming from Pakistan, menstrual health and menstrual health products was never an open discussion around me. I hardly learned anything about it at school other than the fact that all girls should hide A PERFECTLY NATURAL PROCESS. At home, because my mother, aunts, and cousins only ever used sanitary pads, that was all I knew. So, obviously, I was scared to try out something new.

A few months later, in a conversation with some of my female friends, we ended up discussing how uncomfortable we are during our periods when one of my friends smiled and with a wave of her hand said, “those days are over for me, ever since I got my cup!” My curiosity was piqued. Later, she showed us her cup, a small, red and rather cute little object. Deeply encouraged I ordered mine, a Meluna Cup.

In conversations with my friend I found out more about the cup, nothing discouraged me so far. A menstrual cup is just that, a cup, made of silicone or latex rubber and is inserted more or less like a tampon but instead of absorbing the blood as most menstrual products do, it collects blood. Just before or as your period starts, you can simply fold the cup in (there are various ways of folding and inserting it, no applicator is needed) and insert it into your vagina, tilting it at a near 45 degrees angle. Once inside, the cup is supposed to ‘pop’ open, which creates a suction that allows it to stay in its place and prevent leaks.

The cup can be used up to 12 hours, depending on your flow. Taking it out seems like the tricky part, but it’s all about being relaxed and comfortable with your insides. With clean hands, reach out for the stem of the cup and pinch the base to remove suction and gently pull it out. Alternatively, you could move the cup in slow circle gripping the tip and pull it out. The second one works for me. However, if you’re having trouble gripping the tip, you can use your pelvic muscles to push it down and reach it. Once out, you can empty it and either rinse with water and put it back inside. There are several different types of cups, like…A LOT. These vary in stem type and length, the cups capacity, diameter, and color.  Figuring out which cup is right for you will also depend on a lot of things including your blood flow and where your cervix is. I have a fairly high cervix so an ideal cup will have a longer stem. An interesting place to find out more about the right cup for you is this quiz here.

Surprisingly, menstrual cups aren’t that new. They were first thought of in the late 1800s. However, the earliest design never made it to the market. Then, in the late 1930s, American Actress Leona Chalmers came up with a similar version to the modern menstrual cup. The design was made with latex rubber which was in high demand during the Second World War and so once again women were deprived because of wars men started. While the product re-emerged the idea of the cup remained scandalous until the early 2000s when the Lunette Cup made with medical grade silicone was introduced by Heli Kurjanen, founder of Lunette (4). Of course in large parts of the world, there is still a widespread stigma attached to the use of anything that goes up the vagina that might actually benefit the woman.

Going back to my own experience, the cup I ordered online had arrived and so had the time had to try it out. I bought some water-based lube and got to work. It wasn’t as hard as I thought. In a few tries, the cup was sitting inside me all happy and snug, ready to collect some blood. Because I was so sick of sanitary pads and I wanted more girls and women to experience the freedom my cup gave me, I decided to share my experience with at least the women and girls in my close circles. I made a series of videos shared on my Instagram stories. Let me tell you, they really don’t teach us ANYTHING about what’s up there. I was afraid of backlash but most of the replies I got were encouragement and praise from women who thought I was doing a brave thing. It made me realize, perhaps it’s not always the women holding each other back, contrary to what patriarchy tries to teach us. The questions were a different story. So many friends, friends from high school, friends who I hardly ever spoke to, friends I go to class with every day had questions for me. Most of the questions were;

Some of the replies, like this question, troubled me. The first kind of comment was one that didn’t try to mask itself as something else, these people truly believed that what I was sharing was shameful and should not be out in the public like this. I wanted to scream into my phone ‘STOP ASSOCIATING SHAME WITH A WOMAN’S BODY!.’ I really was and still am unsure on how to proceed in discussions that start with taking anatomy over my body away from me. I am still uncertain on how to explain to people that the vagina is like any other part of the body, that periods are natural and that anything to do with vaginas or periods does not always relate to sex, that women should be able to talk about their own bodies because a large part of oppression still originates from censoring women’s bodies but de-censoring when it’s to using women as objects for the pleasure of men. And because society looks at women and vaginas strictly in the context of procreation or sexual pleasure, anything to do with them automatically becomes ‘shameful’. Not that there’s anything shameful about sex between consenting adults.

The second type of replies was the kind who were ‘concerned for me.’ These people said that they ‘understood’ the importance of what I was trying to do, which I appreciated, but that this wasn’t the best way to do it. That I should have limited my information-sharing spree strictly to the audience it affected. This did not anger me, it made me sad, to have friends so unemphatic who can not share in a woman’s lifelong pain, suffering or even just discomfort. Saying that women’s issues should be restricted, their discussion done behind closed doors violates the principle of inclusivity. Saying that women’s issue should be reserved for a specific audience is a statement ignorant of the reality that this is still a world governed by policies and social rules made mostly by men and if they do not care to partake in discussions relating to women’s issues and LISTEN to women when they speak about their issues, progress will always be limited. This reinstates the long played strategy of segregation because women menstruate.

Despite the negativity that one is bound to receive when one strives for change, in the end, I was grateful to have found support in places I never knew I would, to realize that so many women want to change things, that they are curious about themselves and their potential, and angered at the way society treats them. I hope that those who find shame in using one are liberated of their biased beliefs towards women. My cup, truly, was my liberation.

Bulimia: The Struggle, Journey And Light At The End Of The Tunnel

Time To Boycott The Blackhawks