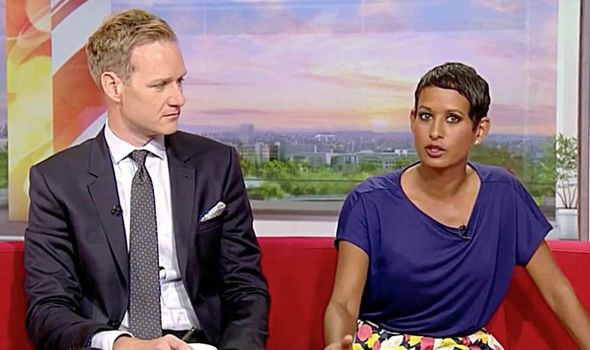 On July 16th, President Trump tweeted at four congresswomen, explicitly stating that they should “go back to the totally broken and crime-infested places from which they came.” All four of the congresswomen are women of colour, and US citizens, only one congresswoman Ilhan Omar was born outside of the US. President Trump’s comments were widely recognised as racist by major news outlets such as The Washington Post, New York Times, The Guardian and much more. The public, reacted with shock and disgust, though I cannot say I was surprised at Trump’s nasty, ill-informed jibe at the congresswomen.

On July 17th, Naga Munchetty and Dan Walker, BBC’s Breakfast hosts, discussed the tweets, and Dan Walker instigated the conversation by asking for Naga’s opinion inviting personal commentary. In response, Naga recalled her own experience of being told: “as a woman of colour to go back to where I came from.” She said whilst she is not pointing the accusatory finger at anyone, everyone knows “what certain phrases mean,” and she is not wrong. Telling someone to go back to where they came from is in no doubt embedded in racism. when asked of her reaction to Trump’s comments, she stated she felt, “Absolutely furious and I can imagine lots of people in this country will be feeling absolutely furious a man in that position thinks it’s OK to skirt the lines by using language like that.”

The BBC however, do not seem to think Naga’s statement was necessary. The BBC upheld a complaint against the presenter for stating the obvious truth: Trump’s nasty tweet was racist. Munchetty was found to have breached the BBC’s impartiality guidelines for her unscripted response. The BBC’s attack on Munchetty’s response suggests reacting to racism is a lot detrimental than racism itself. A woman of colour calling out a racist comment, thereby calling the author of the comment what he truly is, is now facing the risk of losing her job. This ruling sends the message that whether something is racist or not is purely subjective

The BBC Editorial Complaints Unit (ECU) claims editorial guidelines “do not allow for journalists to then give their opinions about the individual making the remarks or their motives for doing so.”  Racism or racist statements are not valid opinions, and as stated by many prominent British broadcast figures, one cannot take an ‘impartial’ stance on racism.  Comedian and journalist Nish Kumar summed it best as: “Racism to me is like gravity. You know, there is a position that is correct & there is a position that is incorrect”. The BBC have decidedly taken on the incorrect position.  And what is extremely infuriating beside all of this is that Dan Walker, Munchetty’s co-host instigated and participated in the conversation, offering a similar view yet has not been criticised or subjected to any form of reprimand.

Munchetty’s incorporation of her own personal experience of racism also shines a light onto a bigger issue of inclusion and lack of BAME representatives in the media industry. While the BBC has improved their number of people of colour, clearly, they are not ready to deal with what that means. POC will occasionally, although it may come as a shocking surprise talk of the racism, they deal with during their day to day life. Visual representation is great, but when that is the only aim then the concept of representation is misunderstood, and only reduced to tokenism if the industry is asking women like Muchetty to disregard their personal perspective on issues.

This transcends beyond Munchetty. It affects how other BBC reporters of colour react and establish attitudes towards similar situations regarding race. BBC correspondent Sangita Myska wrote on Twitter “Many of us are worried about showing our concern in case we are reprimanded”. This feels eerily like censorship, and it is ridiculous to ask of current and future BAME reporters to remain impartial on an issue they face every day. Endorsing racism as a legitimate opinion is insane.

The BBC have overturned their decision on the Naga Munchetty case. BBC director Lord Hall told staff in an email that Munchetty’s words were not “sufficient to merit a partial uphold” of the complaint against her. After a major backlash on the BBC last week, Lord Hall has come to the conclusion that “racism is racism and the BBC is not impartial on the topic.”

In spite, of all of this, it has been found that the original complaint also targeted Dan Walker, the co ost, but evidently the BBC decided to punish Munchetty only. The overturning of the ruling, however, is simply due to a public outcry alone and the BBC and its ECU need serious change.

A Week After The Fog: The Grey’s Anatomy Season Premiere Was Very Important

Women Who Were Killed By Men In 2017: UK Edition