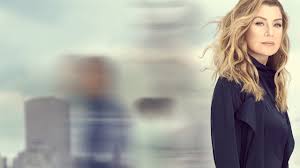 If you know me, you know that I am absolutely obsessed with the medical drama series Grey’s Anatomy. I am here for all the drama, tears, love, laughter, and dancing! Additionally, since I wrote about the Grey’s Anatomy season 15 finale, it’s only fitting I write about the premiere of season 16. If you haven’t read my finale article, you can read it here!

The premiere begins with answering a lot of questions. Meredith Grey (Ellen Pompeo) confesses to her role in insurance fraud, we find Jackson Avery (Jesse Williams) helping hurt climbers in the fog, and Teddy Altman (Kim Raver) and Owen Hunt (Kevin McKidd) seem to be very much together. However, there are three important concepts I have to talk about. Of course, they involve our beloved female characters.

Jo’s (Camilla Luddington) storyline has to be one of the most important for Grey’s Anatomy and its fans. Season 16 shows Jo checking into a treatment center for her trauma, depression, and anxiety. Essentially, meeting her biological mother, and learning she was a product of rape, triggered a depressive episode for Jo. This is Jo’s reaction to her trauma, and her childhood issues surrounding abandonment. We discover some of this when she speaks with a therapist at the treatment center.

Jo is the epitome of a strong, powerful woman. A woman warrior is what I like to call her. It takes strength to admit you need help. It takes even more strength to receive help, and work on healing and recovering.

Perhaps the most important piece of Jo’s story, for viewers, is that she is relatable. Viewers see themselves in Jo. Hopefully, her storyline will provide courage to viewers who are struggling, and they can find the strength Jo found to get help.

Before I begin with Teddy’s (Kim Raver) storyline, I just have to say that Allison is the cutest, little baby girl!

Okay, back to Teddy. Teddy is now a new mother in season 16. Motherhood can be frightening, overwhelming, and exhausting; especially for first-time mothers. Teddy certainly experiences the overwhelming portion of motherhood. In attempting to care for Allison on her own, Teddy breaks down. She cries, and cries, and cries some more… because Allison won’t stop crying. In addition, she voices her concerns to Miranda Bailey (Chandra Wilson). “I think I might be a terrible mother,” Teddy confesses. She also admits to Bailey that she hates maternity leave, she wants to use her brain, and get back to work. Bailey provides her with some reassurance when she tells Teddy that she hated maternity leave too, and she turned out to be an awesome mom.

Yes, it’s a lot. But, Teddy’s storyline shows that motherhood looks different for each person. Additionally, her storyline sends the message that it is okay to struggle as a mother, to become overwhelmed, and to experience doubts. You figure it out along the way, and that’s what Teddy is doing. I can’t wait to see her grow as a mother and form a beautiful bond with Allison.

The season 15 finale had many questioning if Amelia (Caterina Scorsone) came out as bisexual. She admits to having a crush on Carina DeLuca (Stefania Spampinato) while talking with Teddy. Well, in the premiere, Amelia confesses her crush to none other than Carina herself! She makes her confession (again!) while attempting to ask Carina if she would be interested in a threesome. This would involve Carina, Atticus “Link” Lincoln (Chris Carmack), and herself. Through Amelia, Grey’s normalizes and provides visibility to bisexuality. This is extremely important because those who are bisexual are known as the “invisible majority.” Many do not view bisexuality as “true” sexuality and place stereotypes on those who identify. But, Grey’s is giving bisexuality representation through one of its most beloved characters.

But, we’ll have to wait for more conversations surrounding Amelia’s sexuality because she is… pregnant!

I cannot wait for the rest of the season, and I cannot wait to see how these important concepts evolve with their characters.

Tweet
bisexualitygrey's anatomymental health awarenessmotherhoodpremiereseason 16sexualitystrong women
Previous ArticleFair Access To Treatment For Infertility Is A Feminist Issue: Why Aren’t We Doing Anything About It?Next ArticleNaga Munchetty Reprimanded For Sharing Her Experience Of Racism

5 Reasons Why You SHOULD Date Indian Girls 14667

Colorism And Anti-Blackness In The Asian Community 10912