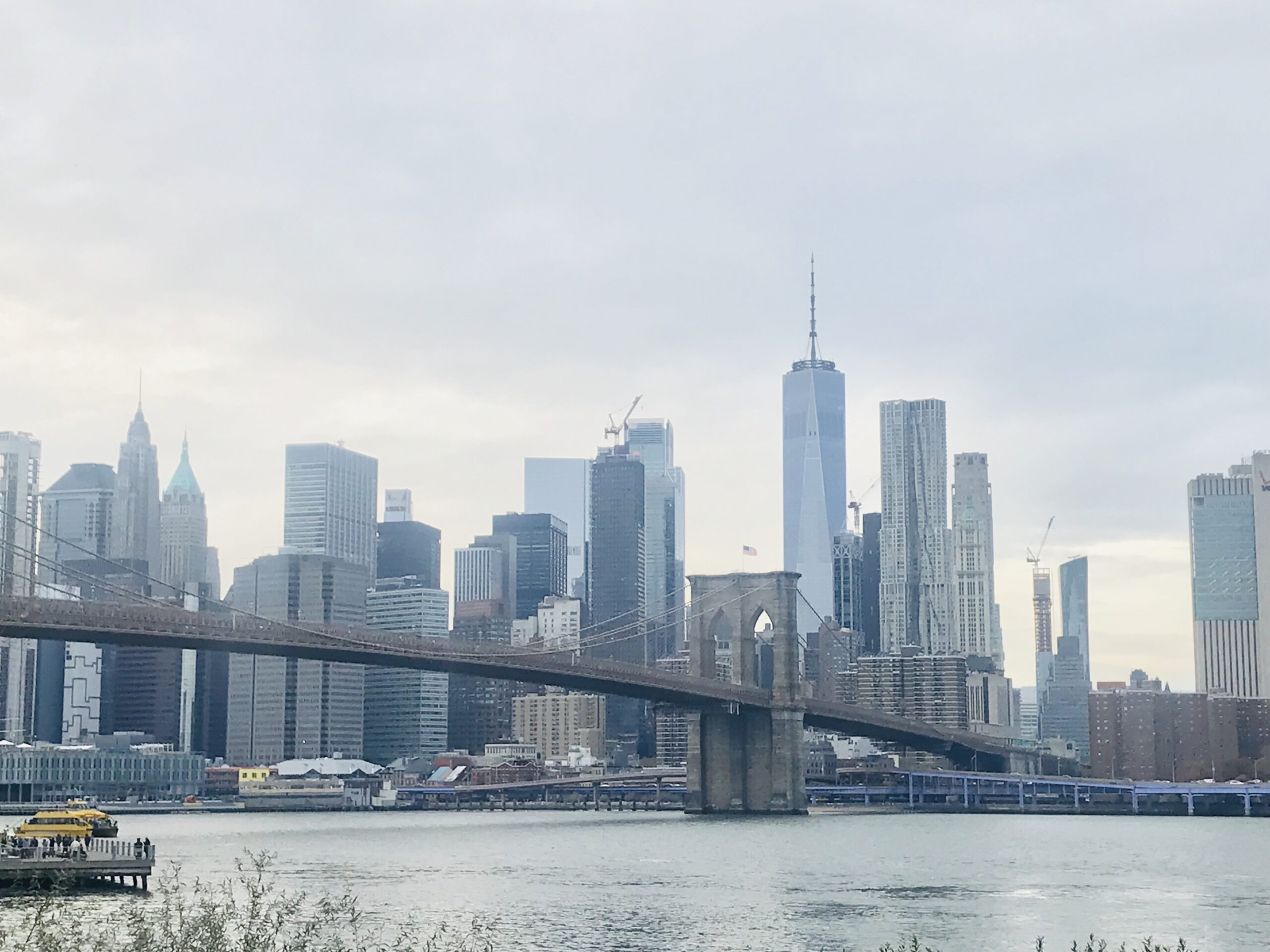 Lately, I’ve been feeling very nostalgic for past times. Not that I’m the only one; 2020 has made most of us long for a time before masks and global death tolls. For me, the memories I miss most are from the times I lived in New York. Right out of college, I got an offer that many people dream of: a new job in New York. Who would say no to that, right? I certainly didn’t. While I might have only lived there for a short amount of time, New York changed me. It changed me in many ways that I can’t explain vocally to people. However, maybe I’ll be able to write about it.

Moving to New York was a shocking, unexpected change in life for me. I always liked the city, but I never intended to move there. But suddenly, I was in the final round of interviews for a job and talking about job contracts and start dates. Then it hit me: I was moving to the East Coast.

I know it sounds like the absolute dream, and it was after a while – but not at first.

See, going to a new city of millions of people but not actually knowing a single one of those said people wasn’t easy. Then, I had an apartment. I had a job and a MetroCard that let me go around the entire city. And while I love to visit new places and explore alone (hint: this is me saying I’ll one day write about my solo trip to Europe), it was lonely. I had FOMO from seeing my friends all going out together every weekend and wondering why I wasn’t with them.

That’s right: I was in the city that never sleeps with all the opportunities in front of me, and I had FOMO. Astonishing, eh?

But this changed when I started to make new friends. Because the friends I made in New York – they’re something special.

What makes them so unique is how open and caring and friendly every single one of them is. And I want to tell you about a few of them.

The first is someone I met through a mutual friend. I lived in New York for close to two months and struggled to meet people when we suddenly hung out and connected quickly. Suddenly, I had a friend that I could text and meet for dinner after work or go out with on a Friday night. I know that doesn’t sound like a huge thing, but it is. Knowing that you have a friend to rely on, someone that you can talk to and spend time with: it’s amazing. And, of course, I now have a great wing woman.

Another friend that I met for the first time when we planned to hang out and get brunch together. The hours flew by, and we connected so well. But that’s not the most important part of this story; anyone can get along over bottomless mimosas. What really made it special was what happened 24 hours later.

I was going through a crisis. This person I had only met once before in my life was there for me. She told me to get up and get out and meet her for dinner and listened to me while I vented and cried over an unexpected death of someone important to me. People are often there for you when you’re having good times. But for someone that I had just met to be there for me during the bad too, that will always mean so much to me.

As we quickly bonded and continued to be friends, she introduced me to another person who would become very important to me. A friend that is sassy and kind and caring and always knows the right things to say when someone around her is down or needs advice. With these two people, my days and nights quickly became a mix of hanging out and chatting and getting dinner and just, in general, having a good time with good people.

Finally, there’s the friend who has become a sister to me. A friend who, two days after moving to New York, asked me if I wanted to hang out. After that, our lives became an adventure you’d only see in a rom-com. From boys to clubs to getting piercings at 1 in the morning and deciphering mixed signals over dinner. She made being in a new city so much better and more exciting.

Now I know you might be wondering why I’m talking so much about these people and rambling.

Here’s the truth. When I first started writing this piece, it was meant to be just about missing a city I was previously living in. But I quickly realized that a big part of the nostalgia and the memories are the people they’re related to.

2020 hasn’t been an easy year for any of us. But what really gets me through each and every day are my memories. I remember that I moved to a new city all alone. While it wasn’t easy at first, I quickly made it my home. Then, I met new people and made memories that I wouldn’t have been able to make anywhere else in the world.

I have hope that one day after the bad times pass, I can get to make new memories again with those people. Hopefully also in the same city.

So here’s to 2019: a year that really made me grow up and changed me. Here’s to friends: the support system that I love and will always cherish. And finally, here’s to New York City: the city I fell in love with. And it’s the city I hope to be back in one day.

As I stated multiple times, the nostalgia has been at an all-time high. I can’t promise that I’ll stop posting the throwback pictures or bugging my friends with a text that says, “remember that time when we.” But, I think I might just start writing a little more about it all too. Maybe I will, maybe I won’t. But stay tuned and find out.

Not All Men, But Enough Of Them: How To Be An Actual Feminist Ally