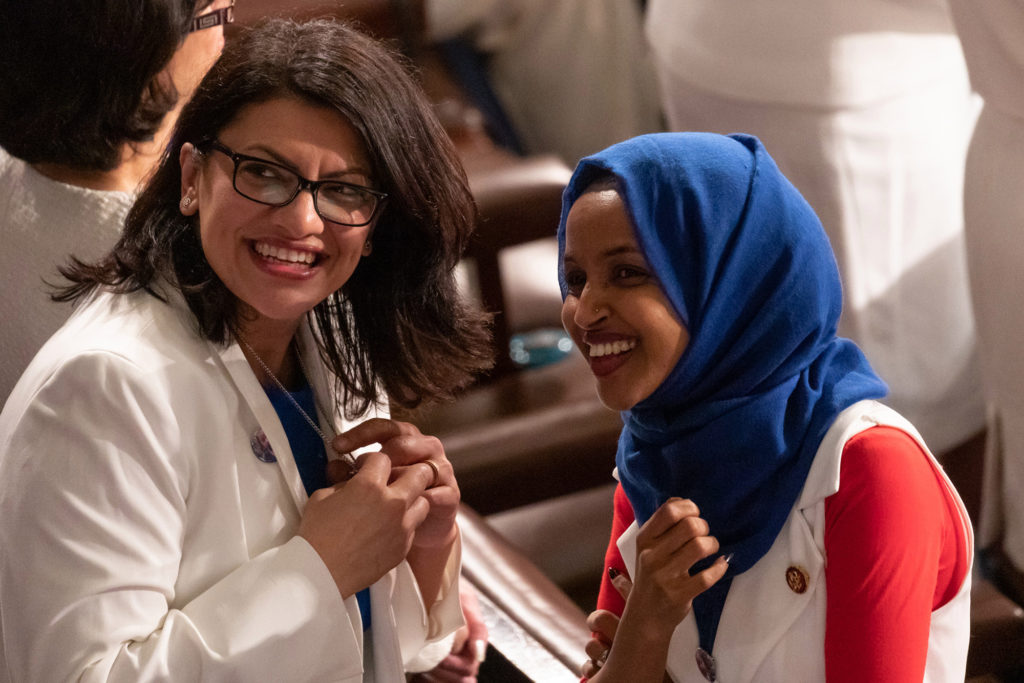 Ever since their election as the first Muslim congresswomen to hold office in 2018, Ilhan Omar and Rashida Tlaib have been a source of political contention in the United States. Alongside fellow congresswoman Alexandria Ocasio-Cortez, Omar and Tlaib have been targeted for their liberal policies by conservatives, and at times even by their own party. In particular, they have been criticized for their advocacy of Palestinian rights and their bold condemnation of Israel. As Muslims, and in Tlaib’s case as a Palestinian-American, it is unsurprising that they should have strong opinions on the Israeli/Palestinian issue. Nor is it surprising that their colleagues were offended by their strong views.

The United States has a long history of supporting Israel, even at the detriment of our own national interest. This support is deeply rooted in our society, and to question it or challenge the morality of Israel’s policy on Palestinians is considered synonymous with Antisemitism. Disturbingly for a nation so concerned with human rights in other regions of the world, indeed even in other Middle Eastern countries, the United States has historically taken little interest in the plight of the Palestinian people.

This traditional silence is exactly why it is so important and beneficial to have Omar and Tlaib in office. Not only do they represent and advocate for marginalized communities, but they are also unafraid to breach taboo subjects in Congress as well. For too long our politicians have tiptoed around controversial subjects in the hope of reelection. We need policy-makers like Ilhan Omar and Rashida Tlaib, who are willing to stand up and fight to make our country a better place.

Regardless of political affiliation, policy, or faith, we must be grateful to politicians like Omar and Tlaib simply because they’ve opened up a dialogue. For over 70 years, there has been little political dialogue on American support of Israel, and it is high time that we start talking about it. It ultimately doesn’t matter whether we agree or disagree, just so long as we have the conversation. The greatest benefit of living in the United States is the opportunity to question ourselves and our government, and we should take advantage of this privilege to ensure that our political needs and desires are met no matter how uncomfortable the process.