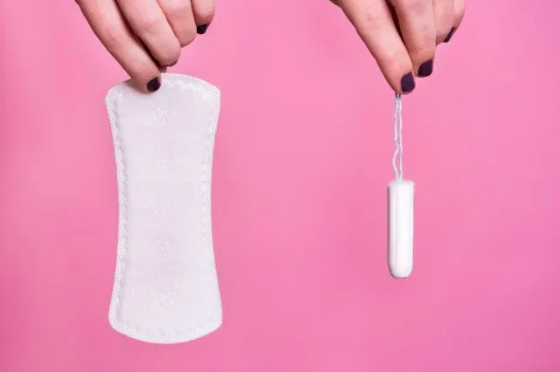 Last week, my classmate asked me if I had a spare tampon.  As I nodded and reached for my bag, she swiftly put her hand on my arm, whispering: “No, it’s okay.  Just pass it to me right before I get up and I’ll hide it in my jacket.”

This strategic dialogue is one that is all too familiar to women who have periods.  Ever since middle school, we’ve devised intricate tampon-hiding plans in our heads, methods to conceal the embarrassment we’d be sure to face if a peer saw a godforsaken menstrual product.  Despite the fact that women spend roughly three to ten days a month dealing with period-related changes to their bodies, we are still expected to keep our periods quiet and hidden, tucked away like the tampons we desperately try to hide.

But why do we treat discussions on periods as a taboo?  The act of menstruating is a natural process that billions of people across the world experience.  In fact, at any one time, around 300 million people are on their period. Yet, menstruation is still stigmatized as an unclean experience and society has bestowed on women the fear of being discovered accidentally bleeding in public or bleeding in general.

“Menstruation stigma is a form of misogyny. Negative taboos condition us to understand menstrual function as something to be hidden, something shameful. And by not naming a thing, we reinforce the idea that the thing should not be named.”

Talking about periods is so taboo in some places that gender stereotypes are reinforced and women are hindered from a variety of opportunities.  Take India, for example, where menstrual education is virtually unheard of. The lack of functioning toilets, menstrual facilities, and medical awareness results in nearly 23% of girls dropping out of school once they reach puberty.  Girls are often too embarrassed to ask for sanitary menstrual products and instead turn to unhygienic materials such as old fabric, newspapers, or wood shavings.  The use of such alternatives puts women at a higher risk of reproductive tract infections that are nearly impossible to treat in rural areas. The cultural inability to talk about periods has serious implications that harm women’s health and prevent girls from pursuing their passions.

Even in developed nations like the United States, the absence of menstrual discussion leaves many facilities without sanitary pad disposal bins or trash cans in women’s restrooms.  This summer, I visited the Boston Conservatory at Berklee, my parents’ alma mater, and learned that women’s bathrooms didn’t even exist on certain floors until recent years. On many aged campuses, women are forced to search hard to find bathrooms, let alone a bathroom with disposal bins or accessible menstrual products.  Beyond the lack of period-friendly facilities, thirty-five states still tax menstrual products, adding roughly $5 to $10 to these products that women need to purchase each month.  For women who struggle to make ends meet, a “pink tax” can be devastating. A recent survey of low-income earning women found that nearly two-thirds couldn’t afford menstrual products such as pads or tampons.

Before I go any further, in no way am I implying that it is the fault of women who are embarrassed to talk about periods that discriminatory measures such as a tampon tax exist.  For centuries, our laws and societies have been male-dominated and have continually perpetuated sex-based discrimination. However, our inclination to use euphemisms such as “that time of the month” or crafting code words to avoid the discussion on periods empowers the period taboo.  If we can’t talk about periods in our everyday lives, it is impossible to talk about menstrual-equality on the legislative scale.

Women, the conversation needs to start with us.  For too long, we’ve been taught to stay silent about discomfort, hiding tampons in our jackets to protect the fragility of others.  If we start the conversation about how period shaming is more than just emotionally offensive and raise awareness on how financially and physically damaging it is, then even those who are uncomfortable talking about menstruation will be confronted with the importance of normalizing the talk around periods.