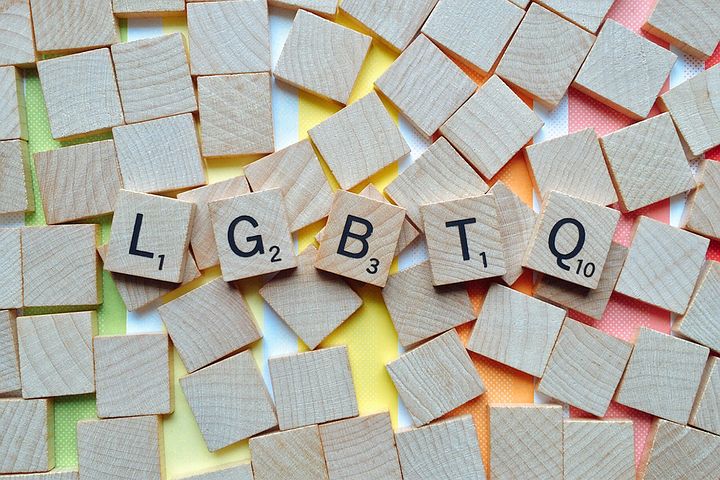 Over a month ago, YouTuber Alayna Joy posted an emotional video coming out to the world again. But this time, she came out as gay. Joy gained popularity by being a bisexual icon, educating her followers about bisexuality among other LGBTQ+ identities and issues. In her video, which you can watch here, (and a second video posted after going more in-depth here), she expresses the guilt she feels for not staying true to her past identity. She also talks about how it was hard for her to realize she was gay instead of bi, due to the idea of heteronormativity, or the idea that heterosexual relationships are the norm. Heteronormativity soaks through many cultures, making those who are not straight “come out” as something different. It also leads to compulsory heterosexuality or expecting everyone to be straight.

In a culture where the assumption is everyone is straight, it can be very difficult to realize your sexuality. And once you realize you aren’t straight, there still might be confusion on how you want to identify.

In many places, people are beginning to view sexuality as a spectrum instead of black and white, as many have viewed it in the past. Although this view allows for more freedom, it makes choosing an identity more complicated. People are no longer just gay or straight, they can be bisexual, pansexual, asexual, and many other labels.

The benefit of many options is that there is a higher chance that a label will more accurately describe someone’s identity. A person can feel more understood and worry less about fitting all of the checkmarks for a wrong label. There’s also pride when talking about your label! It is nice to feel a part of a group.

But there are also downsides to the normalcy of choosing a label. For some, realizing that they are gay or pan might be super obvious. But for others, the tricky task of “getting it right” can be much harder than expected.

Compulsory Heterosexuality — So You’re Saying I Don’t Have To Like Boys?

The situation that Alayna Joy faced is not uncommon. Many people – both men and women – struggle with figuring out whether or not they like all genders or only those of the opposite gender (including gender non-conforming people). I am one of those people, trying to distinguish if I am bisexual or gay. I thought it would be easy to figure out who I like, but I have learned that many variables come into play when it comes to attraction. One of those variables being compulsory heterosexuality.

It’s a pretty hefty term, so what does it mean? And why is it muddling up people’s ability to figure out who they want to be with? Compulsory heterosexuality takes heteronormativity even further, not just assuming that people are straight, but expecting them to be. Due to this, many kids grow up in a culture where they are presumed to be straight and taught that they must like the opposite gender. Unless they know from a young age that they are gay, they will believe that liking the opposite gender is normal and will become accustomed to it. If they realize they like people of the same sex, then wow! They’re bisexual! And bisexuality allows for a person to like all genders at different percentages, not just 50/50.

The problem is, as Joy’s videos show, that some people who identify as liking all genders might only like the opposite gender due to compulsory heterosexuality. When you grow up thinking you’ll be with a man and you’re a woman, and you have crushes on boys throughout school, it is hard to shake the idea that maybe you actually only like women. Because the practice of heterosexuality has been ingrained in your culture through every facet, from TV shows to salt shakers, it might be hard to believe that the only reason you have liked the opposite gender is that you thought you had to.

Joy realized that her “attraction” to men was due to compulsory heterosexuality and had to make life-altering changes. She ended her engagement to a man and realized much of her work content would change in the future. Many now-lesbians admit to going through a bisexual stage before realizing their current label. It took them self-reflection on their actions and feelings to realize this, and some may still be unsure. This also doesn’t mean that no one is bi. Bisexuality is very real, and many people identify that way.

I still identify that way, although I question what label I feel comfortable with every day. Sometimes I have to ask myself questions to try to figure out my attraction, like “Do I want to be with him, or do I just like his aesthetic?” or “Am I flirting with him because that is what I am used to doing, or do I actually like him?” I don’t have to ask myself these questions when I interact with womxn. I am still figuring out who I am, but I am aware of the outside influences on my sexuality now.

Queer, An Umbrella Term For All

For others who struggle with this issue and other issues of labels, the identity of queer has become much more popular. Queer can mean anything that is not heterosexual and allows for more freedom than other labels give. It has been used as a derogatory word against those in the LGBTQ+ community, so not all members are comfortable with using queer to express themselves. But for someone who is not sure what exactly they are, queer can be a comforting term that includes them in the LGBTQ+ world.

More Than A Label

Labels dominate our lives, in both good and bad ways. But if you are not comfortable or sure with which label defines your sexuality, that is okay! You don’t have to be any one thing, just be yourself and love who you want to love. You might figure out which label fits best in the future. Or you may realize that you are okay without explaining yourself to every person you meet. Sexuality is complicated and confusing at times, especially in a world that sees heterosexuality as the default.

From here, it is important to educate yourself on LGBTQ+ history and learn how history affects the present day. Then reflect on yourself and how you feel. Try to break down all the negative mental barriers you grew up with, including compulsory heterosexuality. Be comfortable with the idea that our norms are not the true norms, only what we have been taught. And lastly, be accepting of others and yourself.

Read also:
Suppressed At The Polls: Why It’s Hard To Vote While Transgender
Queerness As Historical Impermanence
Margaret Costanza And Jean O’Leary Helped The LGBT Community During Second-Wave Feminism

365 Days And The Normalization Of Rape Culture

We Have A People Problem