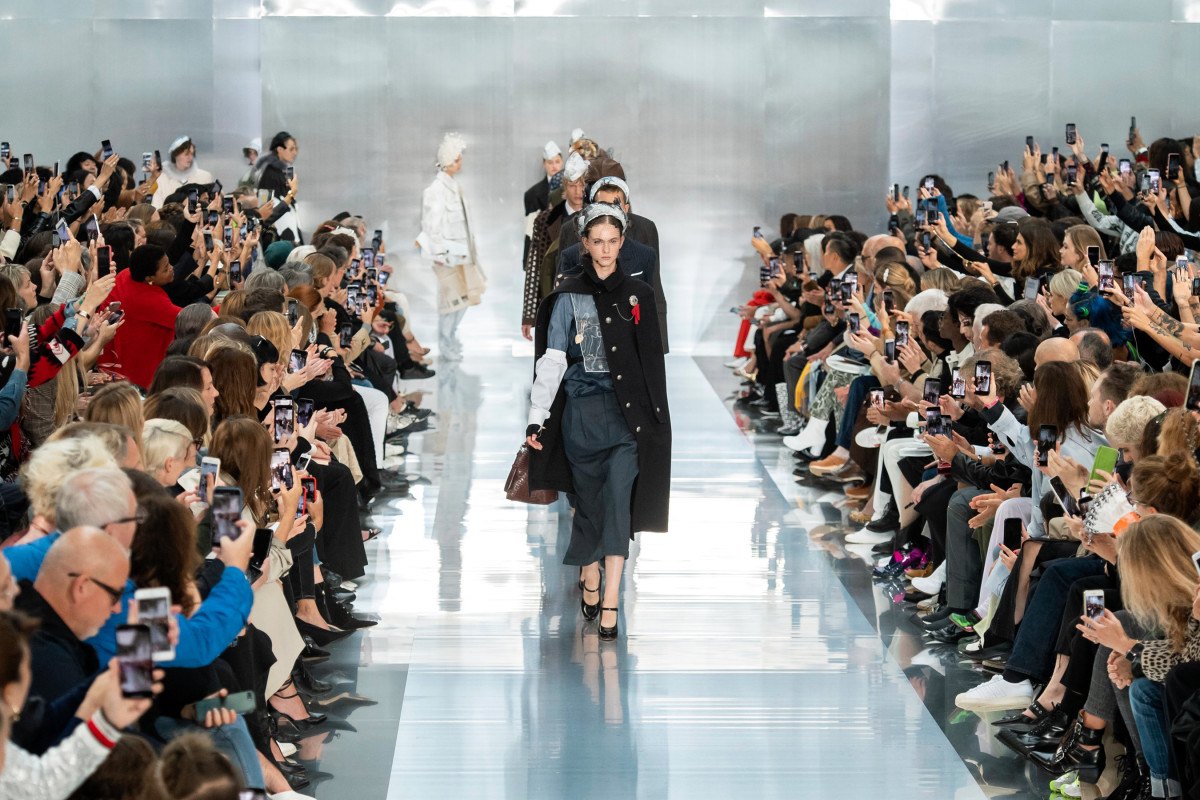 The audience watches in awe as models begin strutting down the runway one by one. Each design is strikingly unique. Behind the runway, hair and makeup artists scramble to prepare finishing touches on the next model’s fashion debut.

At first glance, it seems obvious that the fashion industry is ruled by women. After all, women are responsible for 70-80% of all consumer purchases in the United States. Even fashion schools cater to a new generation of mostly-female designers. As a student from the Fashion Institute of Technology, where 85% of the population is female, fashion plays a significant role in self-expression.

Upon further research, while the fashion industry is supported by women, it is consistently dominated by men. According to “The Glass Runway,” a study produced by Glamour magazine, women in the fashion industry begin their careers with the same ambitions as their fellow male colleagues and are even more likely to ask for promotions. By the time they reach the middle management levels, women become less ambitious, less likely to aim for bigger jobs.

Another study, formed by the Business of Fashion, revealed that 70% of the fashion industry consists of women but less than 25% of them occupy leadership positions.

It’s ironic that the very industry responsible for the confidence of so many women is the same one pinning prejudice against them. This doesn’t negate the work of men in any way, but statistically, although a majority of the industry is female, the smaller male percentage has a greater chance of rising to the top. If this is the case, then where does the illusion of powerful women ruling the fashion industry come from?

I once looked up to the industry for granting women a creative outlet in which they could empower themselves. For my middle school self who ditched her school uniform for the first time, fashion transformed into a symbol of creativity. While taking courses at FIT, I discovered how Coco Chanel used fashion to accentuate parts of a woman that were considered outrageous to flaunt. The iconic designer managed to popularize the skirt, using the leg-revealing trend to empower women into stepping out of society’s norms.

Perhaps one of the most notable figures in the industry up-to-date is Anna Wintour, the editor-in-chief of American Vogue magazine herself. Her icy demeanor and iconic hairstyle soon became the inspiration for antagonist Miranda Priestly, the editor-in-chief of a fictional fashion empire captured in The Devil Wears Prada, a book-to-movie adaptation created by Wintour’s former personal assistant.

For invested individuals, fashion exceeds the simple t-shirt, transforming into a tool of empowerment among women. Through it, we can create a space where creativity and self-empowerment intertwine.

It’s time for society to stop creating the illusion of powerful women in the fashion industry and to start truly supporting them instead. Underneath the ‘pretty’ models in extravagant gowns who are often featured on magazine covers, women are the foundation of the $2.5 trillion industry. It’s time to give them the recognition they deserve.

Read also:
The Link Between Depression And Oral Birth Control
Female Entrepreneurship In Ghana
How Moving Out Of London Gave Me A Glimpse Of How I Should Be Treated

The Muslim Woman That Had Her Hijab Removed